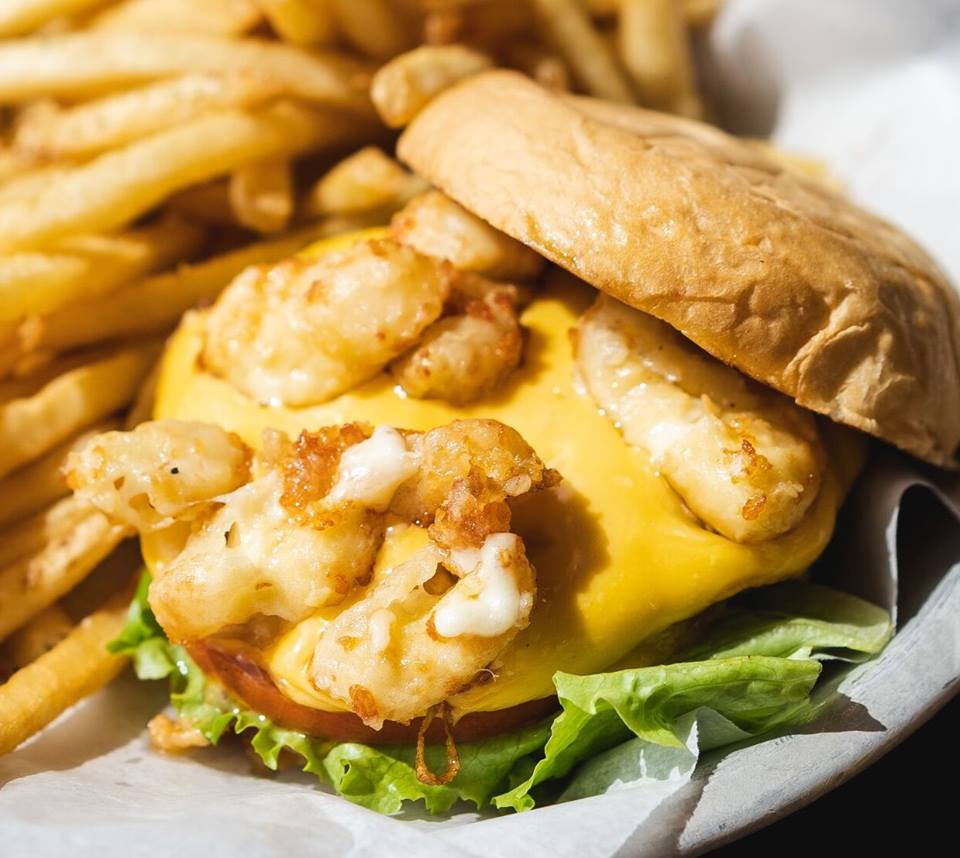 For those who believe that everyday can be a holiday, you’ll be glad to know it’s National Cheeseburger Day across the country.

The holiday will be observed by many, including the two Milwaukee restaurants SafeHouse and AJ Bombers.

SafeHouse, located at 779 N. Front St., will cut the price of all burgers on the menu in half from 11:00 a.m. to 2:00 p.m. But the celebration doesn’t stop after today—the restaurant will offer half off burgers all week (through Friday, September 21st) during the specified time. More details can be found on SafeHouse’s website’s event page.

AJ Bombers, located at 1247 N. Water St., will also deem this holiday worthy of a week-long celebration. Matt Wild of Milwaukee Record has more information on their specialty:

The ever-popular downtown eatery is serving up the delightfully named “Cheese on Cheese on Cheeseburger” all week long. “The specialty burger for the week will feature Bomber sauce, lettuce, and tomato—topped by American cheese, Colby cheese, and house-made fresh cheese fried curds,” says a press release. All orders come complete with a complimentary scoop of frozen custard (for a future visit).

More nation-wide specials in observance of National Cheeseburger Day can be found on an article published by Today.

Tavern at Turner Hall to Open in October 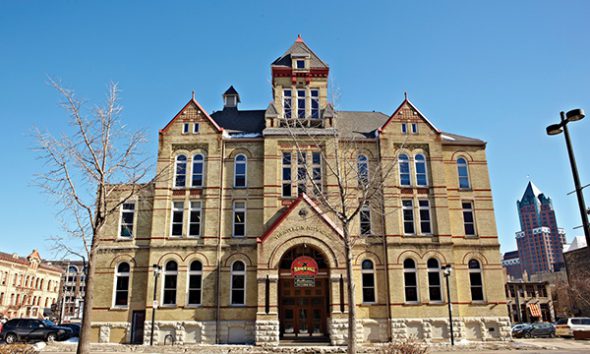 A new restaurant at Turner Hall announced it will be able to open just in time for the Milwaukee Bucks‘ first exhibition game on October 3.

Tavern at Turner Hall, located at 1038 N. Vel R. Phillips Ave., is replacing a previous restaurant space at the 136-year-old Turner Hall which closed in May and only operated on Bradley Center event nights. The new venue will be operated by Mike Eitel‘s Caravan Hospitality Group, who also own Nomad World Pub.

In July, when the new tenant was made public, Turner Ballroom Preservation Trust Chairman Gary Grunau said the trust wanted an operator who would serve lunch and dinner daily at the restaurant…

The restaurant will serve a Friday fish fry and pan-seared whitefish with potato pancakes, prime rib on Saturday, and a variety of other entrees, burgers, sandwiches, tacos, rice bowls and appetizers, such as variations on loaded fries and chicken wings.

Prices mostly fall from $7 for a basic one-third pound burger with fries to $34 for a 16-ounce rib-eye steak dinner. 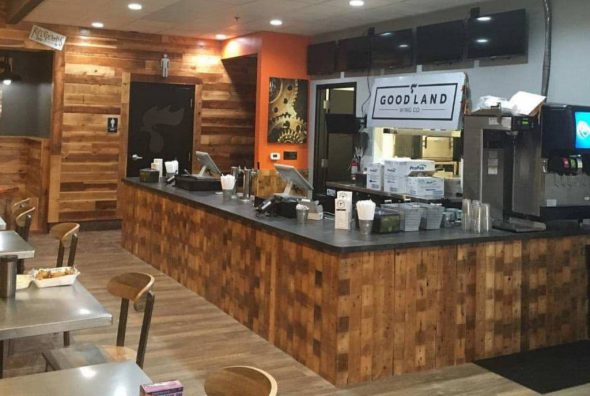 A new spot for wings is coming to Oak and Loc.

Good Land Wing Company, located in the former space of Cold Stone Creamery at 2907 N. Oakland Ave., is preparing for its grand opening next week, on September 27.

Owned by Adam Brown and his son, Josh Brown, the restaurant aims to bring a healthier style of baked wings, focusing away from frying with grease.

The restaurant will offer “leaner chicken wings that are baked,” and “not fried in grease,” the press release promises. The wings will be GMO-, steroid- and cage-free, and will be baked for 45 minutes, then flash-fried for 3 minutes before being served. The method aims to reduce to amount of fat so that health-conscious diners can order wings more often…

Apart from the main attraction, a myriad of other dishes will also be available. Appetizers include white cheddar mac & cheese, mac & cheese wedges, fryer-less onion rings and veggie sticks & dip. Along with salads and wraps, other meal options include popcorn chicken and skillets (tater tot, poutine or mac & cheese).

Big Country is getting bigger. Due to the popularity of BigCountry’s Barbecue located at 8167 W. Brown Deer Rd., the restaurant is opening at a new, much bigger location.

The current location is now closed until the new location opens its doors.

Deptolla has more details on the move:

It’s in a largely vacant plaza that was known as Northwest Fashion Square… BigCountry’s Barbecue is taking over two vacant storefronts in the plaza that are nearest Brown Deer Road, with the highest visibility.

Neither of the storefronts that the restaurant is taking over had a kitchen, so Morris is installing a kitchen and building a bar. He expects to hire 20 to 25 employees.

Owner Tyrone Morris has long history with cooking: he grew up in Missouri and started at the age of 10. His passion for barbecue likely comes from his parents, who have been in the catering business for over 40 years specializing in barbecue.

The new location of BigCountry’s Barbecue is projected to be open by the first two weeks of October.

The Story of Crawdaddy’s Continued

Two months ago, you would have thought Crawdaddy’s was gone for good after closing in July. Now, the name “Crawdaddy’s” is splitting into two different venues.

Formerly located at 9427 W. Greenfield Ave., the Cajun-style restaurant Crawdaddy’s closed down on July 16. The property at that location has since been purchased by another proprietor, Larry Meyer, whose son Troy will soon operate a new spin-off named Crawdaddy’s on Greenfield.

Crawdaddy’s Roadhouse will replace the former location of The Chance Pub and will, according to Klug, try to revitalize the lively vibe of the old Crawdaddy’s.

Lori Fredrich of OnMilwaukee has more on the Roadhouse:

Klug says the concept, named for its proximity to I-41, will knit together classic cajun and creole fare with a Southern roadhouse theme, live music and a fun, lively vibe.

“I’ve researched roadhouse menus all over the country … from Canada and St. Louis to Florida and Louisiana,” he says. “And we’ll be pulling together our twists on classic roadhouse dishes.”

Owners of Sushi Go have announced the closing of their brick-and-mortar restaurant in Bay View with a sentimental Facebook post last Wednesday, September 12.

Although the restaurant will be closing, the Sushi Go food-truck will remain in the area until the end of the year before the owners find a new home for their business in New Mexico.

The restaurant’s closure follows a year in business at its Bay View location, which opened in September 2017. Trenbeth and Irmiger have been operating the food truck since 2015. It’s unclear if their food truck in New Mexico will remain Sushi Go or if they plan on a new concept or name.

West Allis restaurant Ka-Bob’s Bistro recently closed its doors after being in business since Spring 2016. But a flock of potential restaurant owners are interested in reopening a place at this location, 6807 W. Becher St., according to the building’s owner Mark Lutz.

Jane Ford-Stewart of the Milwaukee Journal Sentinel has more details:

Ka-Bobs owner Bob Nicholson had operated a catering business as well as the restaurant. Now, he intends to focus on catering, Lutz said…

Lutz also said a new restaurant at this location could be announced by October. He said there are currently eight other restaurants looking to purchase the now-vacant space.