Home For a Lieutenant Governor?

Mandela Barnes' northwest-side condo was once part of segregated neighborhood. 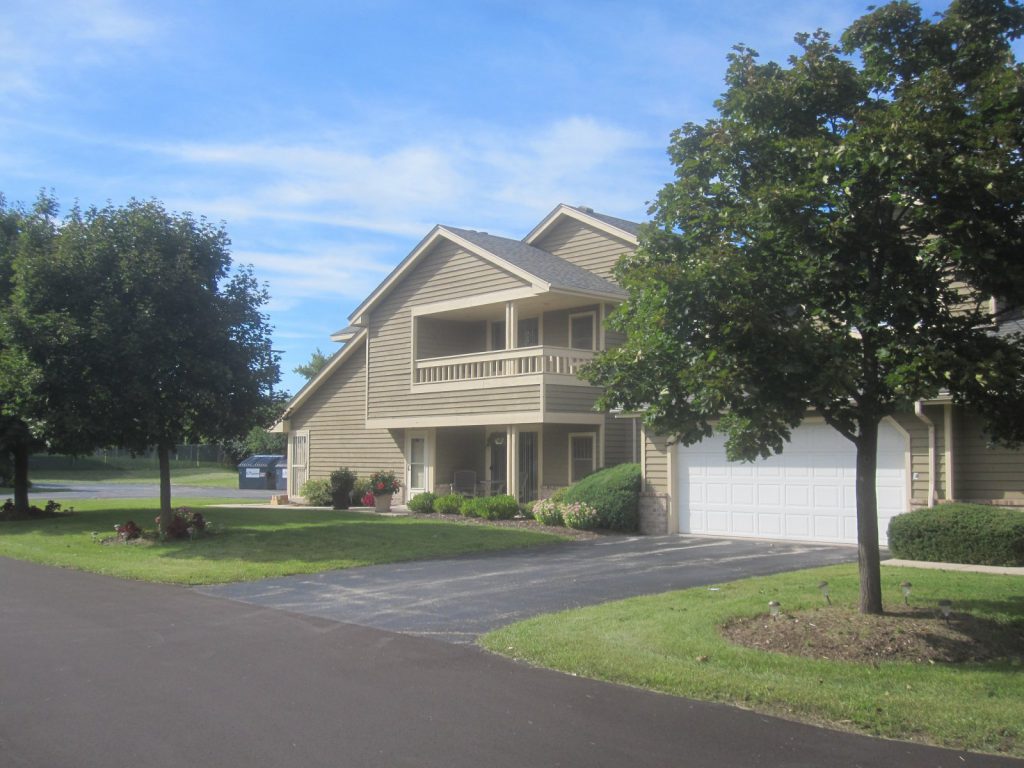 Mandela Barnes, the Democratic candidate for Lieutenant Governor, had a remarkable revival of his reputation just prior to the primary election. Barnes, an African-American who was named after South African patriot Nelson Mandela, was reported to be white.

Even worse, he was reported to be dead, which would have been fatal to his political aspirations.

In one week, I’ve been:
✅ left off election notices
✅ killed in a motorcycle accident
✅ Sammy Sosa’d
…and now they’ve given me a wife that I never met 🤨https://t.co/DTFdEIV7lO

Barnes, 31 and single, lives on the northwest side of Milwaukee in the Lincolnshire Condominiums in a 12-unit building constructed in 1992. It is one portion of a total of 120 apartment units developed on a 12-acre site by the Gritz Brothers partnership over a period of years, and since converted to condominium status. The developers also built the adjoining 240-unit Presidio Square and Presidio Lane apartments in 1990.

Lincolnshire may refer to a county in the East Midlands of England, or to a village in Vernon Township, Illinois, but for most the name will evoke an image of Abraham Lincoln, the Great Emancipator. And some emancipation was once needed for this Milwaukee neighborhood.

Was Focus of Fair Housing Case

In 1993 the then-Lincolnshire Apartments came to the attention of the Metropolitan Milwaukee Fair Housing Council. According to the organization, “the purpose of MMFHC is to promote fair housing throughout the State of Wisconsin by combating illegal housing discrimination and by creating and maintaining racially and economically integrated housing patterns.”

In the discrimination case, it seems that a number of otherwise qualified (read: “middle class”) potential renters were denied leases at the Lincolnshire Apartments simply because they were not white. In some instances apartments that were available for lease to whites were said to be already rented when the African-American applicants inquired. Three women eventually complained to the council, which had developed a simple and very effective means to investigate and verify such claims through the use of “testers.” The testers were volunteers who matched the profiles of the denied applicants in most respects, including age, gender, income level and creditworthiness. The only substantial difference is that the testers were white. Significantly, the testers were much more successful in having their applications accepted than were the complainants. The state of affairs at Lincolnshire fell short of the ideals of Lincoln and the original Mandela.

The council filed suit, claiming that the owners discriminated based on race, holding black people to different standards than whites.

The council won its federal case, as it usually does. (Over the past 35 years the organization has filed 600 such suits, and prevailed in all but eight instances.) In 1997 a settlement of $117,000 was reached with the developer/owners, Dennis Gritzmacher and his brother Harold Gritzmacher. The brothers were ordered to pay a $50,000 civil penalty to the federal government, as well as $33,765 in damages to the three home seekers, the testers and the Fair Housing Council along with $33,764 in attorney fees. At the time, it was hailed as Milwaukee’s largest settlement of its kind.

William Tisdale, the President and CEO of the council said at the time, “This case clearly shows that race discrimination is still the most pervasive kind we see in this office.”

Twenty years later, Tisdale and his group continue to focus on the seemingly intractable problem of racial segregation in housing. This year it has filed suits against Deutsche Bank and the Bank of America, claiming they failed to maintain their foreclosed properties in black neighborhoods to the same standard as those in white communities. Neglected vacant properties, particularly in residential neighborhoods, can have a chilling negative effect on the value of nearby occupied and well-tended properties, no matter the race of the owners.

When Linconshire was built, in the early 1990s, the biggest concern in the development of multifamily luxury housing in the city was a fear of crime. This perception was countered here by enclosing the entire development with a fence. Access would be by guardhouse, equipped with barriers to prohibit unauthorized entry. Today the gatehouse is padlocked, and the barrier is up. The fence remains, however, preventing unauthorized access to the development.

There is a stern warning sign, somewhat rusted and its lettering faded to greet visitors and residents. 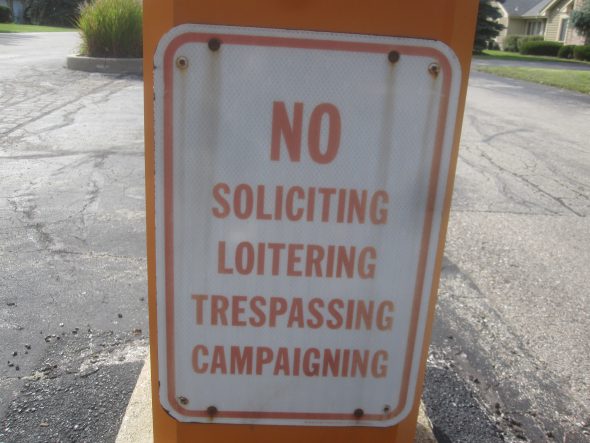 Mr. Barnes better think twice about knocking on his neighbors’ doors asking for their vote!

In November, 2017, Barnes bought this 2-bedroom, 2-bath, 1,432-square foot second floor condominium unit for $109,000, a premium to its assessed valuation of $82,600. It has a deck overlooking its neighbors on the quiet street, which is attractively landscaped and well-kept. The unit has an open kitchen with lots of outlets at counter level in the U-shaped working area. The sink is set in the corner, at an angle, with a dishwasher nearby. The stove is electric. The living room has a coved ceiling, along with a fireplace set flush into the wall. There is ample light in the unit, as well as a view of the nearby Wyrick Park, which I had never heard of either.

This is a part of the City of Milwaukee that was annexed from the former Town of Granville, which no longer exists. The casual observer would be forgiven for thinking this locale was in a suburb, and not in a major city, since it is not on the street grid, nor connected to much of anything else other than more of the same, which is blandly inoffensive, and hardly a pinnacle in the annals of the New Urbanism movement or its chief booster (and later head), John O. Norquist, who was mayor at the time of its development.

Ironically, among the few places you can get to from here by foot are two country clubs. After all, what’s a gated community without a country club nearby? To the east, across W. Good Hope Rd., is the former Tripoli Country Club, a 150-acre parcel founded in 1921. It is now the University Club Country Club after a 2016 merger with its downtown namesake. Crossing Good Hope and heading to the west, you will encounter the Wisconsin Club‘s Country Club. The U Club’s downtown rival has operated this 200-acre facility since 2009, and has owned it since 2011. It was originally founded as the Brynwood Country Club in 1928. The organizers at the time were members of the Jewish community who had faced discrimination when they tried to join private clubs like the North Shore Country Club, then located in Bayside.

After a move to Mequon in 1964, the former North Shore Country Club site located north of Fairy Chasm Rd., was developed as housing, and now hosts a significant Jewish population. And today, the stolidly middle class Lincolnshire Condominiums has a significant African-American population. It is located in Census Block 1009, which has a population of 442 blacks, and 62 whites according to 2010 Census figures.

Who is “J. Mandela Barnes?”

Thirty years ago, when the office of the newly elected U.S. Senator Herbert H. Kohl refused to tell me what the “H.” stood for, I headed down to the courthouse, looked up the birth certificate for Herbert Herschel Kohl, and publicized my findings in an article for Milwaukee Magazine. I don’t think he has ever forgiven me.

According to real estate records, “Mandela” is Barnes’s middle name, since his condominium is listed in the name of “J. Mandela Barnes.” I sent a message to his campaign office asking what the “J.” stood for. I received this statement from campaign manager Justin Bielinski: “I’m actually not sure. He’s never gone by it in any setting.” When I mentioned in a followup question that the initial is on the deed to Barnes’s house, he responded: “Yes, I’m aware of the legal name, I just don’t know what it stands for. Sorry.”

Off to the Register of Deeds! 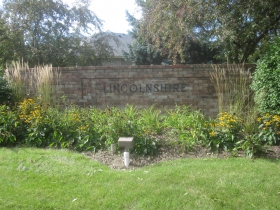 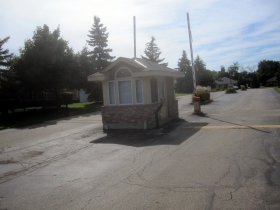 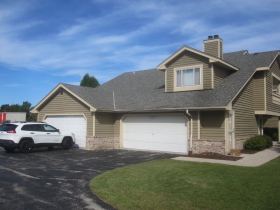 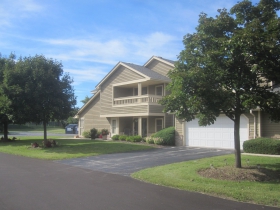 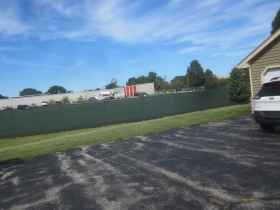 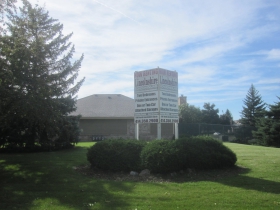 One thought on “House Confidential: Home For a Lieutenant Governor?”