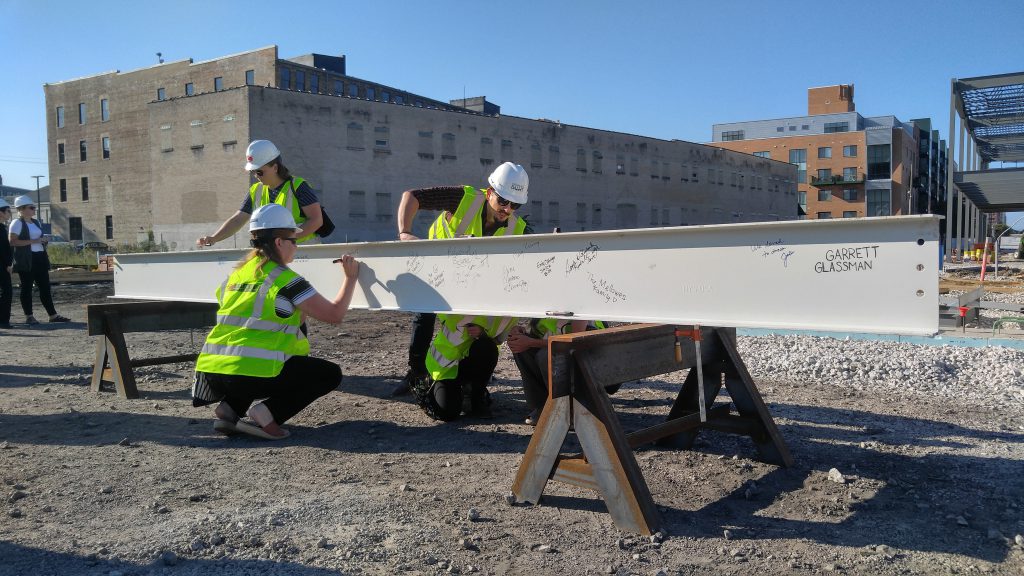 Just a few months after breaking ground for the Baumgartner Center for Dance, the Milwaukee Ballet showed progress for its new home by holding a “beam signing” for those involved in the project.

On Thursday, September 13 board members, staff, ballet participants and donors were invited to sign their name on the final structural beam of the new center to mark a milestone in its construction, which is anticipated to be finished by September 2019.

The Baumgartner Center for Dance, located at 132 N. Jackson St., is named after board members Donna and Donald Baumgartner, who have supported the project by giving a transformational gift of $10 million to the Milwaukee Ballet. The Baumgartners are long-time supporters of the Ballet, contributing to the company ever since the 1970s.

In a media release, Donna said: “It gives us immense pleasure to make this milestone gift more than 40 years later.”

The new center will house the same administrative functions, rehearsals, and operations of the Milwaukee Ballet School & Academy that the current headquarters at 504 W. National Ave. does, but is much larger. The Baumgartner Center for Dance will cover two-stories and 52,000 square feet, featuring seven studios instead of the current four. It will significantly raise the company’s profile, artistic director Michael Pink has promised.

The Milwaukee Ballet’s capital campaign revolves around this new center, and with nearly $23 million raised, is nearing its goal of $26 million to focus on the organization’s aim to upgrade its artistry, education, and community outreach. The organization raises roughly $3 million every year just from donations.

The Milwaukee Ballet also noted its progress in the 2017-18 season, citing a 25 percent growth in community engagement and record-setting ticket revenue of more than $2.5 million. 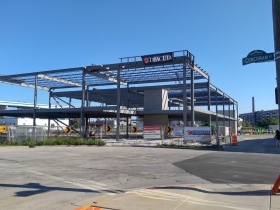 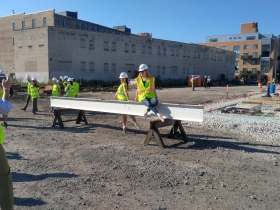 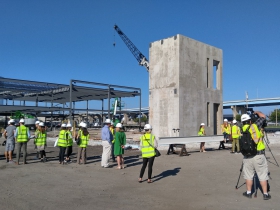 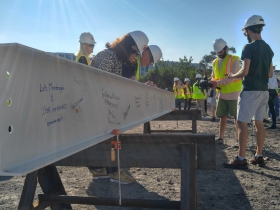 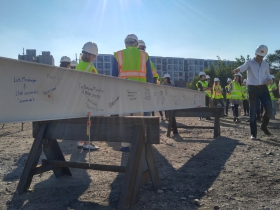 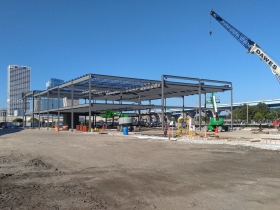