Vukmir would repeal Obamacare, leave many without health coverage.

Vice President Mike Pence visited Wisconsin recently. Moments after landing in Milwaukee, he was asked about my new legislation to protect the over 2 million Wisconsinites who have preexisting conditions.

In his response, with just a few words, Vice President Pence outlined what this U.S. Senate election is really about: health care for millions of Wisconsinites. 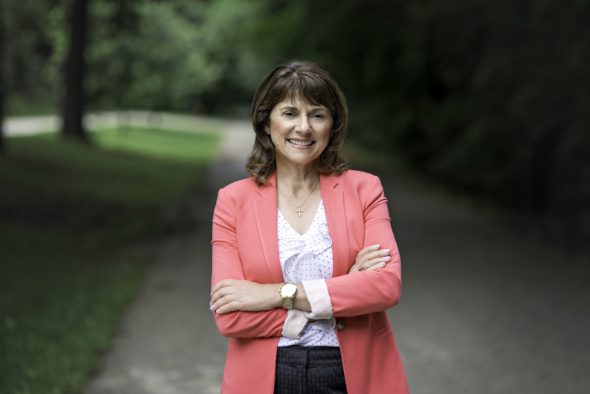 The vice president said, “We made an effort to fully repeal and replace Obamacare, and we’ll continue with Leah Vukmir in the Senate. We’ll continue to go back to that.”

The health care repeal effort that the vice president is referencing caused an outpouring of concern and outrage from Wisconsinites across the state. Washington was on the verge of ramming through a special interest-backed bill that would have put insurance companies back in charge of Wisconsinites’ health care, jacked up costs and premiums, led to millions more uninsured, gutted protections for people with preexisting conditions, and imposed an age tax on Wisconsinites 50 years and older, according to the AARP.

That repeal bill failed by just one vote. If my opponent, Leah Vukmir, had been in the U.S. Senate last summer, she would have been the deciding vote on taking people’s health care away.

That vote would have had dire consequences for so many Wisconsin families.

Recently in Oshkosh, I sat down with some of those families. Their children have preexisting conditions. One young man survived cancer. Another little girl has congenital heart defects. A young boy named Jack already lost his big brother to a rare genetic disease, but hopefully he’ll get the treatment he needs to live a full, happy life.

Each of their parents told me how much preexisting condition protections mean to them. It can save them from bankruptcy — and it can help save their child’s life, too. That’s something worth fighting for.

After that vote, I’ve worked to push forward plans that can fix the system, lower costs and get more Wisconsinites covered. That’s what we should be working toward, but my opponent is focused on moving us backward and putting the insurance companies back in charge.

This contrast was on display last week, as I introduced legislation to overturn the Trump administration’s expansion of junk insurance plans, which can deny coverage to people with preexisting conditions and don’t have to cover essential services such as prescription drugs, emergency room visits and maternity care.

And this week, a federal court is hearing arguments in a case that could end the protections Wisconsinites with preexisting conditions have today.

Yet, in both of these instances, Vukmir has sided with powerful insurance companies over Wisconsinites with preexisting conditions. She has come out in strong opposition to my legislation to stop junk insurance plans, she supports the harmful lawsuit to eliminate protections, and she backs the approach being pushed by big insurance companies. They would like to see the protections Wisconsinites have today eliminated, and then throw people with preexisting conditions back into high-risk pools.

This system was once in place here in Wisconsin, and while some people were covered, over half a million Wisconsinites we left uninsured, many families couldn’t afford the expensive plans, and they also faced six-month waiting periods and lifetime caps for their care.

I know what that was like. When I was 9 years old, I was at a Badgers game but I had to leave early with a high fever. I ended up spending three months in the hospital. I fully recovered, but insurance companies had stuck me with the label of having a “preexisting condition.” My grandparents who raised me couldn’t find coverage for me, at any price.

That’s what makes the fight to protect Wisconsinites with preexisting conditions so personal to me. And I know it’s personal for so many Wisconsin families across the state too. No one should be worried sick that anyone in their family will be denied coverage or face lifetime caps in their futures. That’s not the Wisconsin way.

This column was originally published by the Wisconsin State Journal.

Tammy Baldwin is a Democratic U.S. Senator from Wisconsin.

One thought on “Op Ed: Health Care At Issue In Senate Campaign”