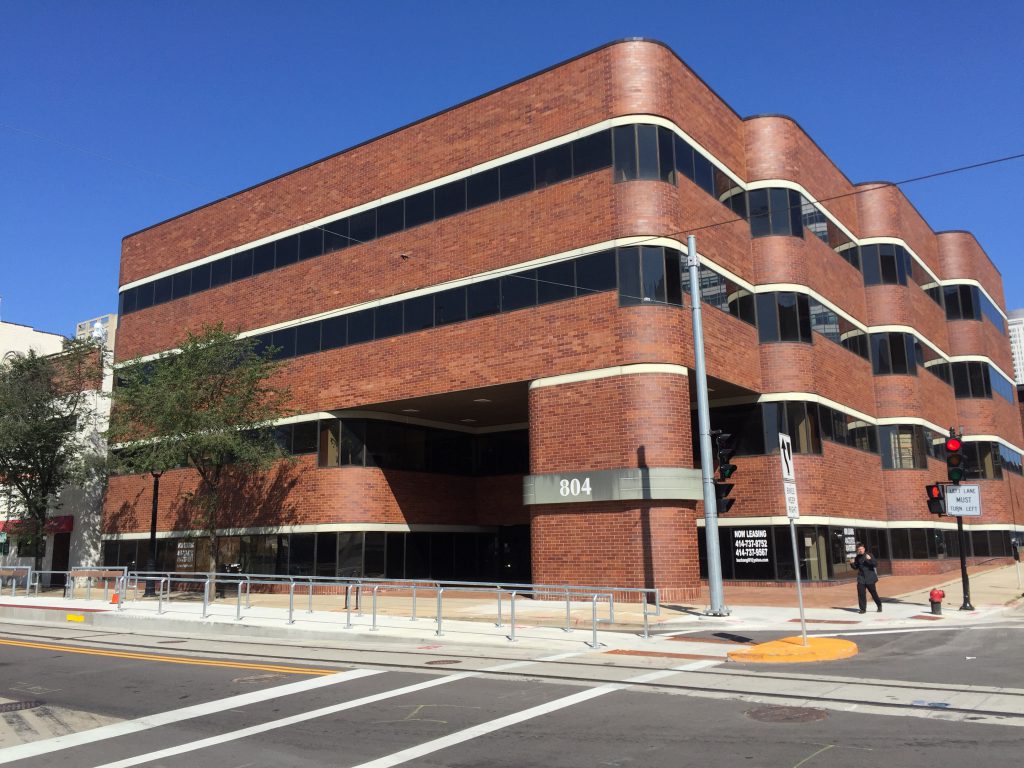 Maurer’s Foods of Madison recently announced it will expand to Milwaukee.  It currently operates Fresh Madison Market, located near the campus of the UW-Madison, and now will open a similar place, to be called Urban Market, on the ground floor of the new Northwestern Mutual 7SEVENTY7 apartment building at 777 N. Van Buren St.

Urban Market will include a full-service supermarket, fresh and localized produce, bakery and deli, and is expected to open early next year. 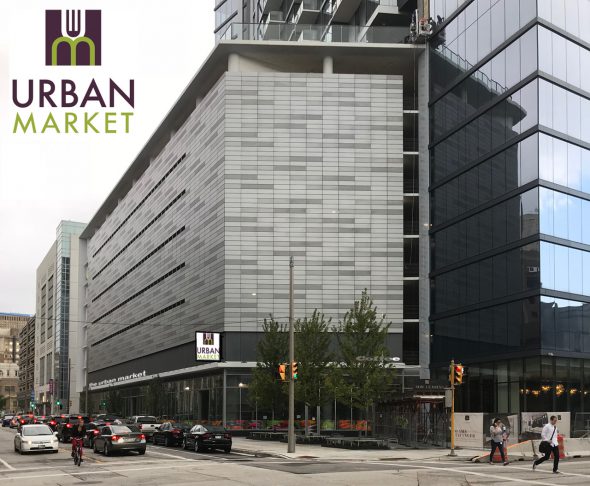 This will be Maurer’s first venture in Milwaukee and the store will occupy 10,500 square feet. Maurer’s owner Jeff Maurer says the Milwaukee location will be based on the design and approach of the Fresh Madison Market.

A press release published by Urban Milwaukee has more on Maurer’s thoughts:

“We have a lot of experience operating full-service markets in high-density, urban areas, and we have a great idea of what people who live and work in Downtown Milwaukee want and need from a neighborhood grocer,” Maurer said. “We think they’ll love everything Urban Market has to offer, from our competitive prices to our top-quality products, easy access and ‘restaurant within a store’ features.

No specific opening date for the new market has been released.

Just two blocks west of location for the new Urban Market will be a new restaurant and bar called Global Fusion, which should open around the same time. A recently filed license application reveals that Global Fusion may arrive by early next year on the ground floor of an office building at 804 N. Milwaukee St., offering patio space and entertainment such as DJ’s and live music.

The space would be renovated to house a kitchen, bar area and restrooms…

The applicant, Steveinder Mavi, identifies himself as the business’s sole proprietor, and has proposed to open the concept by Jan. 1, 2019.

After the revival of the ancient Pabst brewery building in Spring 2017, the brewery has decided to bring back the short-lived food it had once offered.

Pabst offered food service since its opening in 2017, then ended the service at the beginning of 2018. Now they’ve come full circle and will offer it once again.

Pub food staples like brats, burgers, and cheese curds will be on the menu. There’ll also be a classic Wisconsin fish fry on Fridays (complete with a fish fry/brewery tour combo package)…

“It’s exciting to partner up with the fine people at Great Lakes Galley to once again offer food at Pabst Milwaukee Brewery and Taproom,” says Pabst general manager Adam Powers in a press release.

The new food service began September 6 and will continue regularly each weekend.

The new spot for sandwiches and comfort food, MidTown Grill, is the sister business to North Avenue Grill, located at 7225 W. North Ave., just east of the new location.

Sari Lesk of the Milwaukee Business Journal has more details:

Mike Topolovich, who also serves as MidTown Grill’s chef, said the team aimed to give the restaurant at 8913 W. North Ave., a distinct style compared to North Avenue Grill because of the two restaurants’ proximity. The menu includes “small surprises,” he said, so that MidTown Grill’s neighborhood would be proud of the restaurant and feel like it has its own identity…

After closing in on a financing deal last week, the Chicago-based business Farmer’s Fridge is in a stronger position to keep expanding its local presence.

The business focuses on fresh, healthy produce served in refrigerated vending machines which can be located anywhere from corporate buildings to college campuses.

UW-Milwaukee, for example, has already seen machines installed in various buildings around campus, which offer a fast yet healthy option for snacking. Now, the business will continue to expand to more locations, including other campuses and marketplaces in town. No specific locations have been announced yet.

Sari Lesk of the Milwaukee Business Journal has more on the development:

“Farmer’s Fridge is committed to making restaurant-quality, fresh, healthy food as accessible as a candy bar,” founder and chief executive officer Luke Saunders said in the news release. “We are excited to partner with visionary companies, including Innovation Endeavors, to grow and scale our business to the point where we can positively impact public health.”

The business started in Chicago in 2013, and now has nearly 200 locations in Chicago and Milwaukee.

After suddenly closing in July, announced via a piece of paper on the front door, Crawdaddy’s in West Allis could see a revival with new owner Troy Meyer.

Meyer, whose family owned and operated Meyers Restaurant in the past, is looking to start from scratch as he plans to revitalize Crawdaddy’s with his own twist on the Cajun and Creole menu of the previous restaurant.

Meyer’s father, Larry, recently purchased the old Crawdaddy’s place at 9427 W. Greenfield Ave. and is giving his son an opportunity in restaurant ownership — one that will come with a lot of responsibility in order to live up to the old restaurant’s reputation.

Lori Fredrich of OnMilwaukee has more:

Meyer says they’ve already spent some time in the space and anticipate opening as soon as the first week in October. He says he plans to retain a slightly augmented version of the name, calling it Crawdaddy’s on Greenfield…

“We’ll really be starting over from scratch,” he notes of the new restaurant. “I think that there’s a lot of potential here. Restaurants need to evolve, and we’ll be bringing some new ideas to the table.”

No specific timeline has been set for the renovation process, but Meyer said the new restaurant could be open by early October.

The Riverwest spot for Mexican food will be temporarily closed until sometime in October for maintenance.

Cafe Corazón, located at 3129 N. Bremen St., announced plans to work on some of the infrastructure of the building, including renovations to the small kitchen on the main floor as well as new flooring behind the bar.

Mireles projects the restaurant could be closed up to six weeks while the work is done. “My goal is to get open sooner than that,” he said. “If we get done sooner, all the better.”

Although this location will be closed for a while, the other location 2394 S. Kinnickinnic Ave. in Bay View will be open in the meantime. More information can be found on the cafe’s website.

De Angelo will begin working for the big grocery chain’s bakery, baking and decorating cakes as well as introducing some of her own recipes.

“It’s a big opportunity for me,” she said, noting the upscale chain’s growth…

De Angelo will bring along some of her own recipes, she added…

At Gloria’s Cake Shop, which opened in December 2014, the most popular sweets included De Angelo’s mocha tres leches cake. She also made it in other flavors, including traditional vanilla…

The shop also sold decorated cakes for birthdays, weddings and other parties.

Gloria’s Cake Shop, located at 2531 W. National Ave., will continue to make appointments for those who had placed special orders before the closing.