Unanimous vote hands Jeanette Kowalik one of the most difficult jobs in city government. 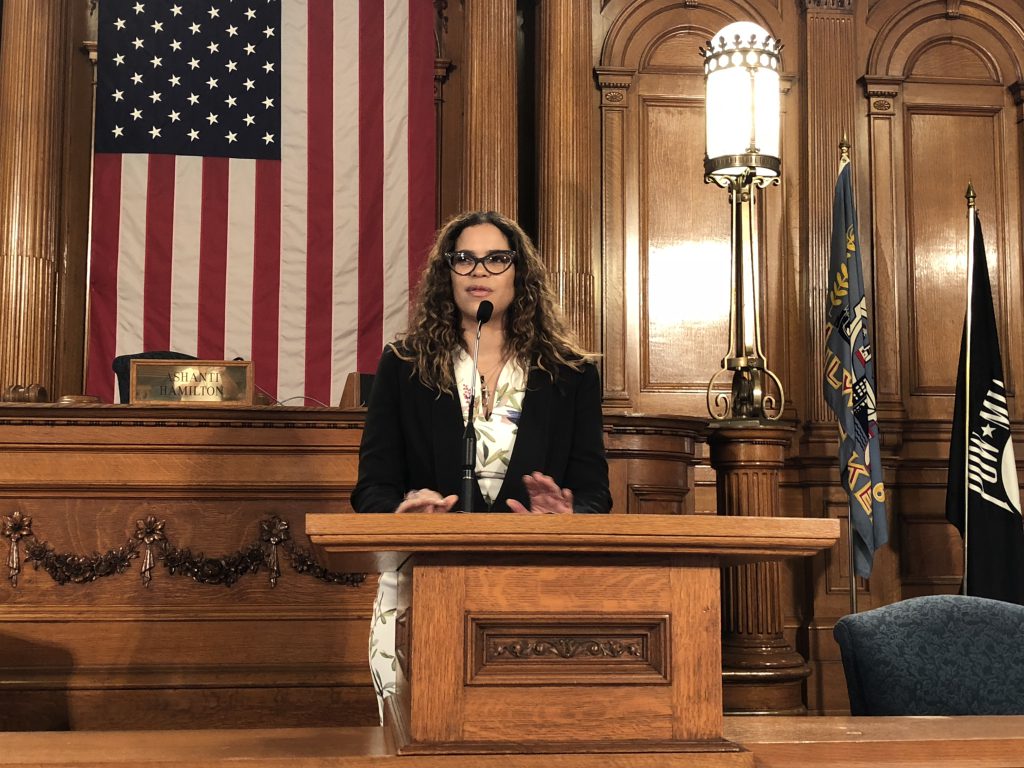 The City of Milwaukee has a new Commissioner of Health.

The Milwaukee Common Council unanimously confirmed Mayor Tom Barrett‘s appointment of Jeanette Kowalik for the post. She’ll now be tasked with one of the most difficult jobs in city government, turning around the beleaguered Milwaukee Health Department.

Problems with the department publicly surfaced in January following the surprise resignation of Bevan K. Baker in the wake of Barrett learning “deeply concerning information regarding one of our key health programs.” Barrett said in a January press conference that his office had learned the department had failed to notify families or abate potentially hundreds of cases where children tested positive for elevated blood lead levels.

That was just the “canary in the mine,” according to testimony from interim commissioner Patricia McManus yesterday. The temporary commissioner detailed extensive, ongoing issues with the department including hiring issues, contractor shortages, a controversy over sexually-transmitted infection testing practices (that critics charged McManus mishandled) and employee performance problems. She also doubled down on earlier comments that Barrett’s office was not supporting her efforts, which was later rebuked by the mayor’s office in a brief statement.

During her confirmation hearing before the Public Safety and Health Committee Tuesday morning, Kowalik promised to bring forth an action plan within 30 days.

Kowalik, during her confirmation hearing, gave three high-level priorities likely to be included in the plan. First, to increase accountability, she supports the creation of a citizen-led Board of Health that would oversee the department. Second, she will focus on workforce development with the goal of reducing turnover and improving staff effectiveness. Third, she will emphasize the goal of restoring confidence in programs and services. “Reporting and metrics will become the new norm through the establishment of an MHD Data Dashboard,” she said.

Her resume lists a bachelors of science degree in healthcare administration from UW-Milwaukee, a master’s of public health from Northern Illinois University and a Ph.D. in population health from UW-Milwaukee. She told the committee that she earned all the degrees while working full time. “Education was my way out of poverty,” she said.

The new job is a return to where Kowalik’s career began. She worked at the Milwaukee Health Department from 2002 through 2008 before taking positions in health departments in Wauwatosa, Chicago and Madison, as well as working with a number of colleges and non-profits. Most recently she has served as the Associate Director of Women’s and Infant Health at the Association of Maternal and Child Health Programs in Washington D.C.

McManus, who said she would not seek the permanent post during her February confirmation, said Tuesday she would work with the new commissioner and gave a brief endorsement of Kowalik. McManus agreed to provide a written report to the council and commissioner on her findings with the department.

Kowalik was formally sworn in a brief ceremony with City Clerk Jim Owczarski after the meeting.