Municipalities have passed 559 resolutions calling on state leaders to fix the roads budget.

By State Sen. Kathleen Vinehout - Sep 3rd, 2018 12:04 pm
Get a daily rundown of the top stories on Urban Milwaukee 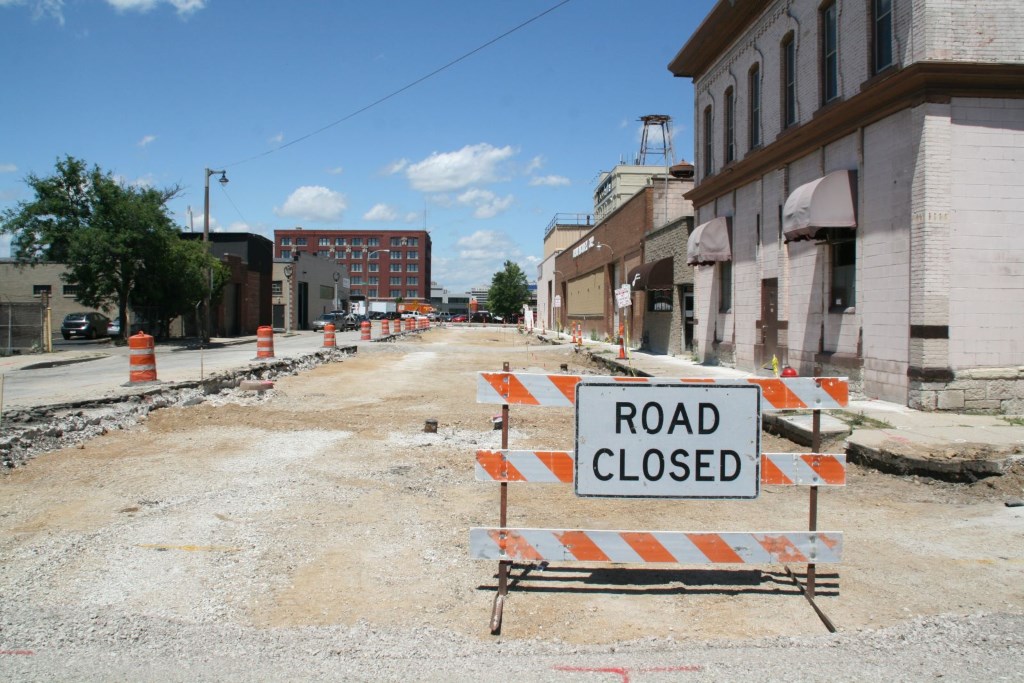 “We budget, and have to save up, for over three years to do one mile or less [of road],” wrote Barb Traun the Maxville Town Clerk. Even with the savings, the Buffalo County Township must borrow to pave roads.

Maxville Township is not alone. Local governments are trying to cobble together a road budget because local road aid hasn’t kept up with inflation for years. According to a report released by the Department of Transportation (DOT) local road aid, in real dollars, dropped almost 4% from 2006 to 2019.

Many local units of government are tired of being told the lack of local road money would be fixed in the next budget – only to see, year after year, the local road aid budgets fall further behind. Locals are committed to keeping roads and bridges in good repair but cannot provide these services if the state does not deliver the funds.

Now they are working to make the issue a top state priority.

Barb Traun’s statement was accompanied by a resolution passed by the Town of Maxville asking the governor and lawmakers to fix the unmet transportation needs. The town’s advocacy is part of a trend.

In the fall of 2016, local governments passed 559 resolutions calling on state leaders to fix the road budget. According to the Transportation Development Association (TDA) over the past few months they received another “200 plus” local government resolutions.

Because of state imposed levy caps, local governments have little ability to raise property taxes to pay for roads. So, they are often stuck with the declining state support.

One avenue locals have available is to raise funds through a “wheel tax”. Eau Claire County took this unpopular approach and enacted a $30 per vehicle “wheel tax” to pay for roads. Other Wisconsin counties are considering a similar approach.

“It’s a start,” Supervisor Colleen Bates recently told the Eau Claire Leader. “It gets us back on track to having roads that are viable.” The county faced increasing pressures as they borrowed to cover road needs. This path became increasingly unsustainable.

Likewise, continuing to borrow is unsustainable for the state.

The recent DOT report shows the state has, according to former DOT Secretary Gottlieb, “engaged in an irresponsible reliance on borrowed money.” In a recent Capitol Times article, Secretary Gottlieb said, “Debt service has increase 85-percent in the last eight years, to the point where we now spend five dollars on debt service for every three dollars we spend on the maintenance of state highways. These problems will continue to worsen until the current funding crisis is resolved.”

Transportation is a key public service. Wisconsin needs leaders who will balance several factors to make wise transportation decisions. This means maintaining our current investments, including our local roads and bridges. It means careful attention to efficiencies and quality construction, planning for future growth and reconciling spending with revenue.

Further, as our climate changes and massive storms deluge us, planning for the future takes on a new urgency.

A prudent transportation budget is a balancing act.

The deteriorating condition of our roads and bridges and the escalating local and state debt shows how deeply Wisconsin is out of balance.

We must also consider the realities of the new age of intense weather patterns, which calls for a 21st Century approach to infrastructure that Wisconsin has not begun to realize.

Recently, leaders applauded the completion of a portion of a giant Milwaukee road project known as the Zoo Interchange. As the governor lauded the project as “on time and on budget” we must remember the current budget delayed or left unfinished other parts of this same project. In the road budget, delays mean increased costs later.

The governor’s claim “road projects…are staying on track or getting done sooner” was rated, earlier this year by Politifact as “mostly false”. Walker’s claim that he invested “$3 billion more than what former Governor Jim Doyle spend on transportation over the same period of time” was also rated “mostly false.”

Staying honest and acknowledging the problem is the first step to finding a solution.

There are many solutions. In Secretary Gottlieb’s budget a few year ago he proposed 24 different approaches. It’s time we dust off his 600-page budget and use his guidance to seriously work on solving the transportation problems.