The Wild Splendor of Our Rivers

How state streams like the Namekagon were saved. And how state Republican policies are hurting them. 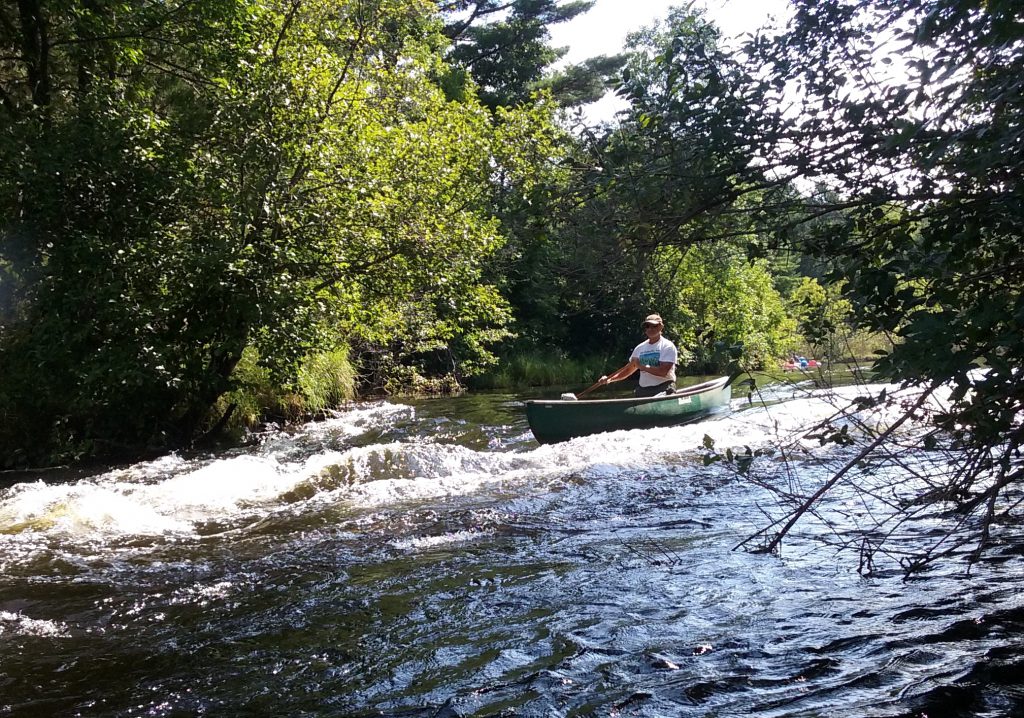 There are times to be grateful for the good deeds of years past. One of those times came earlier this summer when I spent several days paddling my canoe down the Namekagon River in northwestern Wisconsin.

The Namekagon is protected as part of the St. Croix National Scenic Riverway. That unit of our National Park system protects 255 miles of the St. Croix River and its major tributary, the Namekagon. The Riverway preserves an area that still retains much of the wild feel and biological diversity of our northwoods before development – where the sounds are of water rushing, birds singing, and big pines rustling in the wind. It is home to a wide variety of animals, fish and birds. During our paddle, we often sighted bald eagles, mergansers, egrets, herons, osprey, and numerous other species.

Like so many of our special places, the natural condition of these rivers was once almost lost to development projects. However, two forward looking Senators, Gaylord Nelson of Wisconsin and Walter Mondale of Minnesota, worked to protect this unique resource. Their advocacy led to passage of the Wild and Scenic Rivers Act of 1968. This summer, we celebrate the 50th anniversary of their successful effort which protects free-flowing waterways with exceptional natural, cultural and recreational values. As President Lyndon Johnson said when he signed the law, “The time has come to identify and preserve free-flowing stretches of our great rivers before growth and development make the beauty of the unspoiled waterways a memory.”

The St Croix-Namekagon riverway was one of only 8 rivers protected in the original legislation. Today, that law safeguards 208 special rivers across our nation.

Rivers have always played an oversized role in our continent’s history, both before and after European settlement. They were the interstates before railroads and highways and many of the settlements of both Native Americans and immigrants were along their banks. In Wisconsin, a land blessed with abundant water resources, rivers played an instrumental role in our history and continue to be a defining feature of our state.

Today, with the exception of a few major waterways, our rivers are no longer a significant means of transport. Instead, they are vital natural corridors for wildlife, abundant fisheries, a key source of drinking water and an invaluable treasury of scenic beauty and outdoor recreational opportunity. Yet, the natural character and water quality of our rivers face numerous threats including loss of wetlands, pollution from mines, excessive pumping of aquifers that feed rivers and inappropriate riverside development

Those threats are especially acute in Wisconsin. A large mine just across the border in Michigan threatens the Menominee River which our two states share. Scott Walker’s evisceration of mining rules has opened the door to weakly regulated sulfide ore mining in Wisconsin which has led to pollution and toxic contamination of rivers elsewhere. Additionally, the Walker administration has refused to provide safeguards from the expanding frac sand mining industry. Recently, a large spill from such a mine released toxic chemicals into the Trempealeau River and actually turned that waterway orange.

Walker has also weakened safeguards for wetlands and groundwater which likely will further downgrade our rivers. Wetlands are essential to the water quality of rivers because they provide a natural filter for pollutants, and when they are destroyed, contamination and flooding increase.

A quiet paddle down the waters of the Namekagon reminded me of the striking and unfortunate contrast between thoughtful leaders like Senators Nelson and Mondale who protected our natural resources for the future and shortsighted politicians like Scott Walker who sacrifice our outdoors for a campaign check.