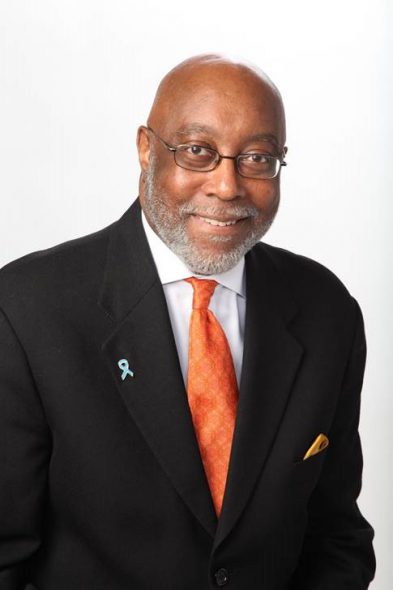 Wisconsin’s First Lady Tonette Walker wasn’t on the ballot yesterday, but she was a big winner. She was the first person Republican Leah Vukmir thanked in her victory speech, and with good reason. Vukmir used this to signal that Gov. Scott Walker was behind her, and the longtime Wisconsin legislator used the backing of the GOP establishment to beat outsider candidate Kevin Nicholson rather easily in a race that polls suggested was nearly a toss-up.

Tonette was among many winners and losers in yesterday’s election who weren’t necessarily on the ballot, but whose fortunes tell us much about the state of politics statewide and in Milwaukee. Among the others:

Loser: Richard Uihlein. The wealthy Uihlein heir and Uline company owner funded PACs that spent an astounding $10.7 million to elect Nicholson and failed. Uihlein, who isn’t even a resident of Wisconsin, had warned Republicans to stay out of race once he made his choice. He now looks foolish — and slightly less rich.

Winner: Diane Hendricks. The Wisconsin billionaire, who loves Walker, embraced Vukmir and became her fat cat, while spending less on the race than Uihlein.

Winner: Tammy Baldwin. The Democratic U.S. Senator wasn’t opposed in the primary, but the GOP primary made her a very big winner. Nicholson and Vukmir and their various PACs went after each other viciously, reducing the positives for both candidates while Baldwin ran ads wrapping herself in sunny themes like Wisconsin cheese and Buy American. Vukmir will have an uphill battle chasing Baldwin.

Winner: Wisconsin Niceness. If had a dollar for everyone who told me Tony Evers is “too boring” or “puts you to sleep” or is “like watching paint dry,” I’d be counting my money now. The longtime State Superintendent of Education projects a steady nice guy quality that went over well state-wide. Evers even won Dane County, where home-town favorites like Mahlon Mitchell, Kelda Roys and Paul Soglin were expected to do well.

Losers: Public Employee Unions. They went big for Mitchell for the the Democratic primary for governor and he lost. That may help Evers, who can note that his opponent was the favorite of most unions.

Winner: Milwaukee Voters: Mitchell’s second-place finish was buoyed by a strong turnout in Milwaukee. He is a native of Milwaukee and it’s also likely he was helped by a strong turnout of black voters, also attracted by the candidacy of Earnell Lucas for Milwaukee County Sheriff. That may be a factor in the general election, too, as Mandela Barnes won the race for Lieutenant Governor, which could help Evers gain more black votes than he otherwise would have.

Winner: Scott Walker’s party clout. His primary win over a non-entity was meaningless but Vukmir’s win showed Walker still has coat tails within his party. Vukmir’s ads repeatedly emphasized she was a Walker clone and the voters approved.

Loser: Donald Trump. Nicholson wrapped himself in Trump, ran as an outsider like The Donald, and ran ads attacking Vukmir for opposing Trump in the 2016 primary. Didn’t work. Meanwhile, Trump’s war on an iconic Wisconsin company Harley Davidson, and Walker’s refusal to condemn this, gave Evers a punchy line about standing up to the president in his victory speech: “Trump will no longer have a doormat in Wisconsin.”

Winner: State Republican Party. The party faithful voted in favor of Vukmir at the state convention, surpassing the threshold needed to make her the official nominee of the party. Her win was a thumping victory for the GOP establishment, which couldn’t stomach a one-time Democrat like Nicholson lording it over those politicians like Vukmir, who had paid their dues and worked for years in the party trenches.

Winner: Peter Isely. The local leader of the Survivor’s Network of those Abused by Priests, went after Democratic candidate for governor Matt Flynn, for his years of aggressively defending the Milwaukee Catholic Archdiocese and its coverup of sexual abuse by priests, and the issue never went away. Flynn, who otherwise looked like a strong candidate, spent nearly the entire campaign answering the attacks from Isely and other activists.

Winner: the WOW Counties. Waukesha, Ozaukee and Washington counties ran up the totals for Vukmir, more than offsetting Nicholson’s appeal in the rural Trump counties of the state, another sign the establishment had spoken.

Winner: Ron Johnson. The Republican U.S. Senator wasn’t on the ballot but he was a leader in calling for party unity in the U.S. Senate race and then had the prescience to make sure he was at the party of the winning candidate, leading the cheers for Vukmir.

Winner and Loser: Chris Abele. The Milwaukee County Executive chalked up another victory with his support for a newcomer Lakeshia Myers, a black teacher who defeated incumbent Milwaukee legislator Fred Kessler on the city’s northwest side. But Abele spent big and lost big in the sheriff’s race, wasting $300,000 on a futile effort to elect Schmidt. In the process he showed everyone his opposition to the county’s financially destructive backdrop pension payment didn’t matter: sure, Schmidt could have gotten a $1 million payment if he served four more years, but he was loyal to Abele and that’s all that counted.

Winner: Milwaukee Taxpayers: In light of his defeat, Schmidt told the media last night he would retire in January. That will save taxpayers hundreds of thousands of dollars; had he won, Schmidt would have gotten another four years of compounded interest on his pension backdrop, which would have greatly driven up his total payout.

Winners: Pollsters. Charles Franklin and the Marquette Law School Poll, along with other polls, called it right in the Democratic primary, with all of them showing Evers far ahead. They were nearly as accurate in the Republican U.S. Senate primary, showing Vukmir had closed on an early lead by Nicholson, which probably caught the fast-moving dynamics of that race pretty well.

Loser: Scott Walker the Spinmaster. Even before the primary election Walker was warning that the first post-primary polls may show his opponent leading him, even if the Democrats elect Donald Duck. Which doesn’t say much for Democrats. But doesn’t it say even less for Walker?

Winner: Voces de Frontera: The activist group on immigration issues went after Schmidt on immigration, suggesting his approach was as harsh as Trump and former Sheriff David Clarke. The ad also photo-shopped Schmidt into a fake picture with Trump. It was a potent if underhanded attack.

Winner: Latinx community: New Sheriff Lucas is likely to less punitive toward immigrants than Clarke was. And the community scored another victory with newcomer Marisabel Cabrera’s victory over veteran legislator Josh Zepnick in a South Side Assembly district, giving them another representative in the state Capitol.

Loser: Kevin Nicholson. It’s one thing to lose the election. It’s another to lose while trashing your own parents, after they donated to Tammy Baldwin. The fact that his own parents wouldn’t even back their son sent out a message that something was very toxic about this guy. Truly an ugly situation.

Winner: Eric Von. The late, beloved radio host may have been smiling down on Milwaukee as Lucas gave his very sweet acceptance speech. Lucas noted that it was Von who first urged him to run against incumbent Sheriff Clarke. Von called Lucas a couple years ago during spring training in Arizona, where Lucas was working as head of security for Major League Baseball and told him he “had to do something.” Lucas eventually was persuaded and announced he would run against Clarke, giving him a head start when Clarke unexpectedly resigned. The likable Von had his ups and downs as a media personality (haven’t we all?), but he scored one more victory — posthumously — in last night’s election.

One thought on “Murphy’s Law: 23 Election Winners and Losers”