New to the party was the launching of floating lanterns, but as usual partygoers danced the night away. 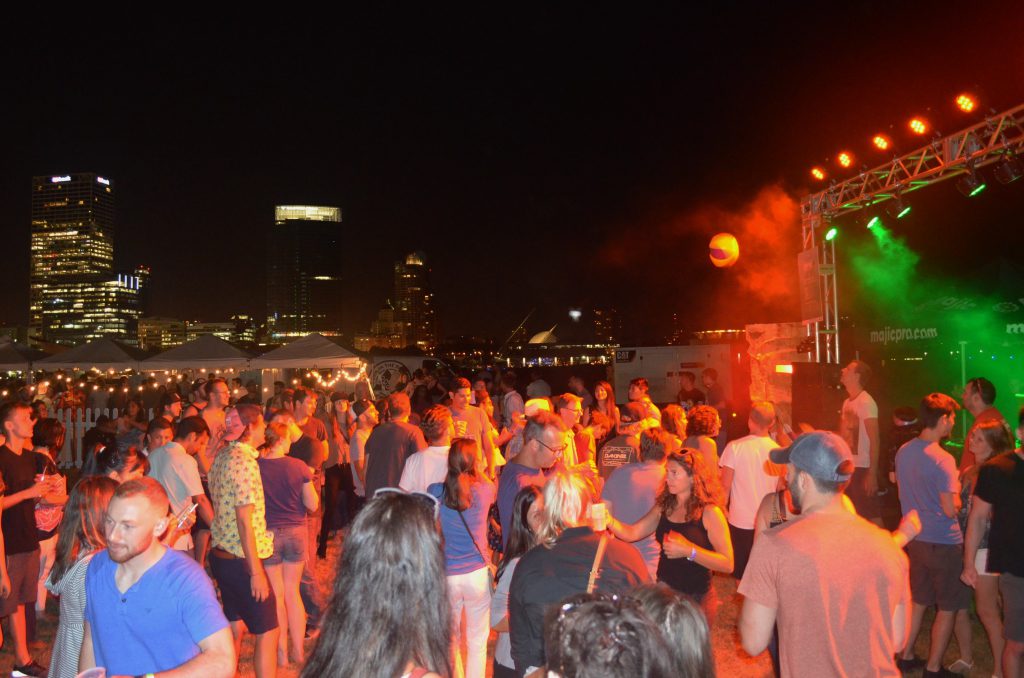 Lakeshore State Park lit up with the sights and sounds of NEWaukee‘s Urban Island Beach Party on Friday.

New to the party was a mass launch of floating lanterns. Guests could pay $20 for a lantern, write their wishes on it, and then meet at the lagoon at dusk to release the biodegradable lanterns into Lake Michigan. Unfortunately, due to the wind most of the lanterns ended up beached on the other side of the lagoon. We have to give it to the children for trying valiantly to keep the lanterns drifting along.

Lantern launching wasn’t the only thing you could do at the party. In between rounds of cornhole you could grab a s’more at one of the fire pits on the lagoon. Music on the Move lent their human hamster balls for some dizzying fun. Iron Grate BBQ, The Rolling Cone, Pete’s Pops, Happy Dough Lucky, and more provided plenty of food to guests. And we can’t forget the live reggae bands and DJs to help partygoers dance the night away, with acts including Unity the Band, Hot by Ziggy, Foreign Goods, Marcus Doucette, and Plaid Hawaii.

Proceeds from the party went to Friends of Lakeshore State Park‘s Sustain and Maintain campaign, which helps preserve the park and provide educational opportunities to the community according to a press release.

Check out all the action below. 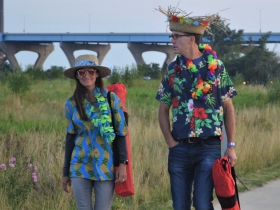 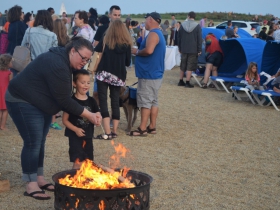 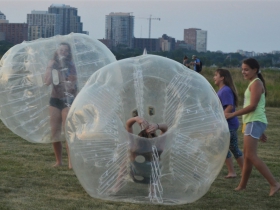 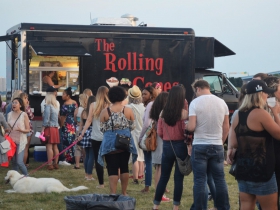 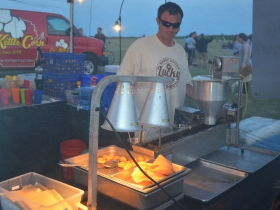 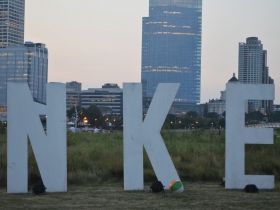