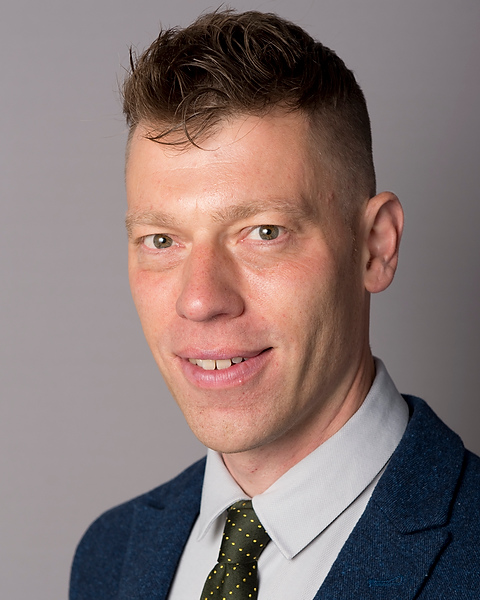 Chris Ott. Photo by Barbara Minor courtesy of the ACLU of Wisconsin.

American Civil Liberties Union (ACLU) of Wisconsin officials say this state is a textbook example of the ACLU’s new emphasis on political advocacy.

“The ACLU has built a reputation for legal work, and that’s still really important to what we do, across the country and here in Wisconsin,” said Chris Ott, executive director of ACLU of Wisconsin. “But in recent years—even years before the election of President Trump—we’ve been realizing that what happens outside the courtroom can matter at least as much as what happens inside.”

Trump’s election, and the new emphasis on political activism in addition to the decades the ACLU has spent suing to block what it considers bad laws and policies, have more than doubled – from 6,000 to 13,753 – the number of ACLU members in Wisconsin over the last two years, Ott added.

Here’s one number that puts the ACLU’s 13,753 Wisconsin members in perspective: Trump won Wisconsin in the November 2016 presidential election by only 22,748 votes.

The boost in membership increased the ACLU of Wisconsin’s budget by more than 25 percent. It could then afford to hire a new attorney, a communications director, and a statewide organizer to work on criminal justice issues.

Three Wisconsin examples of what the ACLU considers successful examples of its new activism:

*In a July 8 story on the ACLU’s new national advocacy, the New York Times cited the group’s work to help elect State Supreme Court Justice-elect Rebecca Dallet: “Next up was a State Supreme Court race in Wisconsin, in which [the ACLU] sent out hundreds of thousands of scorecards outlining the candidates’ positions on a host of threats to civil liberties — immigration policy, the restriction of access to abortion services, L.G.B.T discrimination…Dallet, the best candidate on civil liberties issues, won by 11½ points.”

*This spring, the ACLU led a coalition effort to stop a plan in the Legislature to borrow $350 million to build a new prison. “We felt this was a bad idea, and we helped our supporters contact every state senator about this,” Ott said last week.  “In the end, the State Senate did not move the Assembly’s [new prison] proposal forward. I think this success—as well as the fact that this proposal might come back in a future session—shows the importance for the ACLU of building more strength as an advocacy organization.”

*On marriage equality, Ott said, “The ACLU of Wisconsin’s lawsuit led to the state constitutional ban on marriage for lesbian and gay couples being struck down here in 2014, but we think that advocacy work in the decade or so before that helped to pave the way. Courts tend to be cautious and conservative, and building public support can help them to do the right thing.”

Ott said future ACLU activism will be focused on issues. The group won’t, for example, endorse in Nov. 6 elections for U.S. Senate, governor, Congress or key seats in the Legislature. But, Ott added, “It’s important to make sure that lawmakers know how many people care about civil liberties and civil rights in Wisconsin.”

Ott has run ACLU of Wisconsin since Chris Ahmuty, who had directed it since 1992, retired in January 2017.

Ott said few ACLU Wisconsin members have questioned the group’s new political activism, or dropped their membership because of it. “A few people have asked us questions about stepped-up ACLU advocacy work, but most people really seem to support it,” Ott said. “We remain nonpartisan, but we want to make sure that voters have information they need about civil liberties issues and can let their elected officials know about their concerns.”

But Alec Zimmerman, spokesman for the Republican Party of Wisconsin, said the ACLU is one of a number of groups and individuals trying to derail “all of our conservative reforms.”

“The spending from the liberal ACLU is just the tip of the iceberg — as big government special interests and far-left megadonors like Tom Steyer are lining up to pour money into Wisconsin,” Zimmerman said.

“Liberals hate that Wisconsin’s unemployment has hit at all-time low, more people are working than ever before, and we’re making record investments into our classrooms – all due to Gov. Scott Walker‘s critical reforms. These groups will do anything to stop us from moving Wisconsin forward.”

2 thoughts on “The State of Politics: ACLU Increases Its Impact”