The Milverine Gets a Music Video

Milwaukee's most famous pedestrian now has a tribute song. 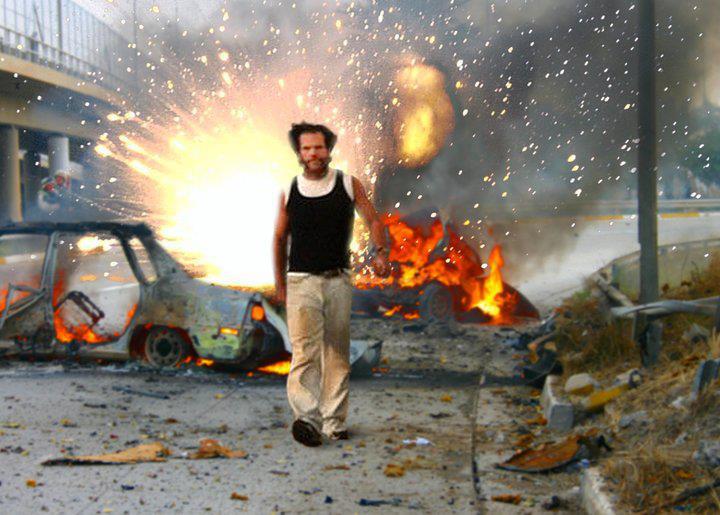 After releasing a music video about the infamous “Bay View Prius Lady,” Milwaukee-based rock band Two and a Half Stars is highlighting another local character with their latest offering. The three-piece band has singled out Milwaukee’s most famous pedestrian, the Milverine, for praise.

“There’s a guy who we all know. Walking shirtless in the snow. Keep your eyes peeled here we go. Just like playing Where’s Waldo,” the song opens.

Who is that well-known guy? John Hamann, an often-shirtless construction worker who walks between Bay View and Downtown. The name is a reference to Hugh Jackman‘s portrayal of the Wolverine in the X-Men film series, but don’t get Hamann started on Jackman. “He’s a phony movie actor, but I’m the real deal, you know?” Hamann told The Daily Reporter in 2011.

The chorus of the two-minute-long song asks the question “Where is the Milverine?” while showing photos and videos of him walking around the city. The footage comes from a number of popular social media posts.

Hamann is also featured in the Bay View Prius Lady song, with the chorus asking: “Why can’t you be more like the Milverine? Put down the keys to the death machine.” Returning the favor, the band mentions Prius Lady in “The Milverine”, but slams her as someone who wouldn’t come to your rescue.

Want to watch the band perform the hits live? They’re the opening act Tuesday night at Chill on the Hill in Humboldt Park. Two and a Half Stars will take the stage at 6:00 p.m., with Camel Tow Truck and The Unheard Of serving as split headliners.

And given that Prius Lady and the Milverine have now been featured in music videos, how long until the band comes out with a tribute to Brother Ron and his Jesus Car?