By Edgar Mendez, Milwaukee Neighborhood News Service - Jul 27th, 2018 10:30 am
Get a daily rundown of the top stories on Urban Milwaukee 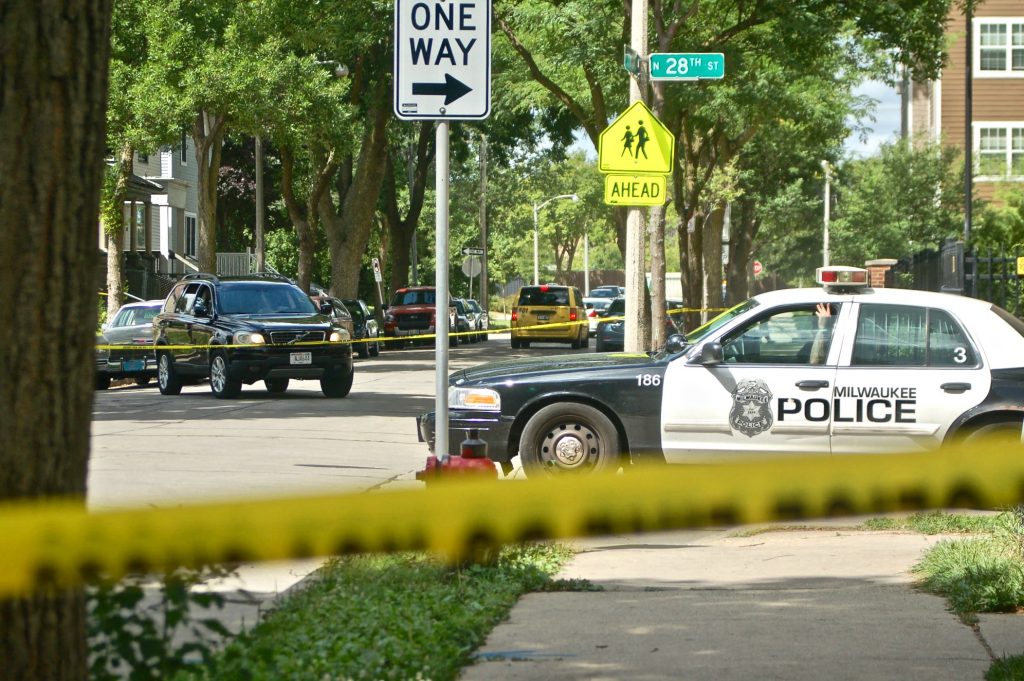 On Tuesday, Ray Banks, assistant chief of the Milwaukee Police Department, spoke to a group of more than 50 youths, residents and community leaders, discussing the challenged relationship between police officers and residents of some of the neighborhoods they patrol.

“I don’t think it’s a secret that police and community relations are strained,” he said during the monthly Amani United meeting, which was held at the COA Goldin Center.

About one mile away and 24 hours later, Banks stood directly behind MPD Chief Alfonso Morales as he delivered the news that a Milwaukee police officer was shot and killed in the line of duty, bringing law enforcement officials, city leaders and residents together in mourning.

“I’m sad to inform you that the officer who was injured did not make it today,” said Morales, as he fought back tears during a news conference updating the community on the officer who was shot. Morales described the officer, who was identified as Michael J. Michalski, 52, as a well-loved 17- year veteran of the department. 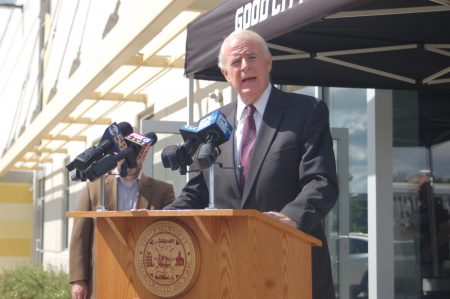 Morales said a suspect is in custody. Jonathan C. Copeland Jr., 30, was wanted for violation of parole, possession of heroin and domestic violence-related offenses.

“The entire City of Milwaukee saw and heard the pain of Police Chief Alfonso Morales when he announced only a few hours ago that the life of a police officer had been taken in the line of duty,” said Common Council President Ashanti Hamilton in a statement Wednesday. “Tonight, we stand and grieve with him and all the men and women who have sworn to protect and serve this community.”

Al Robinson, who lives down the block from the scene where the officer was shot and killed, described the mood of many residents as “mournful.”

“A lot of us are just really sad about what happened. It was like a war zone here yesterday and then we found out what happened; it was just really disheartening,” said Robinson as he stood on his porch, which had been blocked off as part of a crime scene that spanned several city blocks.

Lory Richter, who’s lived in the Metcalfe Park neighborhood for her entire life, said she and other residents suspected that drugs were being sold at the house where the shooting occurred. She said she was sitting in her living room when she heard shots fired.

“I heard pop, pop, pop, pop. I was not happy when I found out it was a police officer that had been shot. All he was trying to do is clean up the neighborhood,” Richter said.

Michalski is the second MPD officer to lose his life in the line of duty in the past two months. Officer Charles Irvine, Jr. died in June from injuries suffered in a rollover crash, which occurred during the chase of a reckless driving suspect. Prior to Irvine’s death, there hadn’t been an on-duty death of an officer in Milwaukee in 22 years. A suspect has been arrested in Irvine’s death.

Messages of support continue to pour in from community members, including a statement from Ald. Russell Stamper, who represents Metcalfe Park..

“The sadness I witnessed tonight at the scene is difficult to process and I cannot stop thinking about the officer and his family. I want to thank him for his service, and I thank all of our dedicated officers who rush to danger to protect us and who put their lives on the line daily without hesitation,” said Stamper.

Ald. Bob Donovan also released a statement, noting that he is the father of a Milwaukee police officer. “I can tell you that the Milwaukee police family is hurting tonight, and that pain will not go away for some time. The past two months have been very difficult and now officers must face new grieving and emotional pain.… I ask Milwaukeeans to band together and offer as much support and comfort to our officers as possible in the coming days and weeks.”

Michalski left behind a wife and three sons, Morales said during a news conference Thursday.

Mayor Tom Barrett expressed his condolences at an unrelated news conference Thursday morning. “It’s a sad morning in Milwaukee given the tragedy that occurred last night. The family of the fallen police officer is hurting; the police department is hurting.”