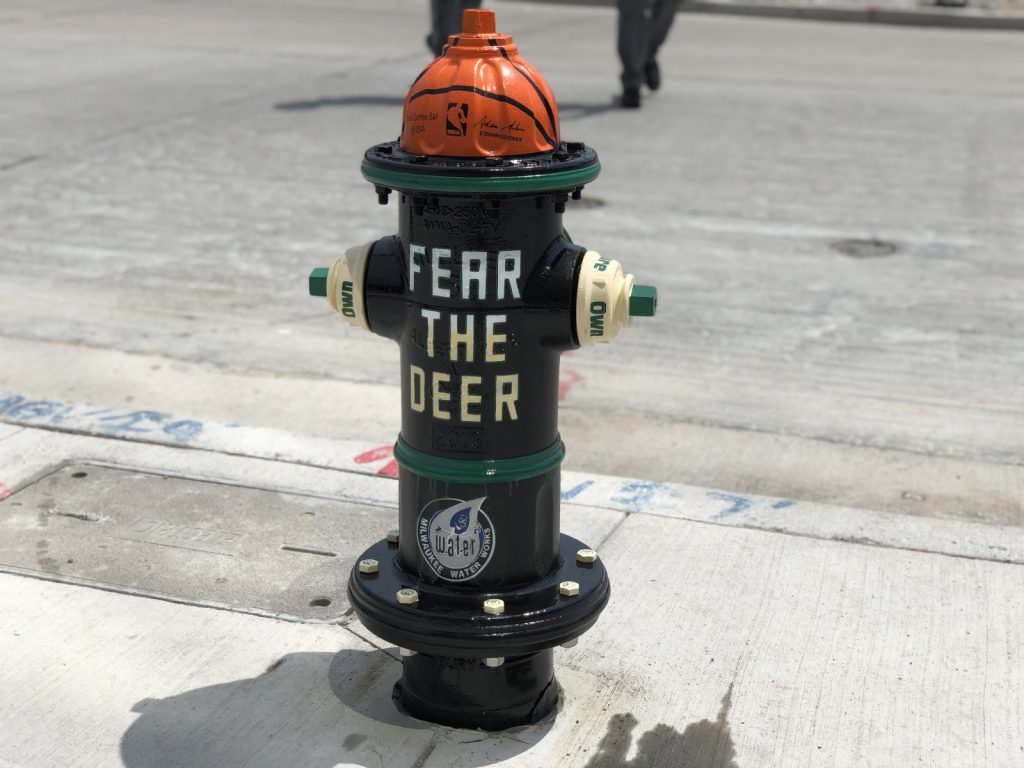 Fifteen of the city’s approximately 19,500 fire hydrants are receiving a special paint job thanks to a unique partnership between the city and Milwaukee Bucks. The first five of the custom-painted fire hydrants that ring the new arena and associated development were unveiled Monday morning.

Sparked by an idea from Milwaukee Water Works Chief Water Distribution Repair worker Chad Schuster, the city and basketball team have agreed on a $30,000, four-year partnership where the city will with 15 unique Bucks designs. They include the Bucks logo as well as different phrases and branding, including the team’s trademarked slogan “Fear the Deer.”

Schuster, a 17-year department veteran who is involved in everything from hydrant painting to water main repair, came up with the idea a number of months ago. “It’s not often that something hits your desk and you’re like ‘we have to do this’,” said Water Works director Jennifer Gonda.

A prototype was given to Bucks President Peter Feigin, who kept it on display in his office for the past few months.

“It’s a point of differentiation. It’s an unbelievable touch,” said Feigin at Monday’s press conference. The $2,000-per-hydrant fee includes the initial paint job, all done by Schuster, and four years of artwork maintenance. The average city hydrant is repainted every 10 years.

Schuster called the project “a fun thing that wasn’t expected to go this far” and thanked his family for their support while he worked in his free time to paint the first prototype.

Mayor Tom Barrett told the small crowd on hand for the unveiling: “we all are hoping, perhaps needless to say, that we never have to use them.” Should they need to, the Milwaukee Fire Department will be able to easily spot them by looking for the orange basketball-themed top on each hydrant.

Urban Milwaukee was the first to report the news that the hydrants would be coming following an early June Common Council Public Works Committee meeting.

The arena is scheduled to open later this summer. See our photos from a recent media tour.

The Water Works is one of a handful of city entities that returns an annual profit to the city. The utility provides water to Milwaukee and 15 suburban communities. The otherwise low-key utility found itself in the news in late 2017 when a 40-year, $286 million deal was announced to sell water to Waukesha. 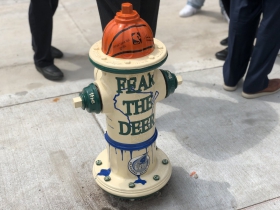 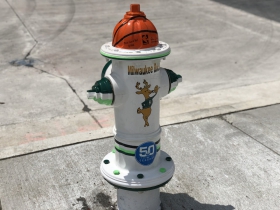 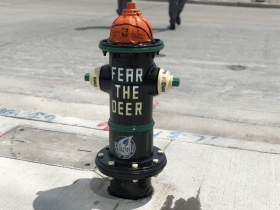 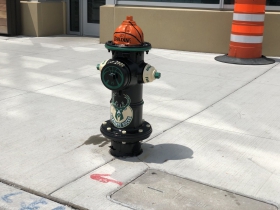 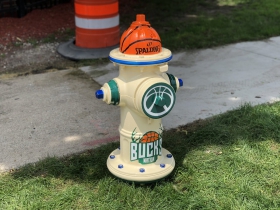 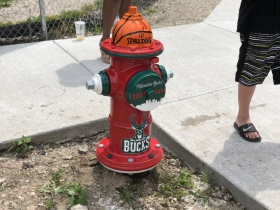 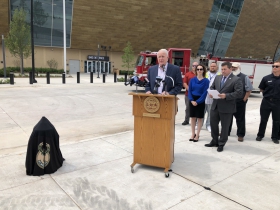 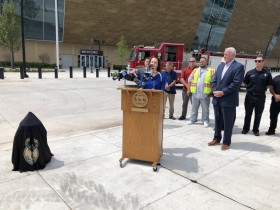 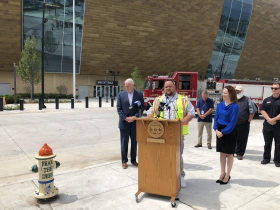 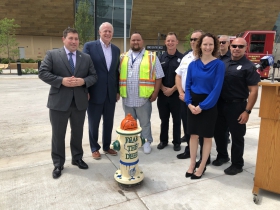 Those looking to see the hydrants can see a number of them already. Additional hydrants are expected to be installed in the coming weeks.