The 15 hydrants around the arena will get a new paint job. 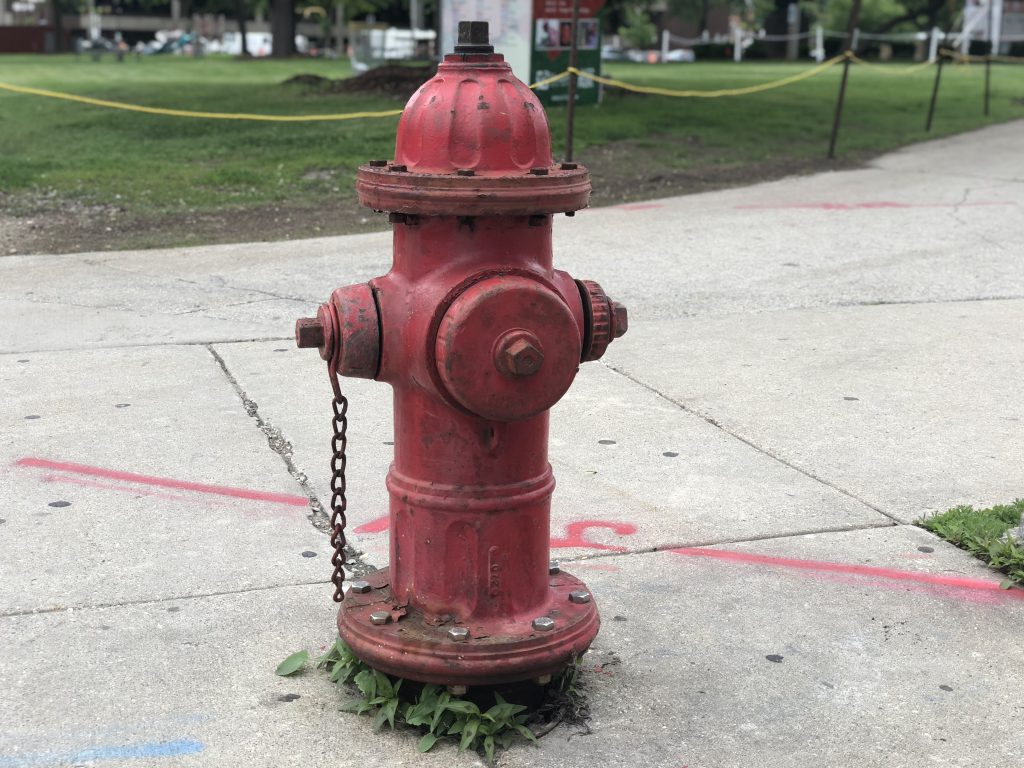 The Milwaukee Bucks new arena and entertainment block will get special treatment when it comes to basic city infrastructure.

The 15 fire hydrants in the arena district will get a special paint job courtesy of the Milwaukee Water Works.

Multiple sources say the hydrants will be painted green with a deer head and antlers on them. At the meeting Gonda declined to release the design to the public.

The fire hydrants, which are maintained by the Milwaukee Water Works, won’t result in an additional city subsidy for the Wisconsin Entertainment and Sports Center. The team’s real estate affiliate, Deer District LLC, has agreed to pay $30,000 over four years for the custom paint job.

Gonda said designs for the hydrants will be revealed after the Common Council grants the arrangement full approval. The next meeting of the council is scheduled for June 20th.

The city has approximately 19,500 fire hydrants. They’re scheduled to be painted red every 10 years.

The team announced yesterday that plastic drink straws will not be available at the arena as part of an environmental sustainability program.

The arena is scheduled to open later this summer. See our photos from a recent media tour.

One thought on “Eyes on Milwaukee: Bucks Arena Getting Custom-Painted Fire Hydrants”