What Would Jane Jacobs Do?

10 takeaways from a visiting expert on the legendary urbanist. 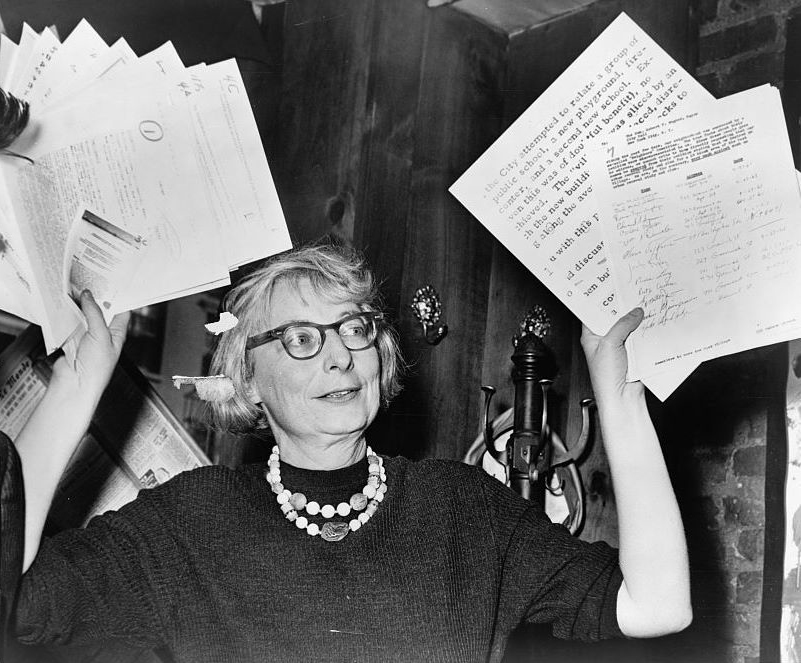 Jane Jacobs. Photo is in the Public Domain.

Legendary urbanist Jane Jacobs (1916-2006) promoted urban planning based on how people actually lived, “how cities work in real life”. Her once-renegade views are now widely espoused by urban planners and others who study cities. People in 240 cities worldwide also honor Jacobs by leading free “Jane’s Walks” to explore neighborhoods together and perhaps discover unseen aspects of their communities. Jane’s Walk MKE, an all-volunteer effort, expanded this year to include 35 citywide walks throughout May.

Visiting author Jamin Creed Rowan recently led a Jane’s Walk titled “What Would Jane Do?” through an East Side neighborhood, followed by a book talk at Boswell Book Company. Rowan said Jane Jacobs’ The Death and Life of Great American Cities changed his life. Published in 1961, the book helped Rowan make sense of his unexpected love of Boston after he moved there for graduate school in 1999. Growing up in a small farming community in California’s Central Valley, Rowan had initially learned to fear the “big cities of San Francisco and Oakland” located a few hours away, feeling panicky about “getting off at the wrong stop.”

Rowan said he previously had “no cultural narrative” to explain what he experienced in Boston and other cities. Now an associate professor of American Studies and English at Brigham Young University, he also sought out other writings about city life, including many that expressed skepticism and even scorn. Tracing the roots of anti-urbanist as well as pro-urbanist thinking, he distilled his research in The Sociable City: An American Intellectual Tradition. The accessible 200-page book was recently published by University of Pennsylvania Press.

Rowan’s chapter about Jacobs discusses factors that influenced her writings and clarifies some common misperceptions, including that her writings reflected mostly her experiences as a Greenwich Village resident. In fact, Jacobs’ had previously published many in-depth articles about New York’s business districts and immigrant settlement communities. In her work as an editor for Architectural Forum, Jacobs also traveled to many other cities. She was also among those who advocated, mostly unsuccessfully, for redesigning mid-century Manhattan public housing projects to maintain connections within their neighborhoods and opportunities for sociability.

Rowan and Carriere engaged 20-some participants in a spirited dialog about what seems to be working—or not working—from Downer to North Avenues and along streets in between. The following are 10 insights gleaned from that interactive walk and Rowan’s talk at Boswell Books about The Sociable City.

Decisions about the kinds of cities people build are shaped by which interpersonal relations are deemed to matter. Rowan says understanding those beliefs will help decision makers become “more open to acknowledging the validity of new types of social arrangements that will inevitably continue to arise in cities, and more willing to modify the built environment to make room for them.”