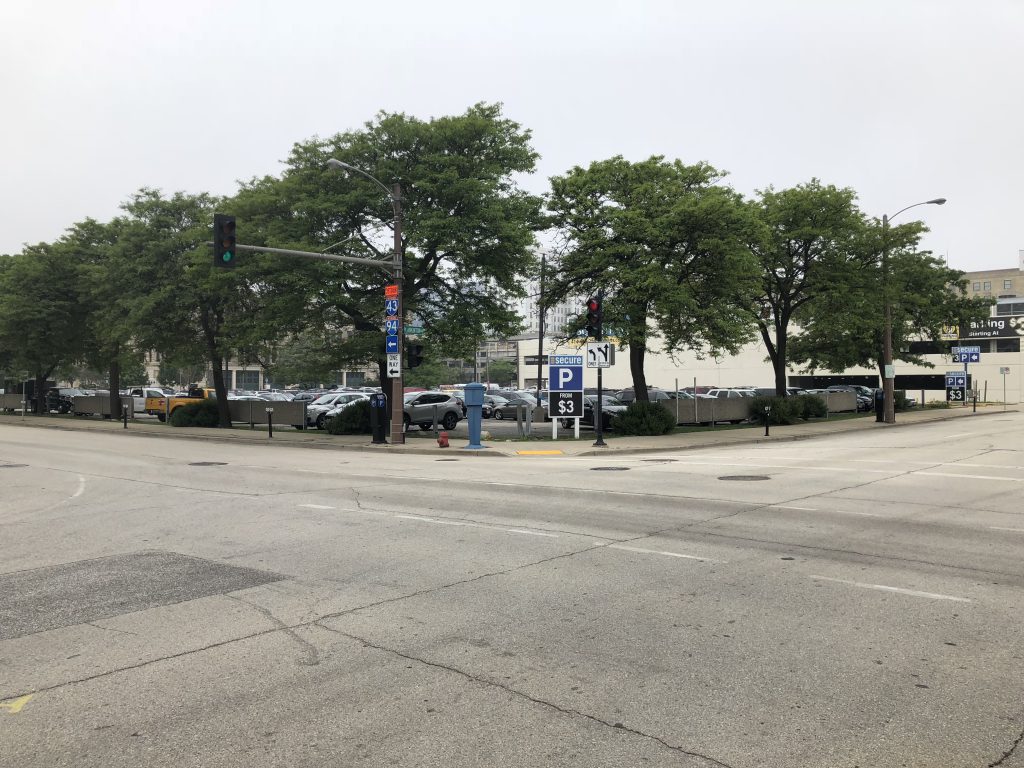 A new hotel is set to rise on the west side of downtown Milwaukee.

Permits have been filed to build a Cambria Hotels & Suites at 503 N. Plankinton Ave. in Milwaukee’s Westown neighborhood. The site, which is currently a 132-stall surface parking lot, would be redeveloped into a four-story hotel by Chicago-based Murphy Development Group for international hotelier Choice Hotels.

A first-floor pool and fitness center are depicted as well as a “coffee house pub” and meeting room for the site at the northwest corner of N. Plankinton Ave. and W. Clybourn St.

The hotel would be the first non-parking structure to rise from the block bounded by W. Clybourn St., N. 2nd St., W. Michigan St. and N. Plankinton Ave. in decades. The only structure on the block is the former Gimbels parking garage, with the rest of the block used for surface parking.

The L-shaped building would include an interior courtyard with stamped concrete and a five-foot-tall fence. The 56-foot-tall building is proposed at a size of 80,708 square feet.

The permit indicates the building’s construction has an estimated cost of $15.4 million. The site was acquired for $3 million in 2016.

The architect of record on the project is Stan Ramaker of the Fond du Lac-based M+A Design. Consolidated Construction Company is listed as the project’s general contractor.

After a couple months of back-and-forth with the city, final construction documents were submitted for review on May 21st according to city records. An earlier review of the plans indicated a need for a Board of Zoning Appeals variance because the first-floor is 12-square-feet short of the 119.4-square-feet of required glazing dictated by the zoning code and lot size along W. Clybourn St. Project representatives did not respond to a request for a project timeline or the status of the glazing variance.

The hotel is one of many being built across downtown. The Hyatt Place at The Brewery is slated to open in August in the northwest corner of Downtown. A Drury Plaza Hotel will open next year in the former First Financial Centre in East Town. Ascendant Holdings is planning to convert the Masonic Center into a hotel with a tower emerging from the rear of the historic building. And a Westin Hotel opened last summer near the US Bank Center office tower.

The Cambria hotel would be Choice’s only hotel in downtown Milwaukee and the only Cambria in the Milwaukee area. The hotel chain operates a number of hotels near Milwaukee’s airport, including a Sleep Inn & Suites, Comfort Suites, Mainstay Suites and Rodeway Inn & Suites.

The company currently franchises over 6,800 hotels in 35 countries and territories. 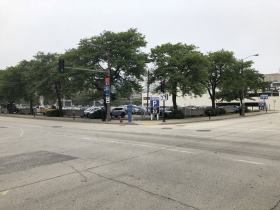 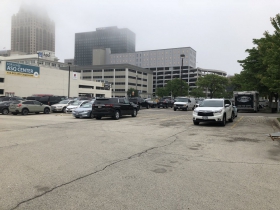 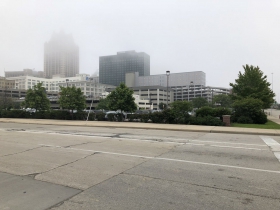 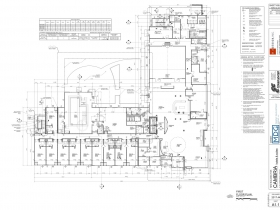 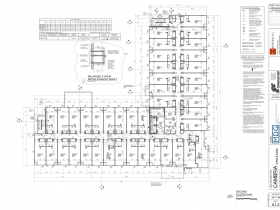 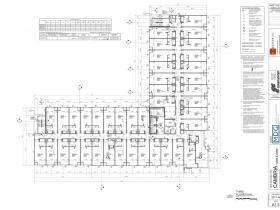 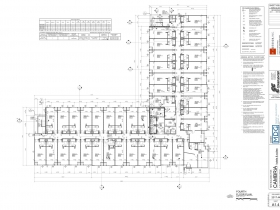 10 thoughts on “Eyes on Milwaukee: Permits Filed for Cambria Hotel in Westown”