Hotel will open near arena in July 2018. 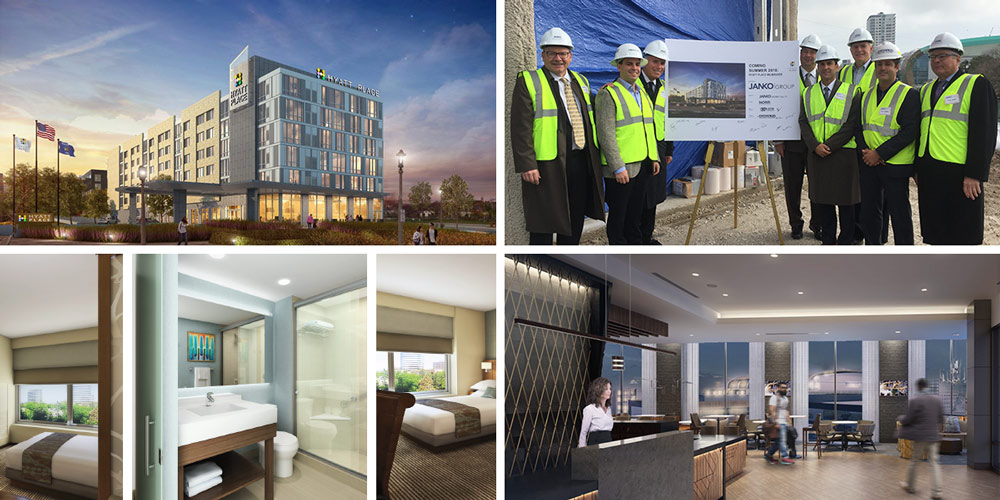 Construction on a new Hyatt Place hotel has reached the half-way point. The hotel, located on the eastern edge of The Brewery near the new Milwaukee Bucks arena, will eventually house 150 rooms spread over six floors. The hotel is being developed by the Illinois-based Janko Group.

A brief ceremony was held Thursday morning in what is to be the hotel bar to commemorate the symbolic milestone of topping off the building. Crews will now begin installing the facade and sealing the building so the interior buildout can begin.

Janko chief operating officer John Brooke stated “we want to make this a neighborhood hotel. And besides the redeveloped brewery, the marquee neighbor is the new arena. A number of elements in the hotel will have a basketball feel to them. The design by the front desk will include a “net design” similar to a basketball hoop and parquet floors in the lobby will evoke the feeling of walking on a basketball court.

Bucks vice president Alex Lasry also spoke at the ceremony, noting that the hotel is a key piece in connecting The Brewery with the new arena district. He noted that in the few years he’s been in town, The Brewery area has changed dramatically with a real community forming around it.

In a short, but humorous speech, Mayor Tom Barrett sarcastically stated “when we were negotiating with the Bucks, their final thing was they wanted to be near a Hyatt Place hotel.” He thanked the Illinois-based development team for making that happen by noting “we consider Chicago one of our finest suburbs.”

Barrett’s speech wasn’t all jokes. The mayor noted “it is because of Joseph Zilber that a lot of this has occurred.” Zilber bought the former brewery in 2006 after earlier plans fell through and set about crafting a master plan for its redevelopment. The Hyatt Place site is one of the last remaining sites to be developed in the complex.

Hyatt vice president of sales Kevin Kelly told the audience that the hotel chain launched the Hyatt Place brand 12 years ago and in the coming months will open the 300th Hyatt Place. Kelly stated that Hyatt Place is “a brand catering to today’s business traveler and their busier than ever schedule.” Amenities at the hotel will include 2,000 square-feet of meeting space, a large fitness center and bar with floor-to-ceiling windows that overlooks the nearby arena and downtown. An outdoor plaza is planned for the eastern end of the site.

The hotel is being designed by Norr Architects, Engineers and Planners. WM. A. Randolph, Inc. is serving as the project’s general contractor. Janko will operate the hotel for Hyatt.

Janko expects to employ 40 people on-site once the hotel is open.

In late April the Common Council approved a quitclaim deed on the one-acre site that conveyed sanitary and storm sewers to the developer’s affiliate MKE Hotel, LLC. That action, which was approved by the Public Works Committee in under one minute, effectively got the city out of the way, allowing construction to start. The project designed was unanimously approved by the City Plan Commission in October 2016.

The parcel has an address of 821 W. Winnebago St., but access to the hotel is planned via W. Juneau Ave. at N. 8th St. The parcel is just west of the roundabout where W. Juneau Ave. and W. Winnebego St. converge. Janko bought the parcel from Zilber’s Brewery-affiliate for $1.35 million in April. The hotel has an estimated cost of $27 million.

Like the nearby Brewhouse Inn & Suites, the hotel will offer a small amount of parking on-site with valet service storing cars in the large parking garage built in the center of The Brewery.

Similar to many other projects in The Brewery, the new hotel relies in part on EB-5 financing. The EB-5 program allows foreign nationals to obtain a green card in exchange for a $500,000 investment that creates ten permanent jobs. Blue Ribbon Management facilitated the EB-5 financing.

The hotel is on track to welcome its first guests in July 2018.

We last reported on the project in July as part of our Friday Photos series that examined all of the projects underway at The Brewery. 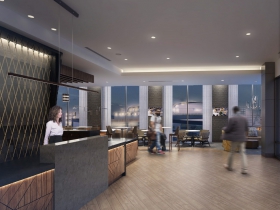 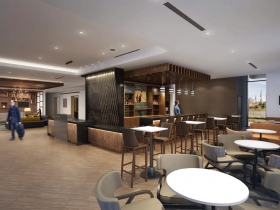 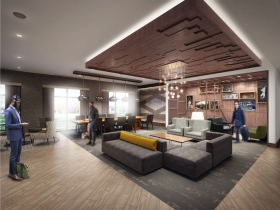 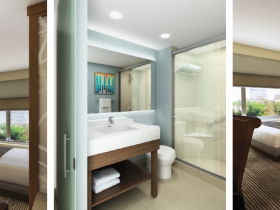 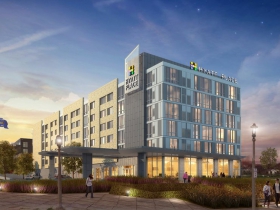 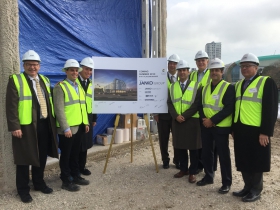 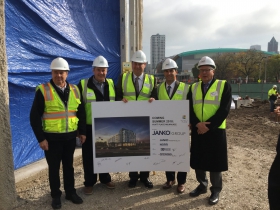 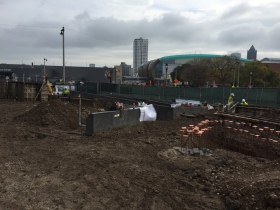 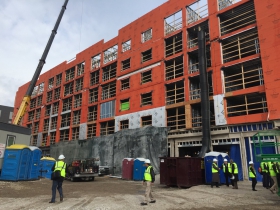 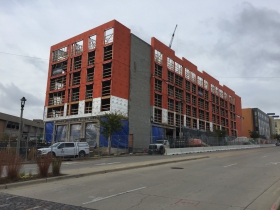