Inside the Westin Hotel 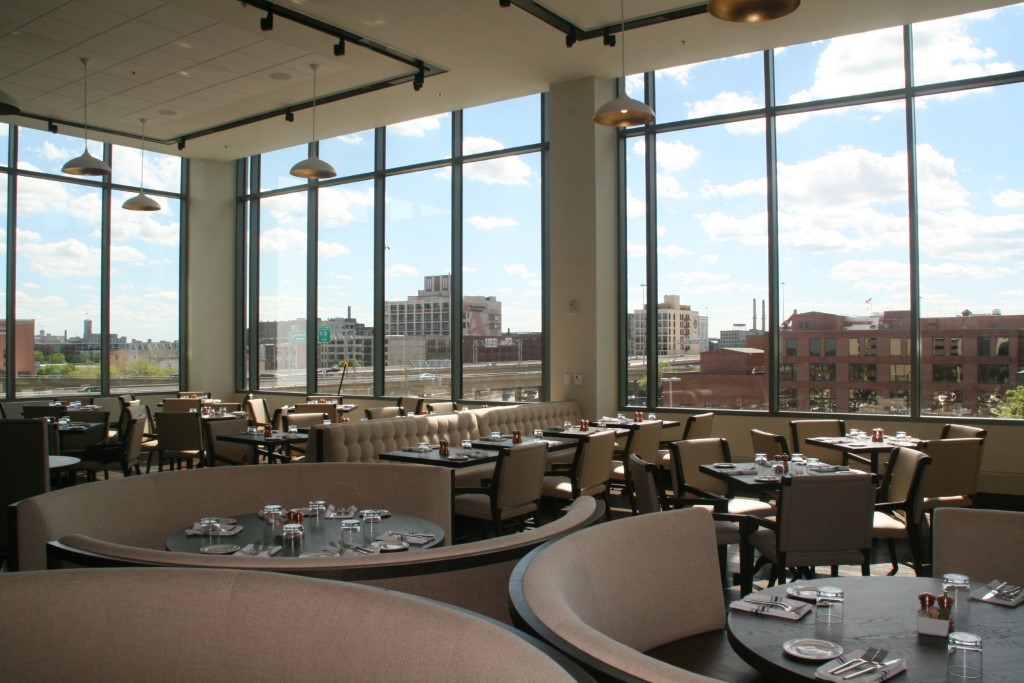 Stella on Van Buren at The Westin Milwaukee. Photo by Jeramey Jannene.

The Westin Milwaukee hotel opened its doors to the public today. The four-star hotel is the latest entry into the rapidly growing ranks of downtown hotels. It boasts high quality rooms and a marquee location near E. Wisconsin Ave. and the lakefront that is directly connected to the US Bank Center complex. Travelers will find that location ideal, but Milwaukee residents will also enjoy one of the hotel’s key amenities, a bar and restaurant known as Stella on Van Buren.

The nine-story, 220-room hotel is run by general manager Jeffrey Hess, who leads a 127-person hotel staff, plus an additional 25 managing the hotel’s valet parking. Hess is an industry veteran and has experience in launching hotels, having led the the Milwaukee Marriott Downtown when it opened in 2013, and he seemed impressively calm as we toured the hotel Wednesday afternoon even as his workers moved every which way putting finishing touches on the hotel.

Most guests will enter the hotel as I did on my tour, from the first floor arrival lobby at 550 N. Van Buren St. From there they will proceed to the main lobby on the third floor dubbed “the haven” where guests will find the area divided into spaces to socialize, be productive or relax with lounge furniture and tables arranged in small clusters. It’s on the third floor that guests are greeted by the concierge and begin the check-in process. The floor also contains a 5,000 square-foot complex of ballrooms (which will host its first wedding reception on June 17th), the Stella on Van Buren restaurant and a skywalk connection to the galleria level at the US Bank Center.

Hess says the core of the Westin experience is making sure guests leave feeling better than when they arrived. He noted that a recent study found 85 percent of travelers get back home feeling worse than when they left. To that end, Hess notes the Westin has a wellness focus, offering curated experiences for guests including a yoga partnership with the Wisconsin Athletic Club, a running concierge and the ability for guests to hit the water through a partnership with the Milwaukee Kayak Company. Guests can also take advantage of the indoor fitness facility on the second floor. The hotel brand also puts a substantial focus on their in-room experience starting with the custom-designed, king-sized “Westin Heavenly Bed.” And next to every bed is a lavender balm for guests.

Those using any of the hotel’s 9,000 square-feet of meeting rooms aren’t exempt from the wellness focus. The hotel features a “rejuvenation break” service to prevent visitors from sleeping through board meetings.

“The haven” is designed to reflect this wellness mantra. The third-floor lobby is designed to borrow elements from the natural world, including lots of earth-tone colors and design patterns that mimic patterns found in nature. Not to mention a massive living wall made out of various plants that visitors encounter when entering from the skywalk.

The hotel will get put through its paces tonight with 75 rooms booked, including a number for hotel staff. They’ll be staying in everything from the standard guest rooms, many with views of Lake Michigan and the festival grounds, to the hotel’s seven suites. The largest of the suites is an approximately 1,400 square-foot presidential suite with multiple bedrooms and a Kohler shower system complete with mood lighting.

Milwaukee residents will find the restaurant and bar in the hotel the most important space in the building, and if things go as planned, a place worth regularly visiting. Hess stresses that it’s not a “hotel restaurant,” but a “restaurant at a hotel.” To that end the restaurant was born out of a partnership between Chicago-based Lettuce Entertain You Enterprises, Inc. and hotel manager White Lodging. James Beard award nominee Andrew Ashmore serves as the restaurant’s chef.

The space itself is striking, featuring nearly floor-to-ceiling windows that overlook Downtown and the Historic Third Ward. The kitchen can be viewed by diners, as can the wine “cellar”, with all the bottles behind a glass-boxed wall, but what is most striking is the massive wall of bourbons, scotches and whiskeys (94 in all) that frame the bar.

White Lodging intends to partner with Milwaukee Italian food legend Mimma Megna of the now-defunct Mimma’s Cafe, who will lend some of her dishes to the restaurant on a regular basis.

Hotel guests will also be able enjoy 24-hour room service from the restaurant.

The team behind the hotel is a familiar one to close observers of Milwaukee’s downtown development boom. Jackson Street Holdings is the hotel’s developer. White Lodging Services Corp. is serving as the operator of the hotel. Doug Nysse of Arrival Partners served as a project planner and development consultant while his former employer Kahler Slater served as the project architect. That’s the same team behind two other downtown hotels, the Milwaukee Marriott Downtown on N. Milwaukee St. and SpringHill Suites Marriott on N. 4th St. The group is also one of two entities vying to land a deal to develop a massive hotel and convention center expansion on the city-owned parking lot at N. 4th St. and W. Wisconsin Ave.

J.H. Findorff & Son Inc. served as the general contractor on the project.

The hotel is built on a 37,395-square-foot lot made available from the 2010 redevelopment of the US Bank Center’s parking garage. The rebuilt garage, located at the southern edge of the complex at 716 E. Clybourn St., has a much more efficient layout that fits the same number of stalls in half the footprint of the prior garage.

For information on room reservations, visit the Westin Hotels and Resorts website. 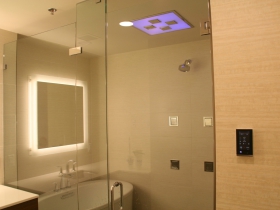 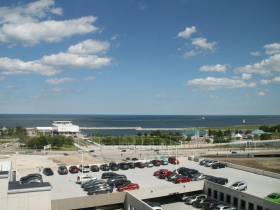 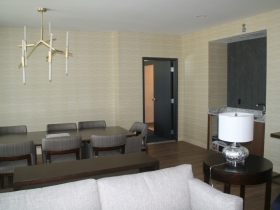 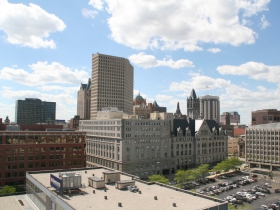 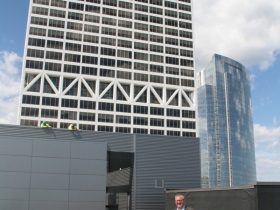 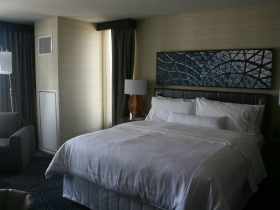 2 thoughts on “Eyes on Milwaukee: Inside the Westin Hotel”