By Chuck Quirmbach, Wisconsin Public Radio - May 17th, 2018 11:22 am
Get a daily rundown of the top stories on Urban Milwaukee 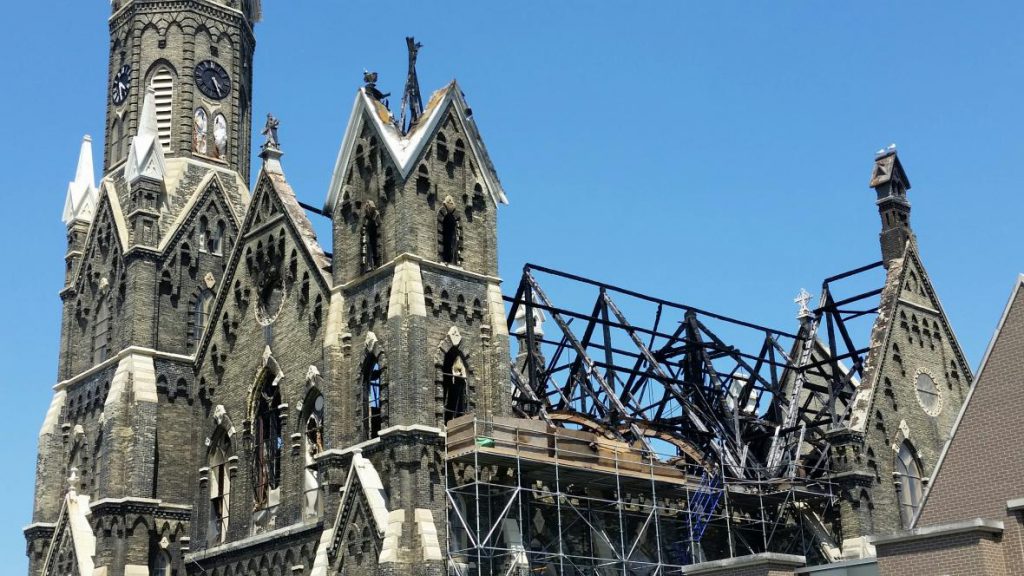 A Lutheran leader is promising that services will eventually resume on the site of a historic church that caught fire Tuesday in downtown Milwaukee.

As of Wednesday, damages to the 140-year-old Trinity Evangelical Lutheran Church were estimated at about $17 million.

Rev. Jonah Burakowski is with the South Wisconsin District of the Lutheran Church-Missouri Synod. He says the congregation is committed to repairing the current church or building a new one on the same site.

“They want to gather at the place they know as home,” Burakowski said. “You know, we rebuild cities that flood all the time, because there’s a strong emotional connection and there’s an importance to that.”

Burakowski said a lot will depend on any insurance settlement, and possible fundraising. Trinity is a State Historical Landmark, and is on the National Register of Historic Places.

“(Fire) doesn’t take much and once it gets into the walls or into the hidden spaces, they’re just really, really difficult to fight because the high open spaces,” Rohlfing said at a Wednesday news conference.

Rohlfing recommended that church leaders have good fire detection systems, and to be careful with candles. He also suggested caution with construction work on older buildings.

Rohlfing wouldn’t say what caused the fire at Trinity, but a deputy chief says the blaze may have been started by heating tools used by roofers. 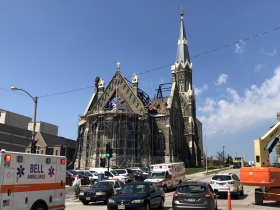 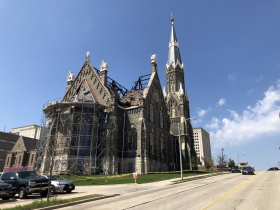 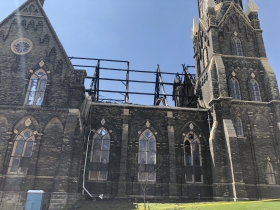 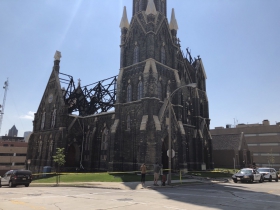 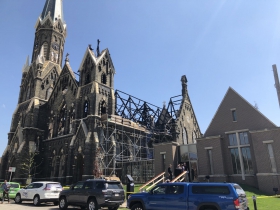 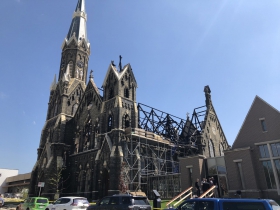