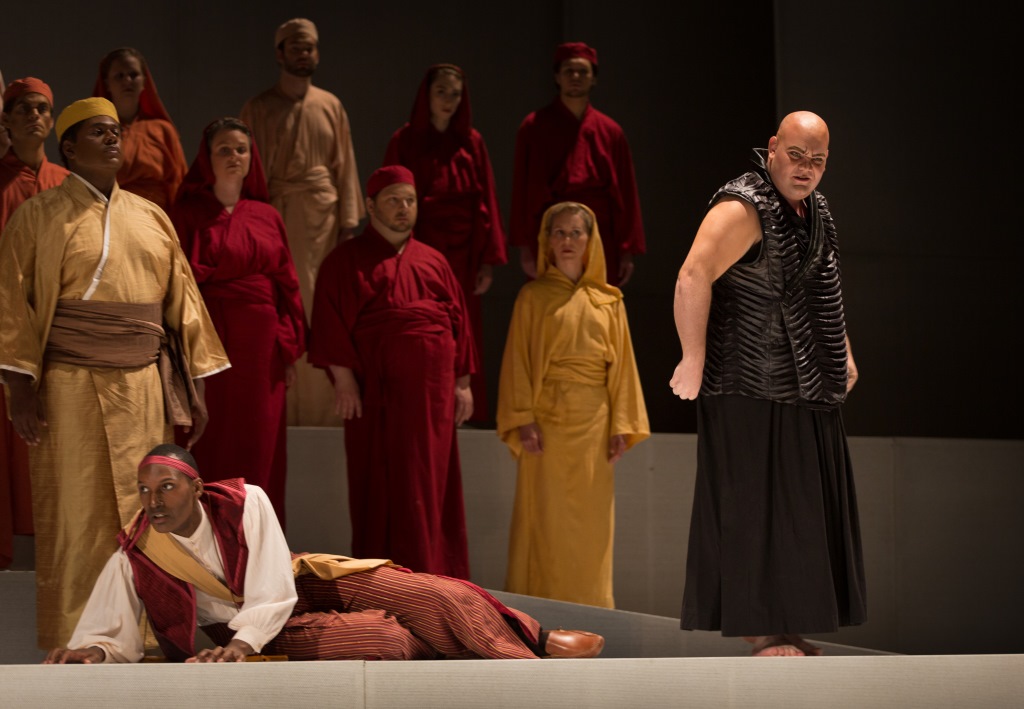 It’s the most flowing, melodic and playful of Mozart’s opera scores, but every production arouses the stage designer’s imagination about how best to stir up magical flute and pipes, wind, fire, holy temples, evil spells and nature’s darkest corners without distracting from — indeed enhancing the musical spell of — The Magic Flute.

Returning I believe to a 2009 stage design, the Florentine Opera on May 11 and 13 at cavernous Uihlein Hall cast its production lot with pristine stately processional entrances on cool white-and-blue steps, using slides, scrims and projections to carry us around this fanciful land of serpents and deities – an attractive background approach that allows focus on the singers who always make each production different.

They were isolated in a series of strikingly costumed tableaus while singing in English, with comforting superscript overhead. The comic undertones and romantic motives were presented in un-flowery dialogue and pantomime strokes. Every chorale number, trio and mixture of crowd and principals was precisely presented stage-front so that not a single intonation or musical flourish could be missed.

Other stagings are more compelled by the impish moments in the music, the chances to undercut, comment and even expand the many messages and give license to the music’s passion. But this Florentine approach was not without stylistic acceptance. It encouraged the audience to huzzah every musical highlight and appreciate the stately progression of the plot. Reviewers must examine the approach in front of them, which here was well thought out.

But there was still a problem in the Florentine’s marrying a previous design to a new cast. The singers must be totally of a piece with the formal unfolding, willing to work within the confines of the staging presentation and stately movement choices of director William Florescu (who unexpectedly resigned as general director on May 10). But the staging was not always a fit with the naturalization instincts of the cast, which sometimes seemed stifled by the limitations.

On the other hand, some in the imported cast may have been chosen for musical presentation more than acting ability. The music in any style still demands clearly felt moments of anger, mischief, anguish and fear – Mozart didn’t want us to be sure if the Queen of the Night or the priestly Sorastro would win the battle for the beloved souls.

The Florentine was fortunate in lead couples who could humanize any approach.

In eminent tenor Noah Stewart as Tamino, the Florentine brought in a singer of great expressive modulations and instinct for human connections. His could be a showy tenor but it’s not, and was perfectly controlled and deeply musical as the hero endured tests of nobility and silence. As his companion, the chatterbox Papageno, Will Liverman offered an expressive punchy baritone and natural underpinning that survived repetitive flailing around for comedy. He and Rachel Blaustein as Papagena had fun kicking around the famous Papa-Papa-geno-gena duet.

As Pamina, the heroine constantly threatened with abduction and unrequited love, a status that produces memorable arias, the Florentine was blessed with a Wisconsin trained import, Jamie-Rose Guarrine. She is establishing herself as one of the warmest lyric sopranos in the business and here added humanity where she could.

Area high school students as the three spirits acquitted themselves with professional stage presence and singing ability – dare I suggest that Sarah Leurquin was the tonal standout? The three flirtatious magical escorts for the Queen of the Night – Ariana Douglas, a first-class soprano as Skylight audiences know, and mezzos Ashley Puenner and Jenni Bank – gracefully anchored several quintets.

There is a warm forceful quality to the bass of Jeffrey Beruan, who played Sarastro, the guru mistaken for a villain who wanders around in priestly robes, but the lowest notes are usually regarded as the heights of Sarastro’s basso impact, and Beruan chose to shine in the middle register.

Argentinean import Laura Pisani had all the exquisite delivery demanded of the Queen of the Night, with its staccato coloratura that should cut Pamina like a knife –- but even at her dramatic heights we were pretty sure Sorastro will win. Pisani is excellently about musical exactness – which worked early on when Tamino falls for her motherly manner – but we waited in vain for the onslaught of fury that drives this part’s fame.

Supporting roles from Eric McKeever as the old priest and Thomas Leighton as the villainous Monostatos were adequate. I was disappointed the conductor Joseph Rescigno exercised an exact operatic pacing without letting the Milwaukee Symphony play around a little as the music allows. 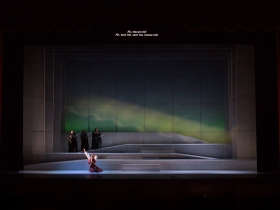 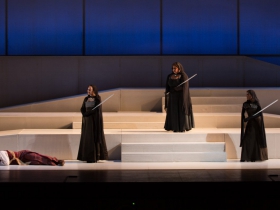 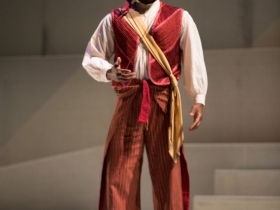 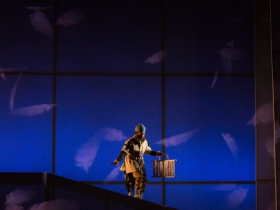 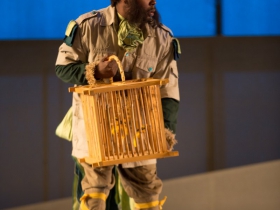 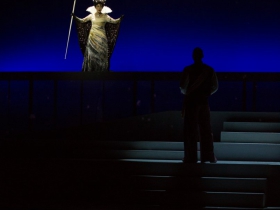