Republican law aimed at Milwaukee BIDs made it harder to raise money for fair.

By Edgar Mendez, Milwaukee Neighborhood News Service - May 11th, 2018 10:30 am
Get a daily rundown of the top stories on Urban Milwaukee 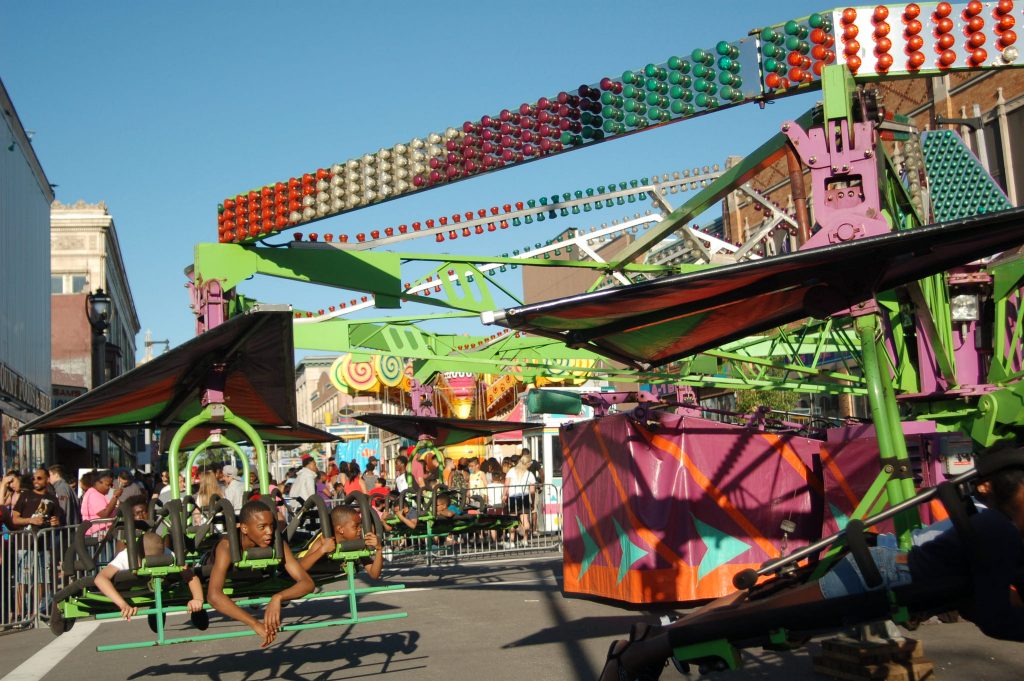 “We just weren’t able to pull everything together to hold it this year,” said Bush, adding that the fair would be back in 2019.

Bush said organizers decided last week to cancel it because of funding issues exacerbated by increased safety costs. The well-attended Sun Fair, which is sponsored by BID 4, was relaunched in 2010, an offshoot of a Mitchell Street Fair that drew large crowds in the 1980s and 90s.

The main challenge in funding is due to a recent change in state law specific to Milwaukee, which altered the funding mechanism for business improvement districts (BIDs). Budget Motion 418 was part of a package of amendments introduced by Rep. John Nygren and Sen. Alberta Darling, both Republicans. The legislation changed the way mixed-use properties within the BIDs are assessed. 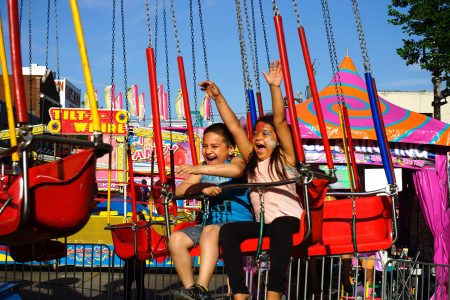 The Sun Fair had run annually since 2010 before it was cancelled this year. Photo by Adam Carr.

BIDs collect assessment fees from local business to be used to improve safety and cleanliness, and to hold events that help promote and draw businesses to the area, among other tasks.

The BIDs can now assess only the percentage of the mixed-use property that is not tax-exempt or residential. That meant the Mitchell Street BID could only assess the street-level retail portions of buildings rather than the entire property, explained Bush. Because there are several mixed-development properties on Mitchell Street, that change cut $10,000 from the BID’s operating budget, she said.

The loss of funds this year led the BID to seek an outside vendor to run the festival, which Bush said has always made a profit. However, organizers decided that it is in everyone’s best interest  to cancel this year’s fair, she said.

Part of the reason was the expected increase in the cost of security for the festival.

“This year we weren’t able — nor was the potential operator — to set up the amount of security that we wanted, which would have been an increase over the last few years,” said Bush, who did not name the outside vendor.

Multiple fights, several of which were caught on camera and shared widely on social media and television news, marred the 2017 festival. According to police, five adults and one juvenile were arrested as a result of the incidents. Some community members believe those incidents led to the cancellation of this year’s fair.

“I went last year and do believe they’re cancelling it because of the number of fights that occurred,” said South Side resident Kayla Sanchez.

She said she attended several fairs with her children, ages 2 and 4, prior to last year, with no problems. She said the fair was a way to make memories with them.

“I wanted them to experience it every year (but) they won’t be able to enjoy it this year. I’m sure a lot of families will be missing out, including mine,” Sanchez said.

Juanita Torres, who has lived near Mitchell Street for 36 years, said attending the fair has been a tradition for her siblings and children. She said they like to go early when it’s less crowded. Torres hopes the fair comes back next year so they can keep the family tradition alive. She said while some people were worried about the fights, they aren’t representative of her experiences at the fair and won’t deter her from going back.

“There’s always a chance that there is going to be a fight or disagreement anywhere you go but we can’t stay in a bubble,” Torres said.

Bush insists that the fights, while troubling, have not happened often at the fair and are not the reason it is being cancelled.

“The fair has always been family friendly, and safety will continue to be of paramount importance. The people who caused problems last year didn’t come here for the rides or to buy food; they came to cause trouble,” Bush said.

Santa Fret, owner of La Borincana, 1820 S. 13th St., said her restaurant sold pinchos, a Puerto Rican staple, and other food at the fair for the past four years. Fret said the restaurant would post fliers announcing the fair on the front windows and customers asked about it often. She said she was very disappointed when she heard it was cancelled.

“It’s really a shame, especially for the kids. It was something great for them to do in the community. They keep taking things from Milwaukee,” said Fret in Spanish, adding that her business didn’t profit from the fair but she appreciated it.

At least one business owner in the area is not disappointed to see the festival take a break. Alicia Leguna and her husband Antonio, who opened Dulceria Alicia, a candy store located at 812 W. Mitchell St. nine years ago, said they close early during the festival and that long lines that form for the rides block customers from entering.

“The fair hurts our business,” said Alicia Leguna in Spanish.

Those who do come in during the fair, she said, do so to use their phones or ask to use the bathroom. Some get upset at the owners because they keep a watchful eye for shoplifters, she said.

“There’s a lot of out-of-control kids in the store and banging on the windows in front during the festival,” according to Leguna.

Despite the challenges, the fair has been a great success, said Bush, who added that occupancy on Historic Mitchell Street is up and a new art studio would be opening there soon.

“Business is better than ever. The Sun Fair has been a great event for businesses and for residents of the neighborhood,” Bush said. We’re skipping it this year but looking forward to the future of the fair.”

One thought on “Why Mitchell Street Sun Fair Was Cancelled”