By Chuck Quirmbach, Wisconsin Public Radio - May 10th, 2018 02:27 pm
Get a daily rundown of the top stories on Urban Milwaukee 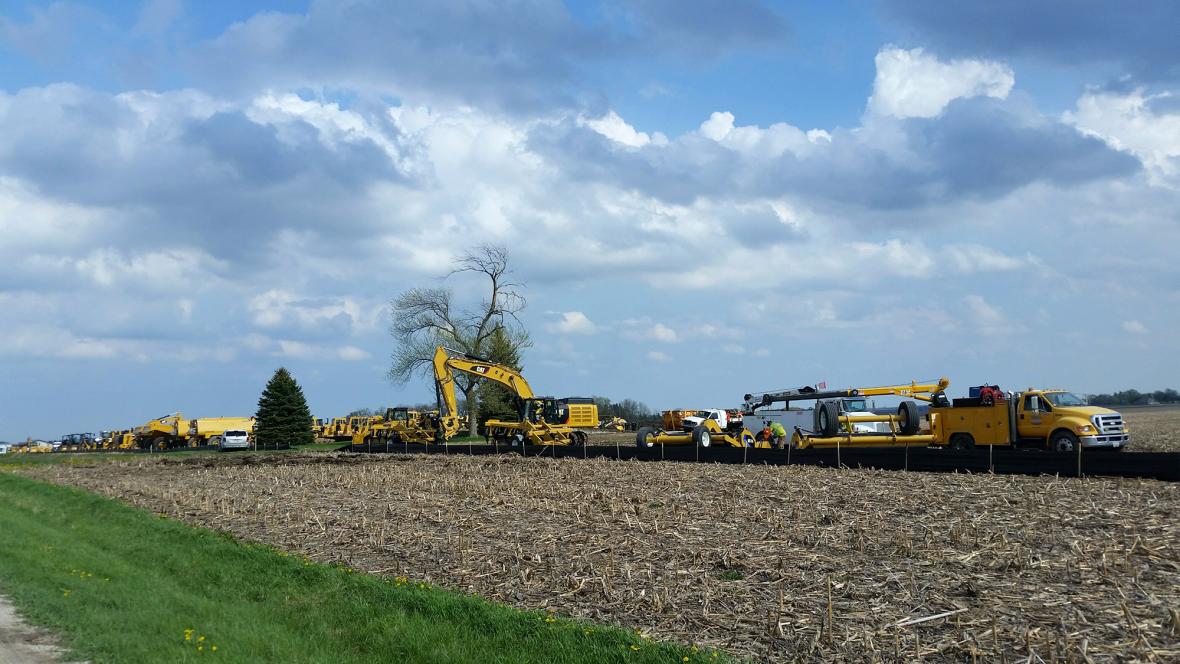 More construction equipment has arrived at the Foxconn site in the Village of Mount Pleasant. Photo by Chuck Quirmbach/WPR.

A development committee in Racine County has passed a land use plan to help make way for the Foxconn Technology Group manufacturing facility being built there.

The Community Development Authority in the Village of Mount Pleasant has OK’d a proposal covering about 2,900 acres. The plan would help the village use powers of eminent domain to obtain property from several residents who still own land Foxconn wants for its proposed complex. 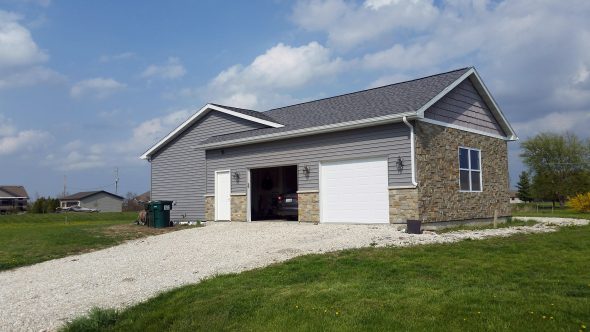 The Mahoney home in Mount Pleasant is one property the village has not been able to acquire for the Foxconn project. Photo by Chuck Quirmbach/WPR.

Village attorney Alan Marcuvitz told the authority at a meeting Wednesday night that tax assessment values in the area will dramatically increase from last year’s figure of about $18 million.

“And you know from what you’ve heard before, that the first phase alone of the Foxconn project will grow that by $1.4 billion” Marcuvitz said.

The Community Development Authority voted 6-1 for the plan. The only opponent was Matthew Cramer. He said the plan sets a bad precedent because it could help the village use powers of eminent domain to acquire land from unwilling sellers.

“This is an abuse of power because it forces selling of property against the will of owners who hold ownership, right and legal. It is exercising a concept that land ownership means nothing, land only belongs to you until the government sees a better use, whether that better use is public, or in this case, private and for-profit,” Cramer said.

Village President David DeGroot emphasized the community will continue its policy of trying to reach voluntary agreements with landowners. The village says it now holds 80 percent of the land in the Foxconn project area.

Erik Olsen, a Madison attorney representing some of the landowners, said a recent ruling against the residents in federal court will be appealed.