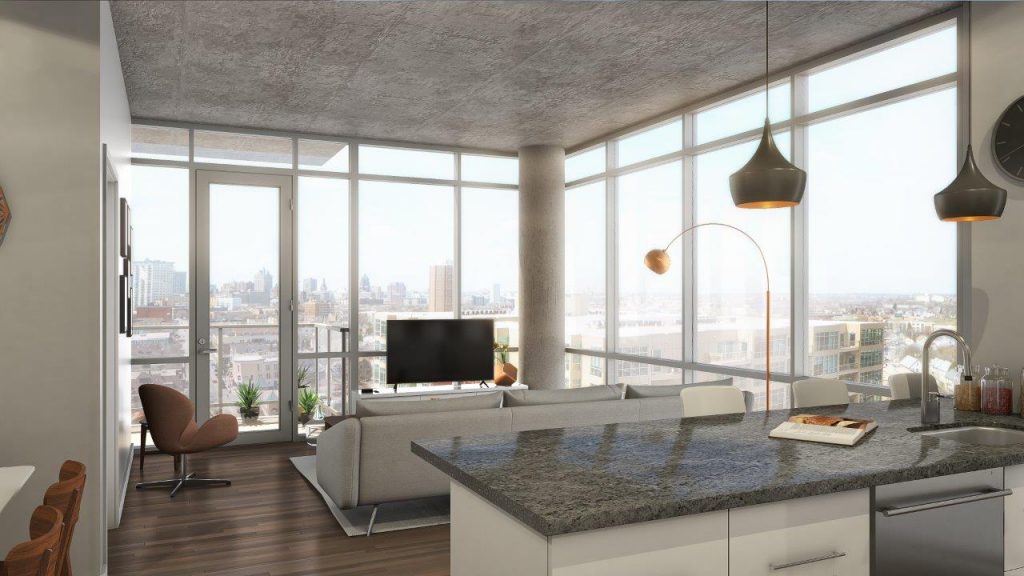 Rendering of apartment at Urbanite. Rendering by Eppstein Uhen Architects.

On Friday we reported that the 13-story apartment tower rising at 1840 N. Farwell Ave. would be called “Urbanite.” Now more details have emerged about the 153-unit apartment tower.

Award-winning chef Justin Carlisle announced in 2016 that he’ll open a restaurant in the building, complementing his Red Light Ramen and Ardent restaurants just across the street. That restaurant will actually take the form of two restaurants.

A grab-and-go deli counter will be known as The Duke, in homage to Carlisle’s father. A more casual sit-down portion will be known as Purleiu, meaning neighborhood. The restaurant-within-a-restaurant concept was used by Carlisle to launch Red Light Ramen with Ardent, before spinning the late-night ramen joint into its own space.

The building draws its name from what New Land says is a “street-centric design.” In a release, developer Tim Gokhman says: “Unlike Prospect Avenue, which for the most part doesn’t feature mixed-use buildings, Farwell is more about the street level.”

The building is scheduled to be completed in September, and comes packed with a load of amenities for residents beyond the restaurants in its base. The third floor will include a fitness center, on-site massage therapy studio and guest suite. The fourth floor features a clubhouse and outdoor terrace. A leasing website is now available.

Gokhman is quite proud of how it’s come together: “The lobby will offer lounge seating and direct access to enjoy Justin’s creations, along with space for a coffee shop, which will be open to the public — a design and level of amenities you’d expect to see in a Chicago high rise.”

The project is being developed by two frequent collaborators: Gokhman’s New Land Enterprises and Jim Wiechmann of Wiechmann Enterprises.

Stevens Construction is leading the construction of the building. The project was originally designed by Kindness Architecture, which has since been acquired by Eppstein Uhen Architects. Old National Bank is providing construction financing.

The tower replaces a four-story, modernist office building that was deconstructed in late 2016. Originally built in 1961, that building housed the offices of New Land Enterprises and a handful of other tenants. New Land relocated to the building immediately south of the project in advance of construction and confirmed in Monday’s press release that it will move into the new Urbanite building. A surface parking lot was also eliminated as part of the development. 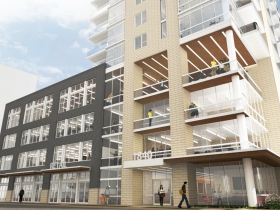 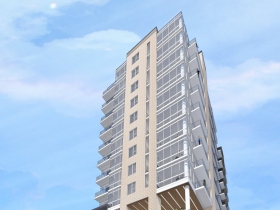 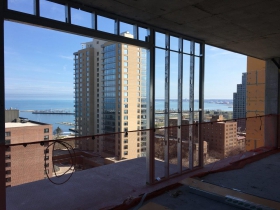 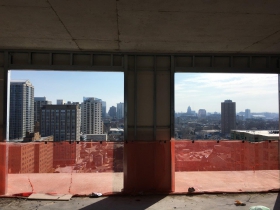 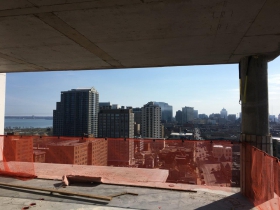 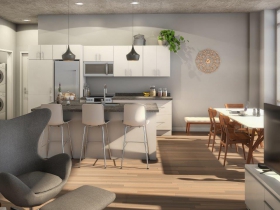 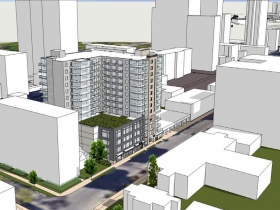 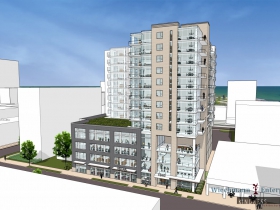 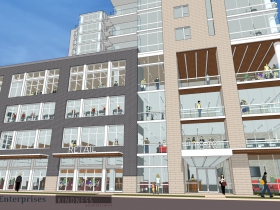 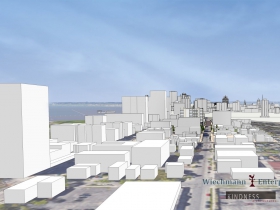 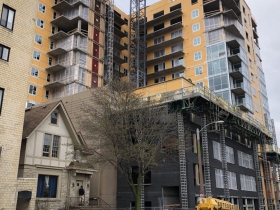 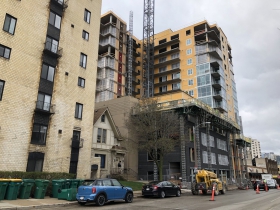 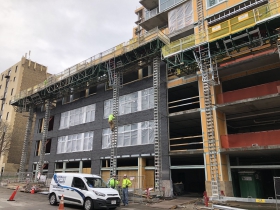 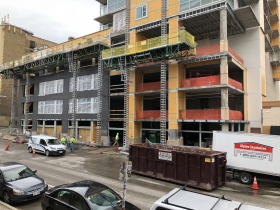 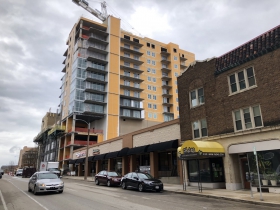 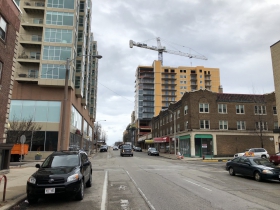