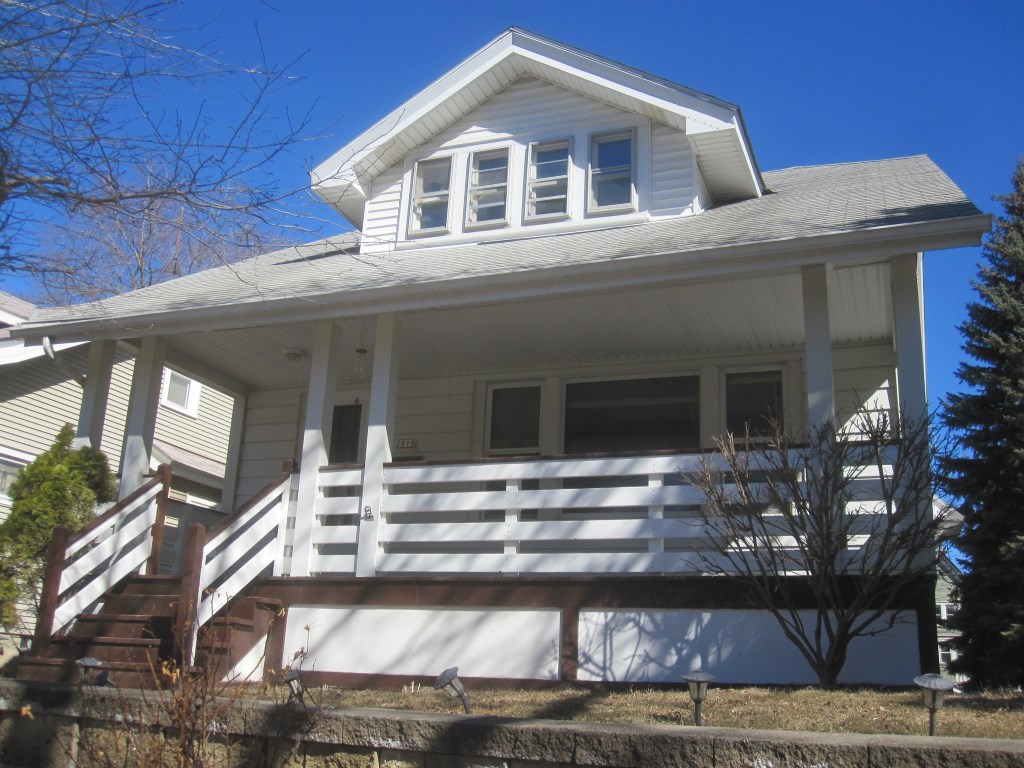 In 2016, a House Confidential story about Bill Sell‘s S. Lenox St. bungalow concluded with this observation about the Bay View neighborhood and its committed residents:

It appears that this home and the neighborhood of Bay View in general attracts occupants with a strong sense of community.

In a couple of days when Sell looks out his window, his eyes will light on the latest House Confidential Honoree, a 1922 bungalow purchased this week by Jeramey Jannene and his wife, Alison Peterson.

Jannene is the President and co-founder of Urban Milwaukee (Motto: “Championing Urban Life in the Cream City.”), and this department has followed him and his Milwaukee Public Schools speech therapist wife as they searched the city for a home to meet their needs and budget. Their search has ended on this quiet, hilly street quite near Humboldt Park. That greenspace provides a convenient shortcut to Toni’s Moody Blues, which underwent a Bar Exam on April 10th. For now, though, the first order of business for the couple will be to disentangle themselves from the wrapping paper and packaging tape that is probably keeping them as closely bound as do their wedding rings and vows.

While the couple is unpacking, it might be a good occasion to study the outside of their new old home, so as not to disturb them or get roped into helping them out. S. Lenox St., where the home is located, runs through a hilly patch hereabouts, the benefits of which were realized by the City of Milwaukee when it purchased some land down the street in 1892 to create the bucolic Humboldt Park (later expanded to take over an adjoining brickyard). The park is just a couple of blocks to the south, and you can take a genuine brick alley to get there. (Ohio bricks.) In case the family washing machine is broken, or has not yet arrived via Amazon drone, the couple can haul their laundry to the lagoon situated at the entrance of the park, scrub their duds and dry their clothes on the rocks while taking in a concert at the park’s celebrated bandshell.

Much of the area, including the park and the site of the new Jannene-Peterson residence, as well as Bill Sell’s across the street, was part of the holdings of Henry Mann [1827-1905]. Like Jannene, who runs a number of businesses, Mann stirred many pots in concocting his stew of commercial activities. He was a grocer, a railroad director, a wooden-ware and furniture maker and land owner. The celebrated “Lion House” on N. Franklin Pl., which he purchased for $10,000 in  1862, and in which he resided until 1895, is now the home of the Lynde and Harry Bradley Foundation, a national bastion of Conservatism, and staunch upholder of Tradition. The Bradleys would be happy to know that the limestone curbstones the Socialist government of Milwaukee laid down on the street a century ago are still in service, as is that brick alley.

The home is white, and looms above the visitor, thereby exaggerating its size, which is a comfortable 1,540 square feet. It sits on a 4,644 square foot lot, affording plenty of room for expansion. It takes a good eight steps just to get from the walk to the stoop of the Craftsman Bungalow, with its generous overhanging porch. Then it takes another five steps to get to the front door. Although this might not be ideal for the furniture haulers, it does keep the activity inside the home away from prying eyes on the street, which is a plus. There is a recent retaining wall in front of the home, which is shared by the neighbor. It will hold for now. The landscape is mostly in the past-tense, and the crabapple at the front is twisted and contorted due to random pruning. It should look lovely nonetheless in a couple of weeks. A rather unfortunate porch repair has horizontal wooden trim, and a solid base, where the original would have had vertical stiles, above and below the deck. A photo in the files of the City Assessor shows the original, which was quite attractive and simple and can be readily reproduced.

Like the landscape work, that project, too, can wait. A central dormer sports four windows, and the picture window in the living room should admit plenty of light from its elevated perch. A visit to the alley shows even more stairs with their gas pipe handrails. This is going to be one dry basement, since it’s a good floor above the alley. One missing element is a garage. To accommodate one would require a considerable excavation. This has been done by neighbors to good effect, and usually includes a deck above the garage. One more expense for the new home owners!

Stable Ownership over the Years

The new residents will return the home to owner-occupied status, which would have been the norm here when it was built at what was then 442-Lenox St. Most recently it was owned by a Virginia resident, who bought the place for $70,000 in 1998.

It was offered for sale with this pitch:

Shall we note that when real estate poets write of Tiffany windows in Bay View bungalows, they are using it as a generic term for “stained glass.” A genuine Tiffany of that size would run about $40,000 — more if it has an angel.

The residence is quite near the “Nightmare Before Christmas” house, a Halloween attraction in Bay View, which received its House Confidential honors in 2015. Let’s hope there are no spirits lurking in the home today, but if so, we have a few candidates.

The first occupants were Joseph and Anna Sommers. Joe was a machinist, but by 1930 Anna was a widow. She stayed in the home until her death around 1940, at which time the place was listed as vacant in the City Directory. In 1945 the place was owned by Oscar and Helga Engebretson. He was a carpenter at Lehigh Valley Coal Sales Inc. (Both coal sales and coal company carpenters are considered dead trades in Milwaukee, but the Trump administration may yet spur their revival. The home is currently heated by gas, but this can be reversed.) The next owners were Ralph L. Bauer and his wife Catherine. Ralph continued the working-class ownership of the home in his capacity as a mechanical engineer at Bucyrus Erie. In 1960 Maynard J. Stahl and his wife Martha moved into the place for a long run. Maynard was a machinist at the Ladish Company, and the family remained in the home until its 1998 sale to Thomas Elwell, who owned it until last week.

And now the home passes into new hands at a time when Bay View itself is becoming more genteel. It’s time to haul down the blue collar banner on the ramparts and replace it with a collar of white, as this residence, like so many others in the neighborhood, transitions into the ownership of the young professionals who, like Jannene and Peterson, work to provide for a new, Urban Milwaukee.

Learn More About Bay View on May 5th

Neighbor Bill Sell will be leading a walk called A.W.A.K.E.: “A Walking Answer to Kinnickinnic Entropy” on May 5th from 11 a.m. to 1 p.m.. The walk starts at Freya Salon, 2318 S. Kinnickinnic Ave., next to Cafe Centraal. Sell will discuss the disconnect between the north and south ends of Bay View’s principal thoroughfare in this Jane’s Walk Mke event. For more details, check here. For more about the Bay View philosophy, read Urban Manifesto by Bill Sell. 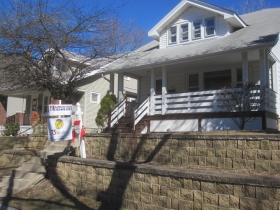 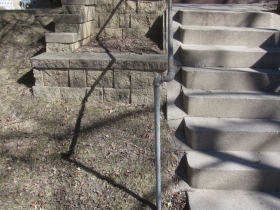 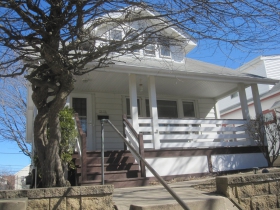 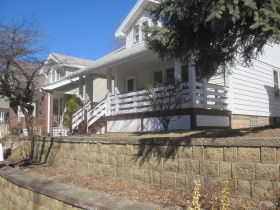 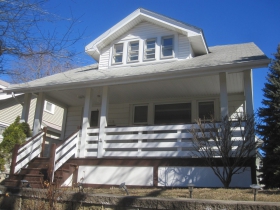 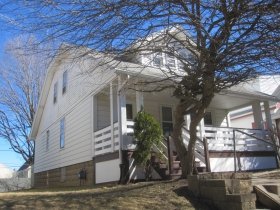 One thought on “House Confidential: A Very Urban Milwaukee Home”