The Whacko Primary for Governor

Seriously, a dozen or more Democratic candidates? It’s beyond the Republicans’ dreams. 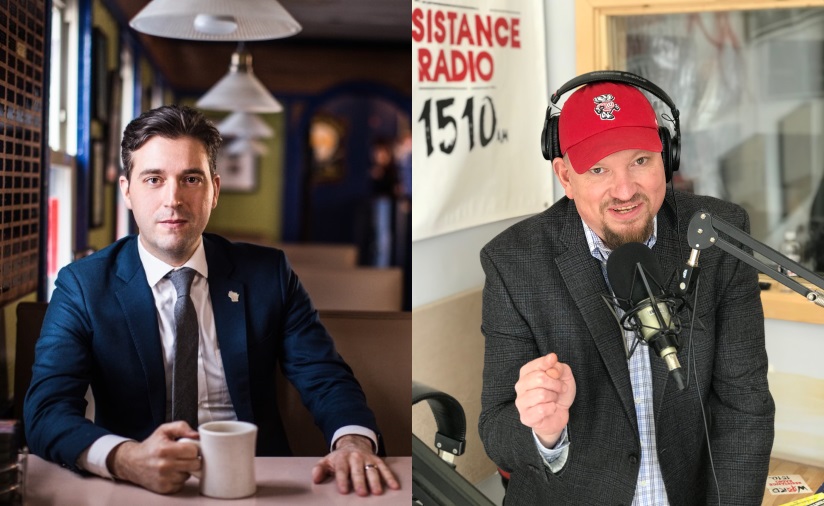 Is there anyone who isn’t running for governor in the Democratic primary?

Yesterday we learned that Mike Crute, who owns and does a talk show for the liberal Resistance Radio, WRRD 1510 AM, is running in the primary. No, he has no experience in politics, but Crute does have a story to tell if you’ve got time for it.

Last week, it was Josh Pade, a Kenosha corporate attorney no one ever heard of, who announced he will be a Democratic candidate for governor. His youtube introductory video is a fine new showcase for the polka, “Roll Out the Barrel,” should that ever be needed, but tells us not one word about Pade.

That’s how low the bar has gotten for entry into the Democratic primary. You just have to utter the word “Wisconsin,” note the need for change, and that we’re all in this together. Which only seems true because so many seem to be running.

The list is so large and ever-changing that no one seems to know the actual number. The media has variously estimated it at anywhere from nine to 18 candidates, which I guess depends on what you consider a candidate. Two hopefuls who entered the race, political neophyte Bob Harlow and hair salon owner Michele Doolan, have recently dropped out and endorsed Matt Flynn. That would be good news for Flynn, if anyone knew who Harlow and Doolan were.

The list of candidates could soon include Milwaukee Mayor Tom Barrett, who is putting out feelers for another run for governor. Yes, that’s the same Tom Barrett who ran and lost for the job in 2002, 2010 and 2012, the latter two times against Scott Walker. A source close to Barrett says there’s a “10 percent” chance he will run, the Wisconsin State Journal reported. That sound you hear is the laughter of Republicans across Wisconsin rolling in the aisles.

“The fact that ‘Try It Again’ Tom Barrett is preparing a fourth run for governor is proof positive that the Democrat establishment is struggling to salvage this race,” state GOP spokesman Alec Zimmerman chortled to the Journal Sentinel.

“I have heard nothing but negative feedback about Tom running from Democrats and even from some close to him,” says a Democratic consultant who, needless to say, opposes the idea.

Barrett has apparently told people he’s not impressed with the quality of the candidates in the primary. Perhaps, but what about the quantity of the field? It’s never been greater. The list is gigantic, gargantuan, ginormous.

The field is “sprawling,” declared the Wisconsin State Journal, a “jumble,” harrumphed the Journal Sentinel, while the straight-laced Associated Press went with… “crowded.” How packed exactly? At a forum in Eau Claire, “12 Democratic candidates in attendance seated two deep on a crowded dais got to answer only three questions each,” the State Journal reported.

There were complaints back in 2014 that state Democratic Chair Mike Tate hand-picked business woman Mary Burke as his candidate and discouraged anyone else from running against Walker. Which clearly didn’t work.

No such problem this time. “I’m really proud we have so many incredible people who are stepping forward to run,” says current State Democratic Chair Martha Laning. That wasn’t her plan, she says, but is a direct result of the tremendous enthusiasm among Democrats about this year’s election.

But is it possible to have too much of a good thing? She’s happy to see the democratic process play out and have the people choose the primary winner, Laning insists. So get ready for a very long ballot. In some wards there may be more candidates than voters.

The sheer size of the Democratic primary has led the majority of top Democratic donors to sit out the election so far, the State Journal has reported. The result could be an old fashioned primary heavy on retail politics and shoe leather, one donor suggested.

So it’s back to the future. Power to the people. Let a thousand flowers bloom.

Except that it’s hard for any of the flowers to stand out. Campaign forums and events “are getting covered, which is great,” as Christine Welcher, campaign manager for candidate Michael McCabe noted. “However, individual candidates aren’t getting much attention.”

Inevitably, in their frustration to get noticed, candidates could go negative. Madison Mayor Paul Soglin has already denigrated State Superintendent of Public Instruction Tony Evers, saying he has “peaked” as a candidate. Yes, Evers has been around a while, but he’s a spring chicken compared to Soglin, who was first elected to office in 1968. Earth to Paul, that was 50 years ago.

But Laning notes the candidate forums have been very positive so far. “One of the things I’ve heard is the candidates all seem like good friends.”

Laning does say she expects the field to be pared down somewhat by June. So maybe the field will be down to less than 10 candidates. But that still could mean the winner gets less than 20 percent of the primary vote. And then has just 12 weeks to sell his/her candidacy against Walker, who is likely to have a $30 million campaign chest.

That will be quite a challenge, said Tom Steyer, a hedge fund billionaire who is backing Democratic candidates in numerous states. As he told the State Journal: “That’s going to be tough… because it doesn’t give whoever wins the primary much time to pivot and raise money and build an operation.”

It is called the Democratic Party, but is it possible this year’s campaign has a little too much democracy?

31 thoughts on “Murphy’s Law: The Whacko Primary for Governor”