The Full File on Foxconn

City report on Foxconn’s history is eye opening. Why didn’t state do its due diligence? 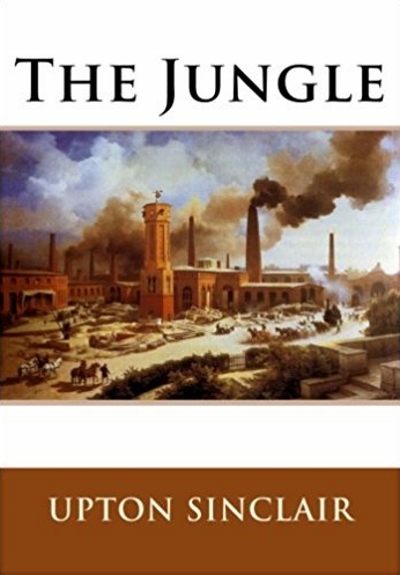 In 1974, the Hon Hai Precision Industry Co., Ltd, whose trade name is Foxconn, was founded as a small company that originally made plastic dials for televisions. By 2016 it had grown into the largest contract electronics company in the world.

A key reason for that growth was the company’s ruthless efficiency in keeping labor costs low by exploiting its employees. The harrowing details are documented in a recently released report by the City of Milwaukee’s Legislative Reference Bureau, which was commissioned by Ald. Bob Bauman.

You might have imagined the State of Wisconsin would have done such research before undertaking a deal with Foxconn, following the fundamental principle of commerce: Caveat emptor, or “let the buyer beware.” Instead the administration of Gov. Scott Walker has signed a contract awarding the largest subsidy ever paid by American government to a foreign company, without ever doing its due diligence to protect the interest of taxpayers who will pay this $4.1 billion subsidy.

The city report is heavily footnoted and filled with fascinating details, but it is Foxconn’s treatment of workers that really jumps out. “I thought, ‘my God, this is awful,’” Bauman says. “I’m re-reading (Upton Sinclair’s famous expose) The Jungle of a hundred years ago. The same company towns, the low pay, the worker injuries, the suicides.”

At its peak, the report notes, Foxconn had 1.3 million workers, but that has dropped to 873,000 due to its aggressive efforts to automate its factories. The workers are mostly Chinese. Foxconn is an international company and seeks the lowest labor costs. It has facilities in Mexico, Brazil, the Czech Republic and other countries, but has chosen to operate “the vast majority” of its manufacturing in China, with 12 factory complexes in 9 different cities, where the conditions are horrendous.

“There are numerous reports of employees working 7 days per week without the required 24-hour rest,” the report notes. “They work 10 to 12 hours per day, often on their feet. Some workers have reported standing so long that their legs swell. The work consists of repetitive, highly-detailed tasks. If a worker makes a mistake, management often berates the worker, which adds additional stress to working conditions. Company rules impose silence on the factory floors… A 2010 report from 20 Chinese universities described Foxconn factories as labor camps with widespread worker abuse and illegal overtime.”

Foxconn’s biggest factory, Longhua, houses about 450,000 workers “who live, work, eat and sleep” on a massive factory town-like campus that covers 1.16 square miles and includes its own fire brigade, television network and hospital. “The cramped dorms sleep eight per room.”

“The manufacturing plant is guarded at each entry point with security guards,” the report notes. “Employees cannot enter without swiping ID cards. Drivers entering with delivery trucks are subject to fingerprint scans. A Reuters journalist was once dragged out of a car and beaten for taking photos from outside the factory walls.”

In 2012, the Fair Labor Association investigated conditions at Foxconn. Assessors spent 3,000 hours inside the factories, evaluating conditions based on visual observation and review of policies and procedures; interviewing hundreds of workers and managers; and surveying 35,500 randomly-selected workers.

The typical employee found work at the factory to be stressful, where “workplace accidents were common” and “had either experienced or witnessed an accident while at work.” They worked in a facility where “air conditioning and other ventilation systems worked inadequately” and commonly suffered “body pain at the end of a full day of work…most often neck, back, arm and hand pain.”

Workers had no say over policies and “union” committees actually were members of management, as were those who served on safety and health committees.

“In 2011, an explosion at one of Foxconn’s Chinese factories killed 3 workers and injured 16 workers. Aluminum dust caught in an air duct triggered the blast… In 2012, a fight at one of the dormitories escalated into a riot involving 2,000 people… the company admitted that 14-year-old children had been working (at one facility).” One worker “suffered an electrical shock and fell, requiring surgery to remove nearly half of his brain, which resulted in loss of memory, speech and mobility.”

Longhua had a rash of suicides, by 14 people in 2010. In response, Foxconn increased wages slightly, and reduced overtime, but it also “installed safety nets to catch people jumping from its buildings” and now “requires workers to sign an anti-suicide pledge, assuring that if they kill themselves, the company will not be blamed or held liable for compensation.”

But “suicides persist,” the report notes, “although not to the same degree… In 2012, approximately 150 Foxconn employees gathered on a rooftop and threatened to commit mass suicide in protest of their working conditions. In 2016, a smaller group repeated the threat.”

At the Sriperumbudur plant in India, there were similar patterns of exploitation, with some unique twists. The trainee status for employees lasted up to 15 months, although training was almost never longer than one month. And 40 to 60 percent of the workers were contract workers, with no limit to the number of contract extensions. “Wages of contract workers and trainees were lower than those of permanent workers,” the report notes. “This disparity violated the Constitution of India.”

“Night shift workers did not have a meal break; they only received a 5-minute break every 2 or 2.5 hours,” the report notes. “Workers were required to work on Sundays if monthly targets were not met or if there was an abundance of orders. If workers were not able to achieve targets, they were shifted to tasks like cleaning, which is considered a form of public humiliation in India.

“Workers were not allowed to take mobile phones into the factory. If there was a family emergency, the family member would have to come to the factory and locate the worker. Employees were threatened with criminal liability for speaking to the press.”

Workers were threatened by airborne toxic discharges, such as teratogenic mercury vapor, and by n-hexane, “a chemical used in making iPhone’s signature slick, glass screens” and which “can disrupt the central nervous system of humans and induce vertigo and muscular atrophy,” the report notes.
In 2010, more than 200 workers “had to seek medical help for symptoms such as fainting, breathlessness and coughing due to an incident involving pesticides.”

Some of the machines at the Sunguvarchatram plant produced noise levels of approximately 150 decibels — comparable to that of fireworks and firearms. “The National Institutes of Health has stated that prolonged exposure to noise levels at 80 (decibels) may cause permanent hearing loss. Workers were provided with foam earplugs, but they still experienced discomfort from the noise.”

I have reported extensively on the pollution caused by Foxconn, but the city study adds more detail. It notes a 1999 report by the World Bank Group on the environmental impact of electronics manufacturing companies like Foxconn, which included a long list of more than 25 different chemicals that can be released through air emissions, and a long list of solid and hazardous wastes that can be created. “As of 2013, 25 to 60 million acres of China’s arable land were polluted with heavy metals due to electronics factories,” the city report notes, and Foxconn was a significant contributor to that problem.

And given that the state’s Foxconn Act “creates major environmental exceptions for the project,” and that the Wisconsin DNR is stepping back regulations and passing responsibility onto the U.S. Environmental Protection Agency, whose rules are being revised by the Trump administration, “Foxconn may have paper-thin requirements to meet in the way of environmental protection,” the report notes.

What the past history of Foxconn suggests is the company will look to aggressively cut costs both by underpaying and exploiting workers and by evading air and water pollution standards whenever possible. “They’ll try to avoid accountability as much as possible,” Bauman predicts. “And if there is too much pressure on the company from advocacy groups, they’ll go back to their friend Scott Walker for more legal exceptions.”

As for the idea of using train or bus transit to transport unemployed Milwaukee workers to Foxconn, there may be a reason the company has had no interest in discussing this. Its preference is for factory towns, with workers living on the Foxconn campus, to increase the company control over employees.

The company’s history suggests it will do its best to reduce worker rights and pollution controls to those that might have prevailed in the 19th century, all while enjoying a $4.1 billion subsidy which every Foxconn worker from Wisconsin will be helping pay through their taxes.

44 thoughts on “Murphy’s Law: The Full File on Foxconn”