Shorewood native David Zucker will be joined by actor Robert Hays, who starred in movie. 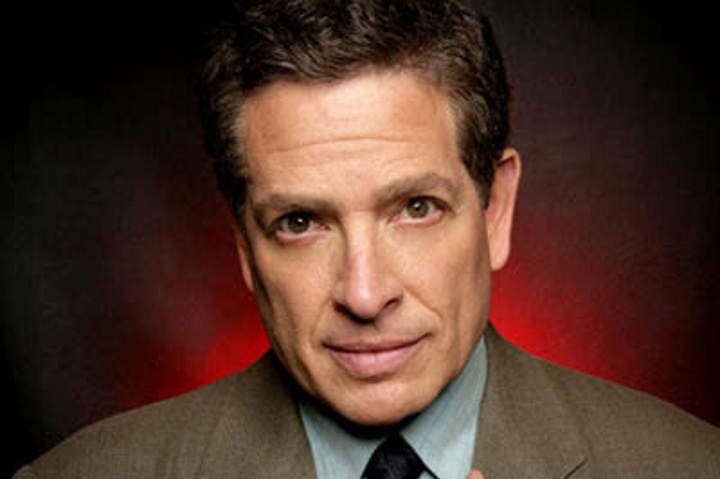 It never hurts to have a little help from your friends. Which is how an unusual fundraiser for an unusual charitable group came to be created.

David Zucker is bringing his film Airplane! to Shorewood High School this Saturday, April 21st for a screening to benefit the Blue Lotus Farm and Retreat Center. Zucker and Blue Lotus founder Fred Bliffert went to school together at Shorewood High quite a few decades ago.

“I met David when we were sophomores at Shorewood High School,” Bliffert says. “My band was Freddy and the Freeloaders, his band was the Chevelles. They were playing a while before my band formed. The Chevelles were playing at a youth center and I walked up to him and told him, soon my band would be whipping his ass. Which turned out to be true.”

“Did he really say that?” Zucker asks. “That’s not the kind guy I remember,” he joked.

Bliffert’s father, Robert, purchased a dairy farm in the town of Trenton in late 1948, with the intent to use it as a summer home. (Trenton is a few miles east of West Bend.) You may recognize the Bliffert name from lumber and hardware stores operating in the Milwaukee area since 1904.

“It had a swimming pool, a lake, tons of trees,” Bliffert says. “It was an escape for my father.”

Robert Bliffert used and enjoyed his summer home for many years, until the mid 90’s when his health began to deteriorate. In 1999, Robert Bliffert died and Fred took over.

“We knew once we got the property it was going to become a day camp,” Bliffert says.

After realizing the positive impact the farm had on these special needs individuals, Susan and Fred made the decision to share the farm with an even greater community. They applied for non-profit status and in late 2002, Blue Lotus Farm & Retreat Center was born.

Blue Lotus’ mission is to serve various special needs populations every day of the week during the sumner. “One day we’ll have an autistic group out here, the next day we’ll have ex-cons,” Bliffert explains. “On another day it will be foster children and another inner-city seniors. Every day is different.”

But all of this fine work comes with a price tag.

“Any money we raise from the Airplane! screening will go toward program development,” Bliffert says. “It costs us about $200,000 a year to run the place. What we charge the groups makes up about 14 percent of that. For the rest we get grants and have fundraisers. We’ve had some good farm parties to raise money and some golf outings. Each year we need more money.”

So, this is where Zucker comes in.

After Bliffert dissed Zucker’s band sophomore year, they actually became friends. At Shorewood High, which has a long and storied theater program, Bliffert played Bud Frump in How to Succeed in Business Without Really Trying.

“David told me I was good,” says Bliffert.

“He wasn’t that good,” Zucker counters.

After David Zucker and his brother Jerry, along with Jim Abrahams, moved out to Los Angeles with their Kentucky Fried Theater, David asked Bliffert to come out and work with them. He was in his late 20s and figured, ‘What the hell. I’ll give it a go.’ He stuffed his step van, “Big Yellow”, with his guitars, amplifiers, clothes and hit the road.

When he got there, things weren’t exactly as had been explained. “David put his arm around my shoulder and told me I’d have to audition, but not to worry, I was in.”

But it turns out, Bliffert wasn’t in after all. Bliffert admits he didn’t have what it took to be on stage. “I kept breaking up in laughter when I was supposed to be delivering the lines.”

“We decided to go with Stephen Stucker,” Zucker says. “He was the flamboyant guy in the movie Airplane! Stucker was an amazing addition to the cast with outstanding skills on the piano.”

There were no hard feelings. Bliffert actually lived in the theater’s parking lot for a while.

“He lived in Big Yellow,” Zucker recalls. “Big Yellow was a step van Bliffert converted to a cool camper.”

Back to the money issue. Bliffert is a yogi and ventures out to Los Angeles just about every year. “Last year I stayed at David’s a few days and mentioned we were having some trouble raising money. We were having coffee and he suggested screening Airplane! He told me Robert Hays would come with him as he often does, and talk about the movie.”

Hays was Ted Striker, the troubled ex-fighter pilot with a “drinking problem,” in the movie.

“I’m looking forward to coming back to Milwaukee, especially with David as my guide,” Hays says. “Having some roots in the Midwest, I always enjoy coming back to visit and to see the folks in this part of the country.  It’s a refreshing change, especially for a country boy. And to be able to help raise money for a group of folks trying to do such good stuff, like Blue Lotus is doing. I’m hoping people come out to support this and have a good time in the process.”

There will be a Q&A after the screening with Zucker and Hays. Admission to the event varies, based on how much you’d like to participate.

The screening is at 7:00 p.m. A general admission ticket for the movie and Q&A session costs $50.

Prior to the screening at 5:00 p.m., there will be a reception in the Shorewood auditorium lobby for Zucker and Hays, hosted by Colectivo Coffee. Tickets for the reception, screening, photo with the stars and Q&A session costs $100 per person and limited tickets for that are available.

For those of you that want to keep going, at 9:30 there’s an after party, which includes all of the above, plus a chance to schmooze with Zucker, Hays and the Blifferts during an intimate gathering at a “high class local gin mill,” to be named later, with Blue Lotus picking up the tab. That package will run you $250 per person and again, tickets are limited.

Jim Cryns is author of the new book, The Church of Baseball: Making Bull Durham, and is working on a new book about the making of Airplane!.