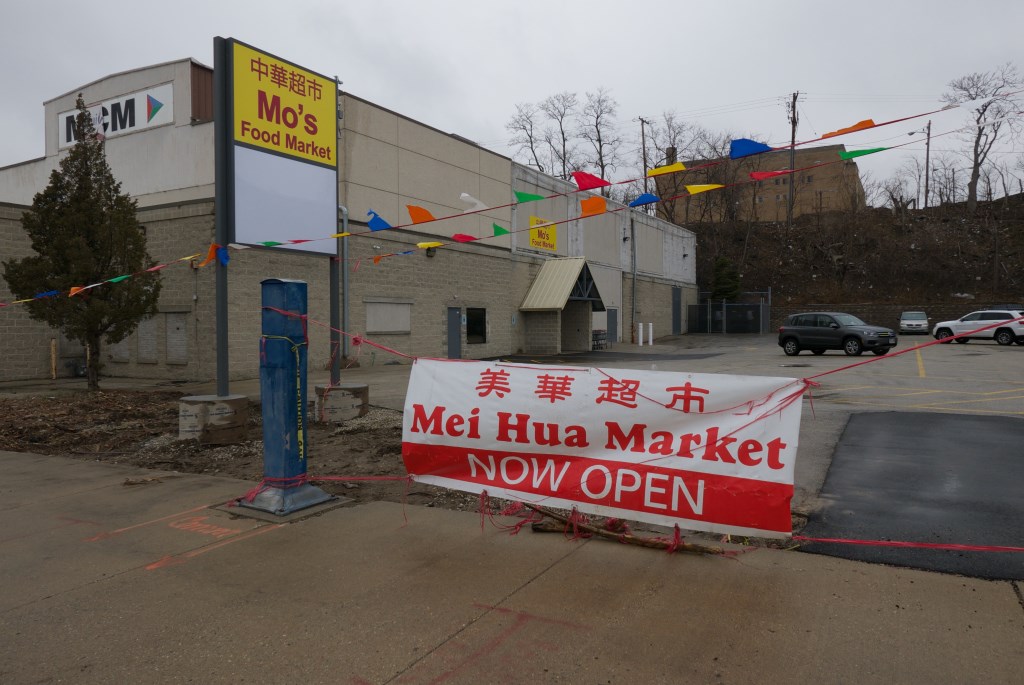 Customers were already shopping and checking out as local leaders and media persons gathered for a ribbon cutting at the new Mo’s Food Market this morning.

Owners Qing Jie and May Mo moved into this century-old commercial building at 2404 W. Clybourn St. and have now opened a new fresh food purveyor for a neighborhood that has long lacked one. In fact, Keith Stanley, executive director of the North West Side Partners, said the Asian supermarket had moved into an area that has been a food desert for roughly 40 years.

Bauman said the neighborhood, and many others like it in the central city, have been without quality produce and supermarkets because businesses, especially the large chains like Roundy’s, have time and again refused to open up a store where the purchasing power of the homes in the neighborhood is low. 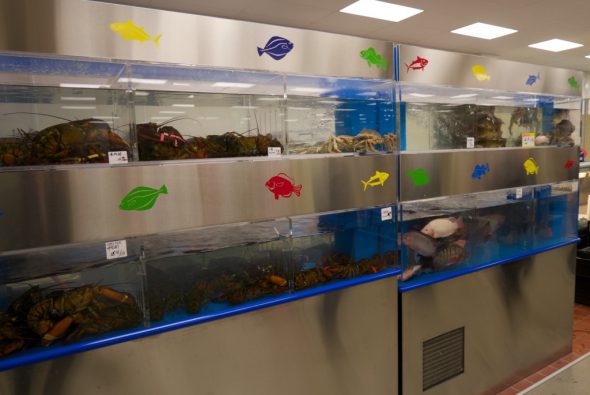 “We have tried and tried and tried,” Bauman said, of the decades the city has worked to bring a large chain grocery store to central city neighborhoods.

The city has offered everything from tax incremental financing to grants to loans to many of the big companies, he said. But this Asian market operates under a different business model than many of the chains.

The Mo’s also have a market in West Allis. And May told Urban Milwaukee that they had many customers coming from the East Side for their products who asked them to open up a store close to them. A fair amount were taking the bus, but even for those driving from the East Side to access an asian grocery, “It was too far for them,” May said.

And this is a scenario that echoes what many of the residents in this West Side neighborhood have long dealt with, especially those with limited access to transportation. When there are no supermarkets nearby, Bauman noted, taking a long bus ride and loading up with groceries can be a challenge. And this is why the corner stores become the easiest source for groceries. But these stores often lack produce and feature substandard products at inflated prices, Bauman noted.

And while Mo’s on Clybourn will largely be patronized by those coming for the Asian products, local residents can still “get the staples that they need,” as Stanley noted.

Bauman said the new Asian grocery is certainly a “positive development” for the neighborhood. But there were some initial challenges. Because the Mo’s largely speak Mandarin, “the main challenge was we couldn’t find someone to work with with the owners that knew Mandarin Chinese,” Stanley said.

Enter Barry Yang, an architect with Zimmerman Architectural Studios, Inc., which is located in the Menomonee Valley not far from Mo’s Food Market.

Yang is Taiwanese, and he said when he met with the Mo’s they were delighted to finally have someone to work with who spoke Mandarin. Because with limited English, it was too difficult for them to understand the redevelopment process that requires working through building code, permitting and, he said.

But they got it done. And after cutting a ceremonial ribbon Friday, the store held a traditional Chinese lion performance. So, as customers milled about past the large tanks of fresh fish and shellfish in the back, or down the aisles loaded with products labeled in Chinese characters, they heard the sound of cymbals and a large rolling drum, and occasionally saw two large, ornate, sequined beasts dancing and bouncing up and down the aisles. The lions were moved in concert with the drums by two men inside each lion costume. And at the end of the dance, one of them tossed a handful of fresh lettuce from the mouth of the lion. No more food desert, the gesture seemed to suggest.

3 thoughts on “New Oasis in West Side Food Desert”