Will Robert Lee Stinson Get Justice?

By Gretchen Schuldt, Wisconsin Justice Initiative - Apr 12th, 2018 03:06 pm
Get a daily rundown of the top stories on Urban Milwaukee

U.S. Supreme Court Building. Photo is in the Public Domain.

Thirty-three years after he was wrongfully convicted of murder based on faulty bite mark evidence, Robert Lee Stinson‘s lawsuit alleging that deliberate misconduct was instrumental in sending him to prison is finally close to trial.

His lawsuit was filed in November 2009, eight-and-a-half years ago.

The U.S. Supreme Court last month refused to hear an appeal of the Seventh Circuit Court of Appeals ruling denying the police and dentist defendants immunity in the suit. 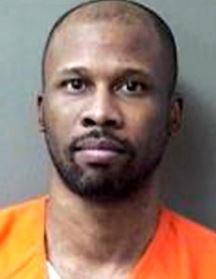 Stinson, who ultimately spent 24 years in prison, was convicted in 1985 of the 1984 murder of Ione Cychosz in Milwaukee.

As the Seventh Circuit opinion put it, “no eye witness testimony or fingerprints connected him to the murder. Two dentists testified as experts that Stinson’s dentition matched the teeth marks on the victim’s body, and a jury found Stinson guilty.”

It took four years for the case to make its way through the appeals court.

DNA exonerated Stinson and he was released from prison in 2009.

A DNA sample in 2010 implicated a convicted felon, Moses Price, in the murder.

Stinson’s lawyer, Heather L Donnell, laid out her client’s case in a 2012 hearing before US district judge Charles N. Clevert, Jr.. He has since retired.

“I believe that we have shown in discovery sufficient facts for a jury to infer that there was a conspiracy among these defendants to fabricate and manipulate the bite mark evidence to wrongly convict my client,” she said.

The defendants in the suit are James Gauger, an officer who in investigated the case; Lowell T. Johnson, and Raymond Rawson, dentists who examined and opined on the bite mark evidence.

Gauger’s partner in the investigation, Tom Jackelen, was a defendant, but has died.

Donnell said the two detectives rushed to judgment in deciding Stinson was their man.

“In fact Detective Jackelen said… ‘we’ve got him’ … two days after the murder during a canvas of the neighborhood where the crime occurred,” she told Clevert.

The dentists eventually testified that Stinson’s bite matched bite marks on the body, even though it did not, according to the suit.

Stinson’s trial lawyer tried to keep bite mark evidence out of the trial, but his request was denied,

“The allegation here is that the bite mark evidence, these physical pieces of evidence, the overlays, the analysis, the report, was fabricated,” Donnell said.

She acknowledged that a jury may see the inconsistencies and contradictions as a result of negligence or another unexplained cause.

One thought on “Court Watch: Will Robert Lee Stinson Get Justice?”