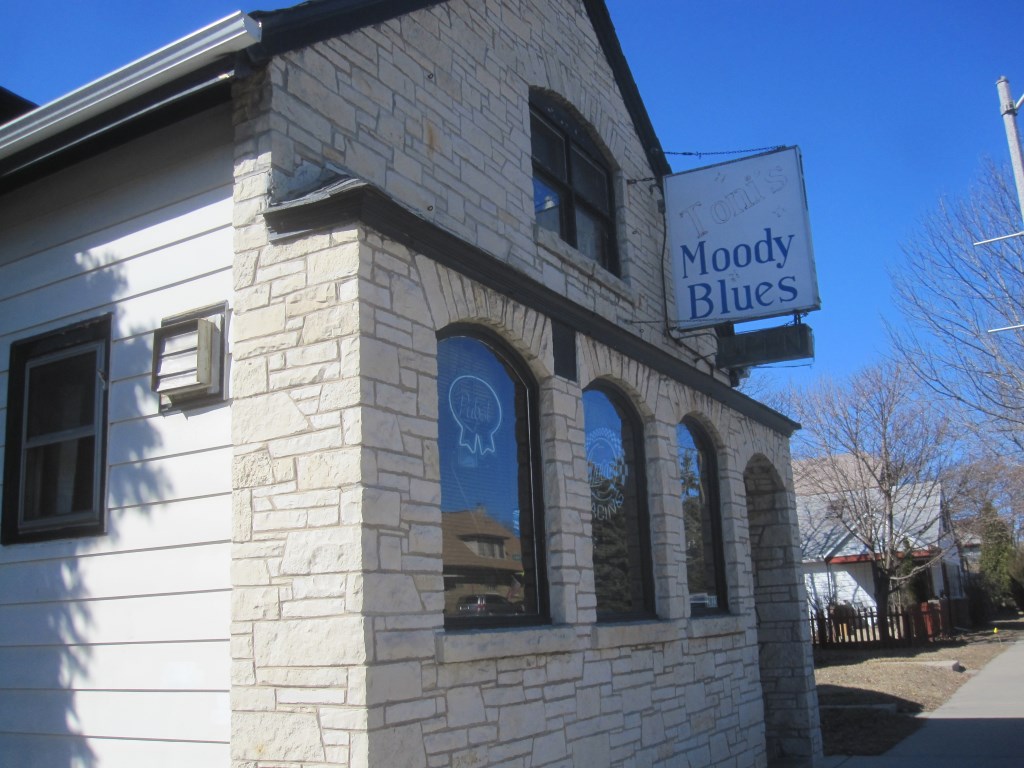 By that time, this tavern at 2813 S. Howell Ave. was already in business, having opened in 1886. Today, Toni’s Moody Blues stands out to a passerby, easily identifiable by its fine Lannon Stone exterior, its projecting neon sign, and the fact that it is the only commercial business on this stolidly residential block, located right across the street from Humboldt Park.

The tavern also represents a throwback to an earlier, industrial Bay View, one that is less like “The Other East Side” and more like the old South Side. It is a product of an era when the land across the street was not a park, but the Burnham Brothers brickyard, where millions of the cream-hued masonry units for which the city gained its nickname were produced.

In 1894 there were four saloons on this block eager to gain the business of the brickmakers. Today, only this one remains. Toni’s Moody Blues is a survivor of an earlier, pre-hip Bay View, where folks worked in factories, plants, or public works buildings — not in places with reclining chairs, coffee bars and ping-pong tables. The only dogs you’d see lounging in the workplace back then would be the Dalmatians at the fire house. Be prepared to enter another world, where a bit of Old Milwaukee tavern culture still remains a vital presence. So, leave your tattoos and piercings at home, and drop in for a couple of quick ones with the neighbors.

Before you go in the door, you’ve got to take a look at the facade of the saloon, which deserves an award for its effrontery. It is a genuine Lannon Stone facade pasted on to the front of a very modest, 2,417-square-foot, two-story frame building. Only this detail, and the fact that the structure is built right up to the sidewalk, distinguishes this building from its neighboring houses. If it wasn’t for the bar downstairs, this would be just another house, and, in fact, the non-tavern portion of the building (including the kitchen, just beyond the bar area on the first floor) serves as the residence of the owner and operator, Toni Manikowski, who has had this place since 1999. You enter from a door set into the north end of the facade, flanked by three generously sized arched windows, which afford a nice view of the park across the street once you get inside. As soon as you step in, you are greeted by a pool table in fine shape. The walls are paneled, and the bar is a Formica beauty, with a curtained window overlooking the home to the south, just a couple of feet away. The 1,000-square-foot space has the intimacy of a residence, and looks a bit like a kitchen of a relative who likes to keep a lot of booze bottles on the counter. Make yourself at home. 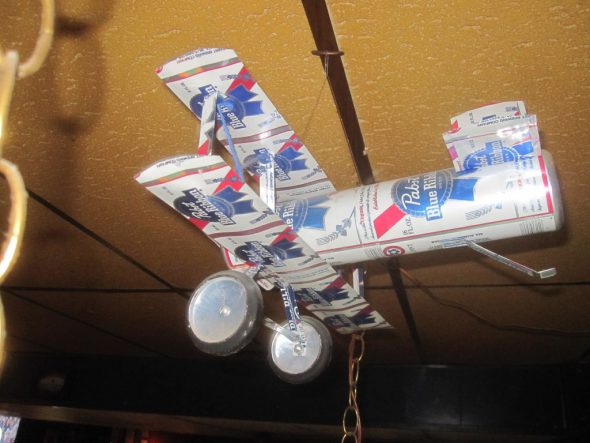 The bar is 34 feet long, and 7-1/2 feet from wall to barstool. It is located in the middle of the south wall, with an inverted “U” shape, allowing for a couple of seats at either end. The art on the walls is courtesy of MillerCoors and Anheuser Busch, the purveyors of the limited tap beer selection here. No import or craft beers are on tap here, a sign that we are not in the hipper section of Bay View. There is a drop ceiling overhead, and a general sense of neighborliness, since everybody in the place has lived in the area forever, and some have been customers for just about as long. The retired firefighters have been coming here for a good 15 years, keeping up to date and enjoying their quiet socialization. They can tell you who made the model biplane that flies above the pool table. It is constructed entirely of Pabst Blue Ribbon Beer cans. Go ahead and order a Pabst, and go with the theme. There is a mirror behind the bar, but it doesn’t particularly interfere with the view, since it is largely hidden behind the Great Wall of Snacks, a large variety of bagged goodies that represent 5 percent of the tavern’s sales. Before you order, take a look on the bar, because somebody brought in deviled eggs; there are a couple of slices of lunch meat and other treats, as well as a basket of candy the Easter Bunny left behind. If you look closely at the sign above the cash register, you will find that Lakefront IPA and Riverwest Stein Beer are available in bottles. This is the only concession to hip in the whole place, and is greatly welcomed.

There is a good chance that Toni herself is behind the bar, and she will be happy to give you tales about the place and the neighborhood. One of the customers lives just a block away, and she says the basement of the home she bought came equipped with a Prohibition-era wine-making operation, authentic as can be, right down to the empty barrels. Maybe some of that wine made it all the way around the corner to this place, to be consumed in the Soft Drink Parlor’s “Wine Room,” an area that was once separated from the bar by a wall, now removed.

Any saloon with nearly a century-and-a-quarter’s worth of history must have seen a number of changes over the years, including such details as electricity, plumbing, and a refrigeration system, and this place is no exception. We first check in nearly a century ago, in 1925, when Gottleib Heider operated a Soft Drink Parlor here. By 1931, the place was operated by his widow, Pauline, who spent $300 to “construct new enclosed porch at rear of building.”

In June, 1934, with alcohol once again legal, Pauline went down to City Hall to take out a permit to occupy the premises as a tavern. On the application form, she admitted that the place had always served as a tavern. In August she took out a permit to “set partitions and arrange for ladies toilet room, also provide 7′ doorless opening between barroom and wine room.” That cost her $150. In September, she spent $300 on a “Walk-in cooler, Draft Arm Box, and Bottle Storage Box.” They’re all still down in the basement.

The biggest change to the place from an aesthetic standpoint came in the June, 1941, when Pauline hired some masonry contractors to alter the front of the tavern with the Lannon Stone facade that so distinguishes it today. This was a rather significant undertaking, since it involved removing the stone foundation at that point, and replacing it with a concrete block foundation that could bear the weight of the new wall. The current bathrooms date to this time. Also, apparently at the same time, a small void in the stone foundation on the south wall, beneath the bar, was likewise patched with block. It is unknown why somebody punched a door-sized subterranean opening in the first place, or where it led. However, this may represent an actual specimen of a legendary tavern adjunct — a tunnel used to sneak booze into the place. It would have led to the home next door, so an inspection of that basement might be in order.

A Number of Owners

By 1945, with thirsty soldiers returning home from war, Godfrey Puder ran the tavern while his wife Delores toiled as a stenographer at Vilter Corporation. In 1950, it was run by Dean E. Bulin and his wife Ann. 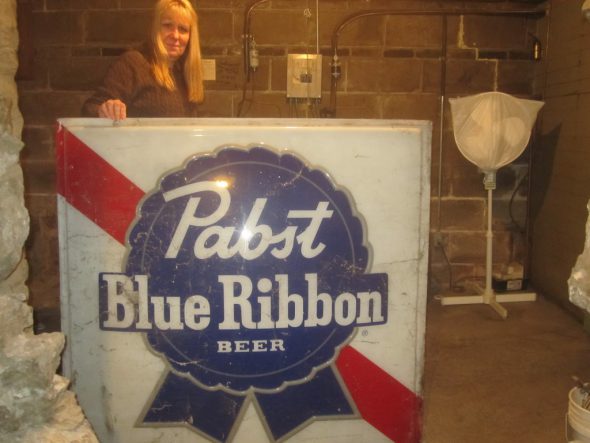 In 1998 it was advertised for $115,000, with this pitch: “Start your own business in this Milwaukee tavern located near Humboldt Park! Close to public transportation & has a great atmosphere. There is a 3 BR living unit with kitchen, LR and bath. Seller will consider a land contract.” Since 1999 it has been Toni’s Moody Blues, presenting a slice of authentic Milwaukee that might be beyond your wildest dreams with drinks sold at prices that likewise bring to mind days long past. 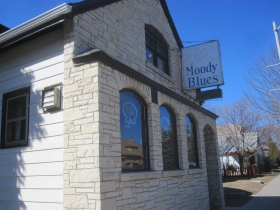 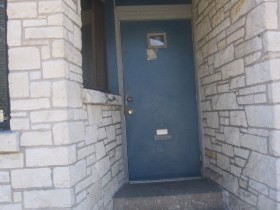 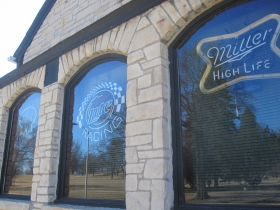 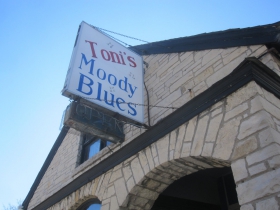 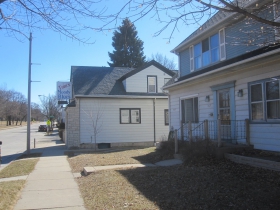 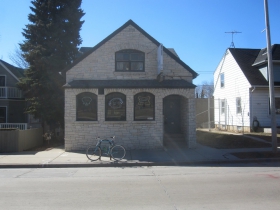