Jo’s Cafe is the Real Deal

Northwest side café, really a diner, does comfort food right. 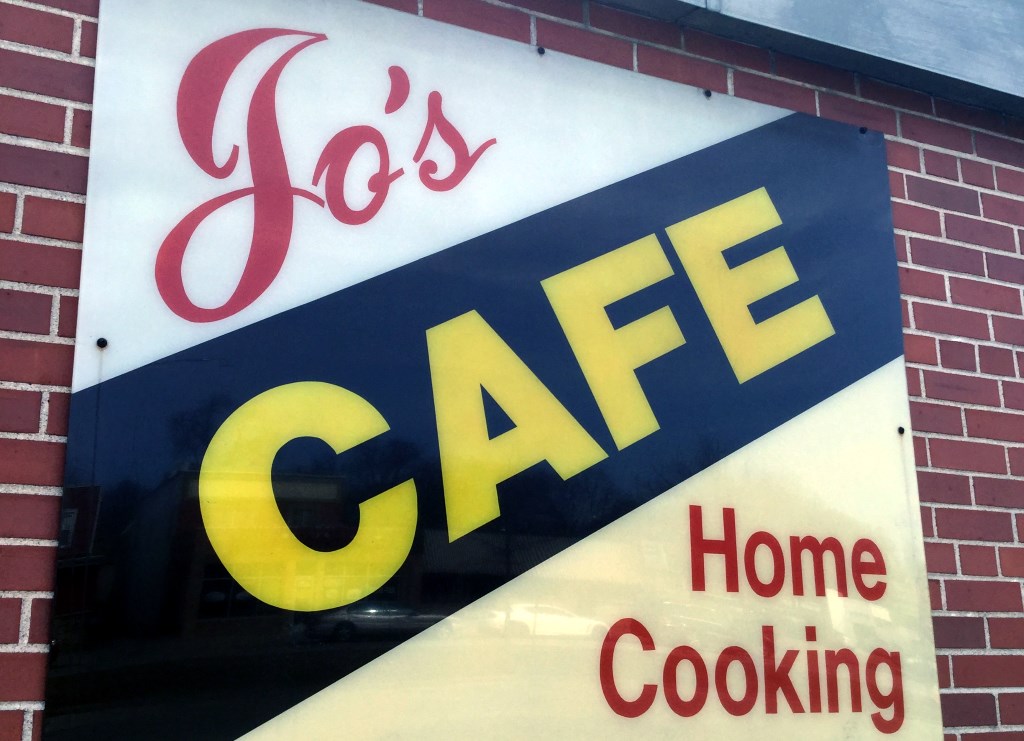 When customers wait outside the door at 6:30 a.m., something must be right inside this small café on Milwaukee’s northwest side. It may be called Jo’s Cafe, but I think of it as a diner, a classic short order restaurant with a flat top grill. It’s also a place where servers call almost everyone by name, maybe because more than half of their customers are regulars. While the café is small, four tables for four and a dozen seats at the counter, it doesn’t feel cramped, just cozy, friendly and inviting. They serve a mixed crowd of suits and blue collars, a mix that mirrors Milwaukee’s ethnic and economic diversity.

On both visits, I sat at the counter and chatted with our server who intermittently took a turn at the grill. She told us after the original owner, Jo Platzer, passed four years ago, her son John and his wife Chris took over. In the 90s when I discovered the café, Jo had told me her son John was in charge of the potatoes. Back then, he peeled and cooked 500 pounds of potatoes every week. He’s still peeling and cooking, only now, he’s in charge.

They don’t cook fancy at Jo’s but it’s all 100% homemade, never reheated, made with the finest ingredients, always delicious no-frills comfort food. It’s the food your mom, grandmother, great grandma made in their kitchens before Cuisinarts, Kitchen Aids, and Crockpots. 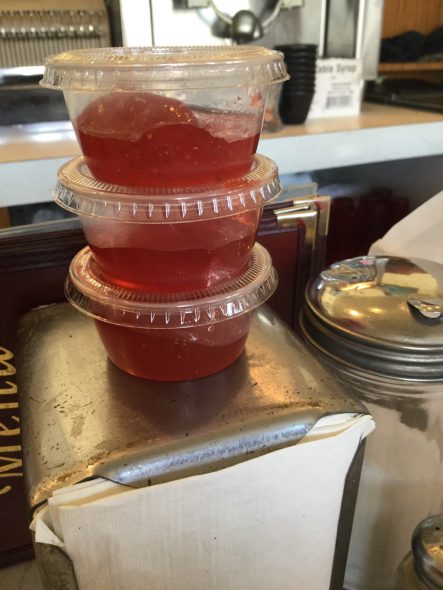 The attention to detail at Jo’s is impressive. For example, instead of those ubiquitous grape jelly and mixed fruit packets, John serves his homemade fruit preserves just like his mom did when she harvested fruit from her garden.

At noon, there will be customers waiting, but the wait won’t exceed 15 minutes and unless you are in a rush, stick around. During this busy time, a companion and I sat at the counter and watched several servers coordinate their movements, never colliding or spilling as they moved around and between each other in the narrow corridor between the grill and the counter. It looked like a dance only there was food involved, lots of food. At the center of the storm, facing the grill, John turned out a stream of omelets, sausage, pancakes, sandwiches, hash browns, American fried with or without onions, and so much more.  When he ran out of eggs, a server appeared with two dozen. Not a word had passed between them. All the while, servers worked in tandem with John to scramble eggs, flip omelets, and grill French toast. This was an applause-worthy performance.

From the grill we ordered a Fish Sandwich with coleslaw and a BBQ Chicken Breast. The fish sandwich, an extra-large piece of breaded cod came with the works, lettuce, tomato, tartar, and cheese, an additional $.70. Can I say this might have been my best fish sandwich since forever? Maybe it was the tartar, or perhaps the homemade grilled bun. The side of coleslaw was both creamy and tart. The BBQ chicken was moist and the accompanying onion rings achieved the nearly impossible, they were bitable before the onion slid out of the deep-fried batter. The person on the stool next to me had a ham and cheese omelet bigger than his plate topped with crisp hash browns that dwarfed the omelet.

You won’t find the daily soup on the printed menu, nor will you find what makes Jo’s Cafe unique in the world of diners, multiple Daily Specials some served on predictable days of the week, some not. I can vouch for the Cream of Broccoli Soup and the Chicken Dumpling soup. The former, creamy, not rich, tasted of broccoli fresh from the garden. The dumplings in the chicken soup, impossibly light, and the intense flavor of the broth is only possible when the whole bird, neck, feet, and beak go in the pot.

Before you order, you will want to check the Specials on the board. On a Tuesday we passed on the spaghetti but when we saw the plate of pasta with a gorgeous meat sauce, we wanted that too.

On a second visit, my companion ordered the Monday-Friday special, Hot Beef Sandwich with Mashed Potatoes and Gravy. The tender meat, sliced thin, was piled high in between two slices of white bread, then drenched with dark rich gravy. The heap of mashed potatoes, likewise hidden underneath the gravy, said authentic, hand-mashed diner food.

Here’s what I learned about those Daily specials. Every other Monday they serve Swedish Meatballs with Mushroom Gravy and on alternate Mondays, Meatloaf. The Hot Beef Sandwich will be on the board Monday-Friday and you can also count on a weekly Friday Fish Fry. Mondays and Wednesdays look for chicken soup, the rest of the week it’s hit or miss with specials including Swiss Steak, Chicken A La King, Goulash, Tenderloin Tips, Breaded Pork Chops and more. Desserts are seldom seen, but we did score the last three pieces of Pineapple Upside Down Cake on a Wednesday. This cake did not originate in a box. My piece was moist, full of pineapple flavor, studded with walnuts, and topped with sliced pineapple and a single maraschino cherry.

John starts his day at the café at 3:00 a.m. when he bakes the rolls they use for sandwiches and the daily cinnamon roll which sells for $1.00.

The next time you want to step back in time for some old-fashioned diner food at a friendly café where there are no pretentions, low prices, huge portions, and delicious food, come visit Jo’s. It’s the real deal. 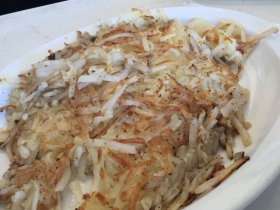 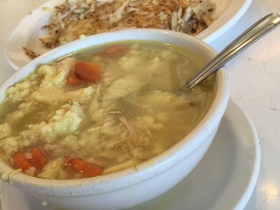 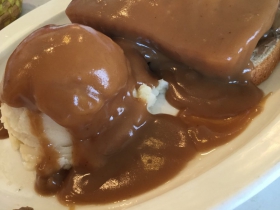 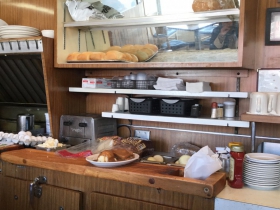 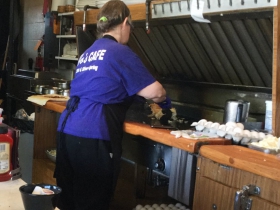 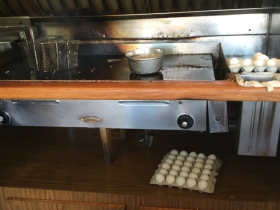 Eyes on Milwaukee: Couture to Start Construction in January by Jeramey Jannene

The State of Politics: State Officials Can’t Agree on Pandemic by Steven Walters