By Rachel Kubik, Milwaukee Neighborhood News Service - Apr 3rd, 2018 10:00 am
Get a daily rundown of the top stories on Urban Milwaukee 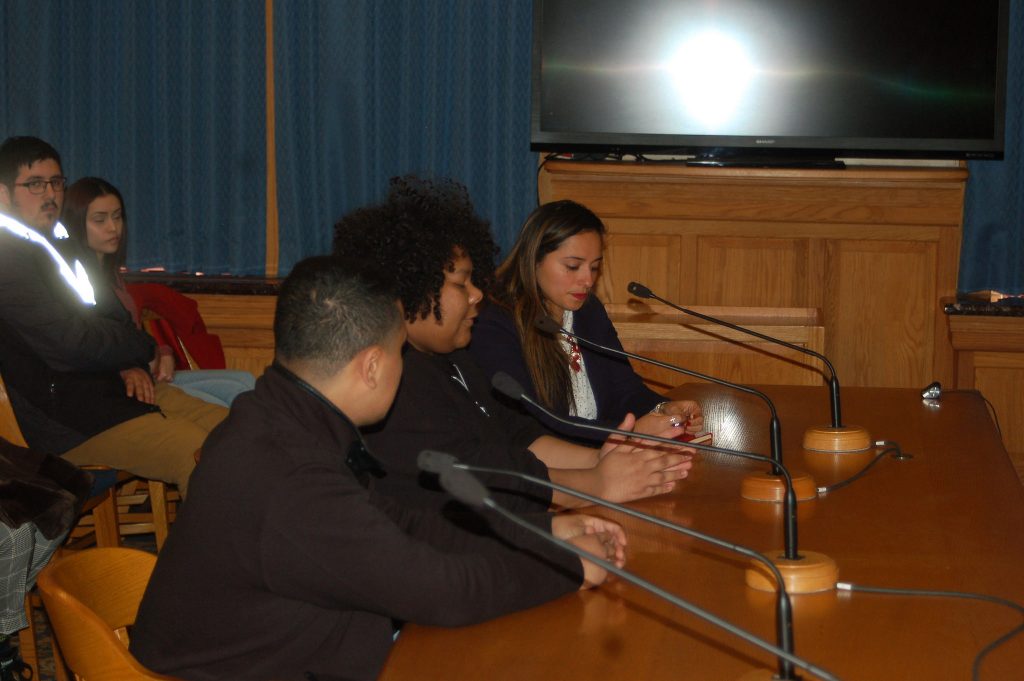 (From left to right) Escuela Verde students Jean Carlo Aleman and Jasmine Glass, and advisor Zaynab Baalbaki speak to members of the Restorative Justice Initiative Advisory Board about their experiences with the school’s restorative justice program. Photo by Rachel Kubik.

A new advisory board created by the Milwaukee Youth Council recently held its first meeting to discuss options for a youth court.

The youth court, made up of youths and some adults, would hold teens accountable for municipal violations, but would likely reduce warrants and unpaid citations, which can lead to driver’s license suspensions. Details are still being worked out.

Capt. Raymond Banks, acting assistant chief of police, said a youth who gets into trouble could be referred to the restorative justice program before an officer even writes a citation. If the youth doesn’t participate, then the citation could be issued. He added that there might be cases where youths who receive citations could participate in the program.

“The ideal vision is to not even get to that courtroom,” said Kalan Haywood II, chair of the advisory board. He said the goal would be to keep youths out of the legal system and give them a second chance. 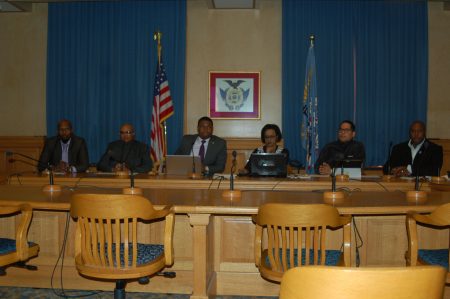 The Restorative Justice Initiative Advisory Board held its first meeting to discuss a youth court in Milwaukee. Photo by Rachel Kubik.

In addition to creating a youth court, the advisory board was formed to support restorative justice throughout the city, Haywood said.

Restorative justice focuses on rehabilitating offenders through reconciliation with victims and the community.

“A lot of people don’t [get] that second chance to fix that mistake, so having them be a part of this process will show they are committed to being better, and also give them the tools needed in order to be better,” Haywood said.

Since the youth court would likely take place in schools, the board is considering how to give pre-teens and teens who are not in schools opportunities for restorative justice. The program is expected to start in the next academic year.

“We’re discussing moving (the court) around so it’s more accessible to young people and they can get to it easier,” Haywood said. “We don’t want to have it at City Hall every second or fourth Wednesday, and people can’t get to it. If we have it at the schools, maybe they can get to it a lot faster and easier.”

At its first meeting, the six-member Restorative Justice Initiative Advisory Board heard from students at Escuela Verde, 3628 W. Pierce St., which has a restorative justice program. Some aspects of the youth court could be based on the school’s program.

When a student runs into a problem, advisors or teachers discuss the issue with the student. After multiple meetings, the student is brought to one of three kinds of “circles”: circles of support, circles of understanding and “repair-the-harm” circles. Student circle keepers are trained as facilitators to offer peer support.

Typically, a circle consists of two advisors, a peer and a community member or parent(s).

Offending students are given a chance to participate in a circle to discuss what they have done wrong, why they did it, and how the behavior can be prevented from happening again.

According to Jasmine Glass, a senior at Escuela Verde, a circle of support is typically about a student’s personal issues. A circle of understanding occurs if a student needs academic support. A repair-the-harm circle takes place if a student’s actions have harmed the community, such as getting into a fight, smoking in improper places or causing a disturbance.

“Harm is being done, so we have a repair-the-harm circle,” said Zaynab Baalbaki, an adult advisor at Escuela Verde. “It’s not just one person being affected; it is a ripple effect.”