But local foundations say they can’t do it all, need government funding, too.

By Andrea Waxman, Milwaukee Neighborhood News Service - Mar 28th, 2018 10:17 am
Get a daily rundown of the top stories on Urban Milwaukee 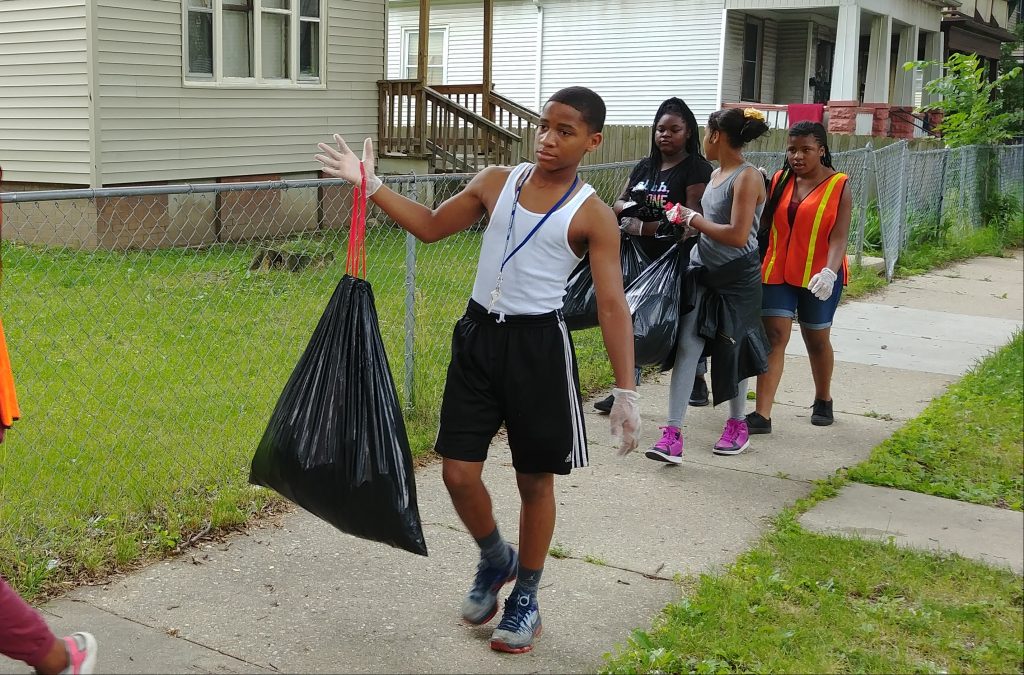 Local philanthropists agree that addressing crime and improving the quality of life for Milwaukee residents requires working at the grassroots level and increasing funding from public sources.

“People have turned to philanthropy, to individual donors, to crowd funding, to all kinds of mechanisms” to raise funds required to support the public good, said Susan Lloyd, executive director of the Zilber Family Foundation, responding to a presentation by urban crime expert Patrick Sharkey.

“I think that there is a need for a fundamental rethinking of funding models in philanthropy and, frankly across all sectors, about how to fund public good,” Lloyd added. She used the term “public good” to refer to such responsibilities as preserving safety, educating children and maintaining open spaces in good repair.

At a recent Marquette Law School presentation, Sharkey, a New York University professor, spoke about his research into preventing crime, published in his book, “Uneasy Peace.” 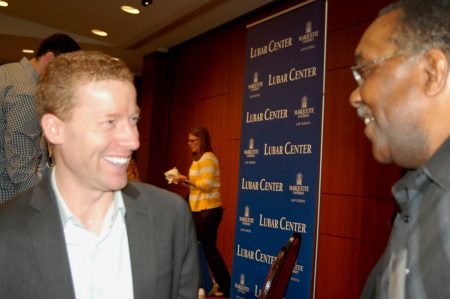 The research provides strong evidence that two conditions are needed to reduce crime: city government, police, community organizations and residents must work together; and government, local foundations and individual philanthropists must provide “sustained and durable” funding to ensure that there are organizations “in every single neighborhood … making sure it doesn’t succumb to a spike in violence.”

Foundation representatives say their organizations cannot shoulder these costs without significant help from public sources including the city, state and federal governments and other private funders.

“Change in the communities, based on our experience, is slow,” said Eric Christophersen, president of Northwestern Mutual Foundation. “In some of our neighborhoods there are so many challenges it takes a while to build the relationships, to build the credibility in order to get a foothold to make true, effective, real change.” Time and funding are needed and “sustained funding must come from a number of sources, including the city and state,” Christophersen said.

Even though money may be available, funding challenges are often caused by politics and bureaucracy, he added.

Kathryn Dunn, community investment vice president at the Greater Milwaukee Foundation, noted that a recent study revealed that city funds do not flow to black-led nonprofits at the same level that they do to white-led organizations. She posed the question, “How do the public funding streams flow to support this kind of work?” And, she added, “transformation that is happening block by block might happen a little faster if public funding streams supported this (grassroots level) approach.”

Sharkey’s research shows that there has been a significant decline in violent urban crime across the nation since the 1990s, though that has not been the case in Milwaukee recently. He asserts this decline has been powered not only by aggressive policing and mass incarceration, which “came with a whole bunch of other costs,” but also by a proliferation of nonprofit and grassroots organizations.

By addressing issues that contribute to violence, such as addiction, mental health, homelessness and domestic violence, and by offering after-school and other social programs, Sharkey says, these organizations have played a crucial role in strengthening and stabilizing poor communities and lowering crime.

Lloyd, Christophersen and Dunn said their foundations have been collaborating to work directly with residents and grassroots groups for at least five years.

Some examples of the way the three foundations are listening to and funding residents has been their support for the Neighborhood Leadership Institute and small grants programs, according to Dunn.

The institute trained three cohorts of about 24 nonprofit staff members and neighborhood residents in community organization and leadership skills during an intensive 10-month program that built leadership capacity in central city neighborhoods.

“We’re really trying to get at listening to (and funding the work of) folks who live in the neighborhoods, who are identifying their own priorities,” Dunn added.

Sharkey’s presentation and the community organization and investment panels that followed affirmed that the Greater Milwaukee Foundation is going in the right direction, Dunn said.

“Working with smaller grassroots organizations that are embedded in the neighborhoods can be a challenge for a big philanthropy like us,” Dunn said.

The 100-year-old foundation has had to adapt to working directly with residents when it is accustomed to working through large nonprofits. GMF has expanded its fund distribution practices so that it can support grassroots organizations that do not have 501c3 status by working with fiscal agents, Dunn said. “If they have trouble identifying fiscal agents we can help them do that,” she added.

The foundation is also working to streamline the way it transfers funds to recipients who may not have checking accounts or who may use vendors who do not accept credit cards, she added.

While Lloyd agrees that working closely with residents is critical, and Zilber is doing so, she said the time commitment involved in attending neighborhood meetings and events is a challenge because her staff is so small.

Working with residents and organizations that are “lower to the ground” provides a better understanding of a neighborhood’s issues and needs, agreed Bader Philanthropies’ Frank Cumberbatch, engagement vice president.

Like the other foundations, Bader has historically worked in communities through nonprofits. But now that it is poised to move its headquarters into the Harambee neighborhood, it will be taking “a deep dive” to understand how to engage with the community through “direct, on-the-ground relationships,” he said.

Cumberbatch emphasized that public safety and crime are not Bader’s specific areas of focus, but noted that its efforts in workforce and youth development, and Milwaukee arts, impact public safety.

Sharkey said he was inspired by Milwaukee’s Blueprint for Peace, developed last year by the city’s Office of Violence Prevention. “It (contains) some of the most exciting ideas that I’ve seen” for reducing violence, he said. He pointed to the plan’s ideas for engaging young people during and after school and in the summer as crucial.

“Young people should have mentors looking out for them when they leave the home. They should never feel like they are on their own as they walk through the streets. Police should focus on making sure kids feel safe. School teachers and administrators should be trying to engage kids even after school hours and mentors should be looking out for them and making sure kids feel like they have adults who have their backs.”

The most important aspect of the blueprint, he said, is that it seeks to engage many different segments of the community, from schools to political representatives to businesses and foundations. “Focusing everyone’s attention on the urgency of violence is the necessary first step to making sure people are working together and collectively to confront it.”

He added, “The biggest challenge is that it’s “going to take a huge amount of resources to bring that blueprint into reality.”