By Elliot Hughes, Milwaukee Neighborhood News Service - Mar 23rd, 2018 10:26 am
Get a daily rundown of the top stories on Urban Milwaukee 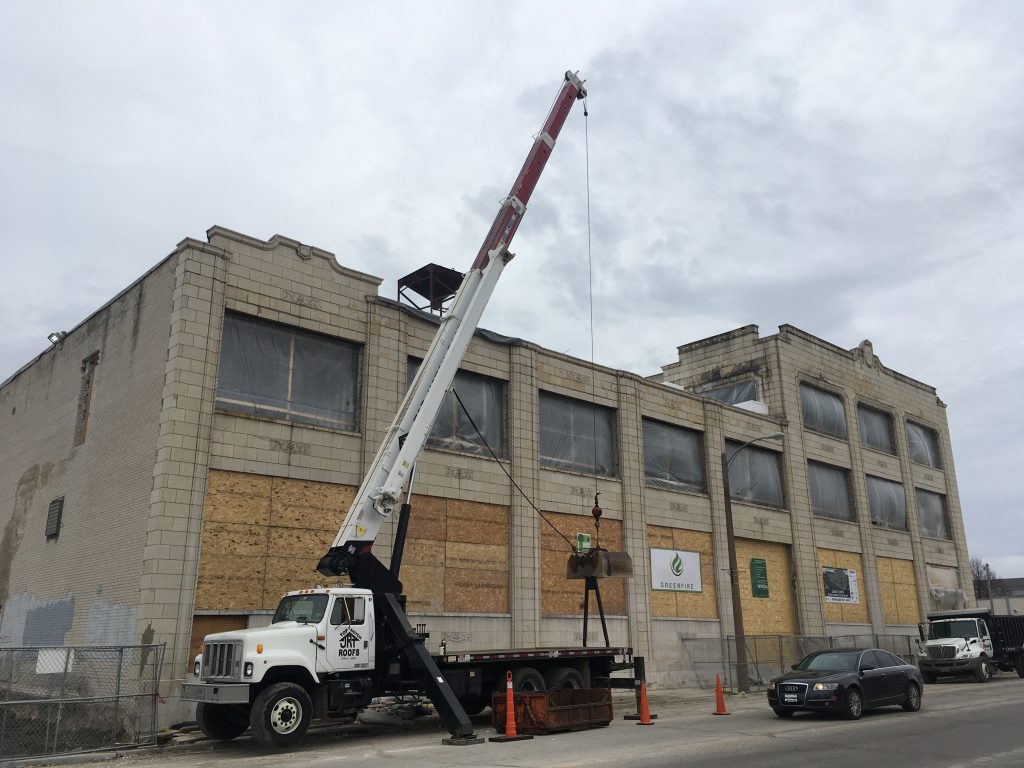 The former Blommer Ice Cream Factory, at 1500 W. North Ave., is being converted into a 64-unit housing complex, with the help of tax incremental financing. Photo by Elliot Hughes.

A delegation of Milwaukee state legislators is hoping that a new program tucked away in the federal tax cut bill signed into law late last year could reel in investment to the city’s most distressed neighborhoods.

Under the new program, governors can nominate economically struggling census tracts within their states to become “Opportunity Zones,” where investments will be subject to various tax incentives.

The Milwaukee Democratic Legislative Caucus recently wrote a letter to Gov. Scott Walker calling on him to nominate as many eligible Milwaukee census tracts as possible in Wisconsin’s application to the U.S. Treasury Secretary, which certifies nominated areas as Opportunity Zones.

Governors were allowed to nominate 25 percent of the census tracts within their state that qualify for the program. Out of 120 nominations submitted Wednesday, Milwaukee scored 34, more than three times as many as the second-place municipality, Madison, with 10.

It is unclear how long it will take the Treasury Secretary to make the final designations.

Rep. Jason Fields, who represents the Havenwoods area, said he hoped the program could help projects in affordable housing, education and other community-building developments. 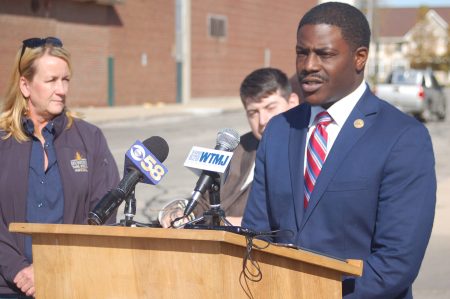 Rep. David Crowley, pictured in October 2017, said Milwaukee’s neighborhoods present a good opportunity for the Opportunity Zones program due to their proximity to the booming downtown. Photo by Edgar Mendez.

“We have the new Bucks arena, we have the new Northwestern (Mutual Tower),” Fields said. “But are we increasing the demand for projects like affordable housing? Are we developing places where entire neighborhoods will redevelop and grow better?”

Before the nominations were released, Rep. David Crowley, who represents the Grasslyn Manor–Columbus Park area of the North Side, said that the delegation would be happy to see any part of the state receive the Opportunity Zone certification. But he argued that the program’s incentives would pair well with Milwaukee’s downtown development boom and that the entire state would reap the benefits.

“We are the economic engine of the state,” Crowley said. “The reality is, if we can do much more for this city and build this city up even more, then we have an opportunity to give more back to the state. Revitalizing this area does much more than just [benefitting] Milwaukee. It does a lot for the state of Wisconsin.”

“We believe that while our city represents a significant number of the highly distressed census tracts, it also presents the largest investment opportunities that coincide with the provisions of the Opportunity Zone designation,” the letter reads.

Walker’s office convened an interagency working group and consulted with a “nationally respected consulting firm” as well as local leaders to determine the state’s nominations, spokesperson Amy Hasenberg said in a statement.

“Governor Walker is optimistic about the potential benefit that Opportunity Zones will have bringing jobs and growth to communities across Wisconsin,” Hasenberg said.