Half truths by Secretary Dave Ross may hurt him with legislators. 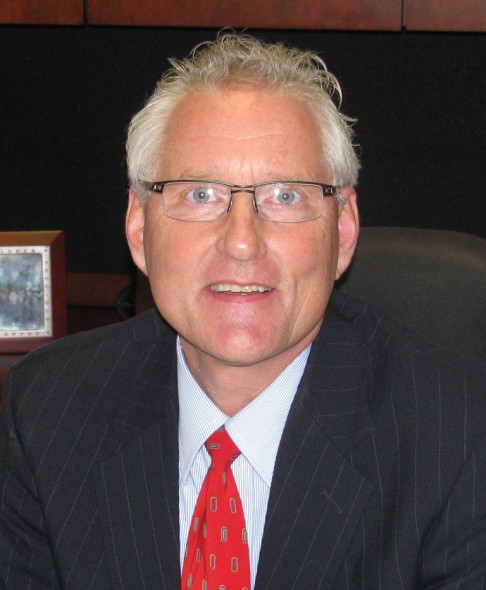 Credibility matters. Once lost, everything you say — even if accurate — becomes suspect.

Case in point: Dave Ross, named by Scott Walker last year to succeed Mark Gottlieb as Secretary of the Department of Transportation.

Shortly after his appointment, Secretary Ross puffed up his chest and told a legislative committee he would “restore trust” in the department. But with a recent series of bogus claims, Ross is beginning to be regarded as a purveyor of half-truths, defined by Merriam-Webster as “a statement that mingles truth and falsehood with deliberate intent to deceive.”

Unlike a simple misstatement — where the speaker might not even know of his/her error — a half-truth thus involves willful deception. Here are three recent examples from Ross and his department.

Speaking earlier this month to the Wisconsin Policy Forum, Ross said Wisconsin’s supposedly high gasoline tax (12th highest, he claimed) is evidence that current transportation revenue is sufficient. He omitted the fact, verified by none other than his own department, that Wisconsin motorists rank in the bottom third of all states when an honest comparison of all taxes and fees paid by motorists is accounted for. Other data — also from Ross’s department — show that a typical motorist in four neighboring states pays an average of 61 per cent more in gas taxes and registration fees than a Wisconsin driver.

In the same appearance at the Wisconsin Policy Forum, Ross teased a bogus half-truth that he and his team have peddled for several months. Alluding to delays in various major projects, Ross implied that WisDOT merely was following federal guidance that the state had more projects on the drawing board than necessary. In fact, the feds said no such thing. Their December 2016 letter to Secretary Gottlieb effectively chided the state for not having the revenue needed to fund projects it had started. Ross knows this, yet he twists the words of federal highway officials.

Ross’s credibility took a sharp hit last month with his department’s response to a legislative request about the impact of transferring funds from out-state projects to road improvements adjacent to Foxconn. WisDOT’s oblique and clumsy response attempted to suggest that savings from lower-than-estimated bids would somehow mitigate the impact of any fund transfers. None other than the nonpartisan Legislative Fiscal Bureau stepped in to clarify that, indeed, funding for out-state projects could take a hit of $90 million due to the Foxconn reallocation. It was the kind of LFB slap down that leaves a mark.

Whatever short-term gain Ross and his department think might come from their misleading spin has a very limited half-life. The simple facts about the gap between current revenue and transportation needs increasingly are understood by legislators, employers, and the general public. The gap once again will be on full display when the next Legislature convenes in January.  It dwarfs the relatively modest level of one-time savings recently realized mainly through a competitive highway construction bidding market.

There is an alternative view, a narrative advanced by Ross allies and a smattering of legislators. One conservative think tank recently went so far as to say Ross has changed “the culture” at WisDOT from one of “waste, fraud, and abuse” to one that advances efficiency and cost-consciousness.  This comes from the same organization, the MacIver Institute, that peddled a silly “study” supposedly showing $2 billion in “waste” under Secretary Gottlieb. I have previously detailed the study’s many flaws, ones that Gottlieb also refuted point-by-point.

An element of magical thinking drives the narrative that WisDOT has entered an era of new-found frugality and prudent management. It is reinforced by half-truths. It diminishes the credibility so essential in working with legislators and the public to address Wisconsin’s transportation revenue challenge.