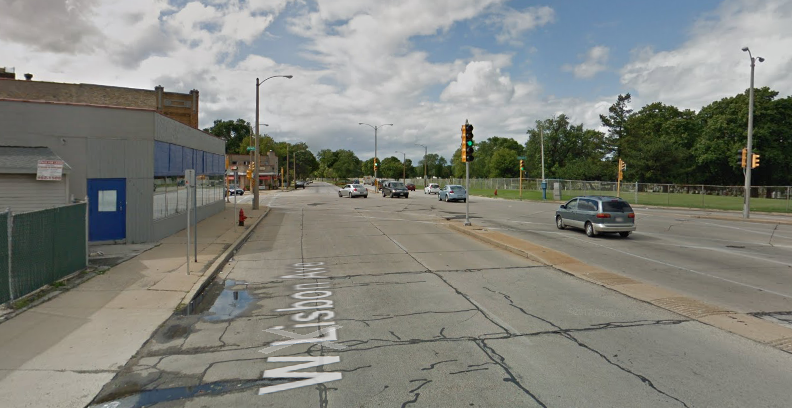 Newly released statistics concerning pedestrian deaths in Milwaukee during 2017 show a slow but steady increase in pedestrian deaths, with a majority of them occurring in low-income communities, according to local advocacy group MilWALKee Walks. The statistics show more than half of these deaths are occuring on the north side of the city, followed by Milwaukee’s south side neighborhoods, all of which are home to mostly African-American and Latino residents.

Earlier this month, a community meeting on safer streets took place at the Sixteenth Street Health Center. Hector Alvarez Santiago, a pedestrian safety advocate from Puerto Rico was in attendance. He moved to Milwaukee’s South Side just three months ago, but he says he has already noticed where the city is failing in pedestrian safety.

“There is not many crosswalk signals, the painted lines are faded, and drivers do not respect pedestrians” said Santiago. “This isn’t just my street, it’s yours and yours and all of ours,” said Santiago, pointing to other community members in the room.

A new Complete Streets policy takes a look at redesigning some of Milwaukee’s oldest streets in order to make roads safer for all travelers, bicyclists and walking pedestrians included. The most damaged streets would potentially receive priority in being reconstructed and measurements would be taken to make streets more pedestrian and biker-friendly.

The policy could turn four-lane roads into two-lane roads, add traffic circles, and add curb extensions to slow drivers down, according to University of Wisconsin-Milwaukee’s Assistant Professor of Urban Planning Robert Schneider.

“[This..] could help reduce the speed traffic and make drivers aware of pedestrians in the street” said Professor Schneider.

Jessica Wineberg, who is Deputy Director of the Wisconsin Bike Fed and founder of MilWALKee Walks, says one of the biggest issues is getting drivers to yield to pedestrians. “Often, pedestrians are hit in crosswalks following traffic lights,” said Wineberg. “It’s very rare the pedestrian made the critical error.”

Streets Too Wide for City Neighborhoods 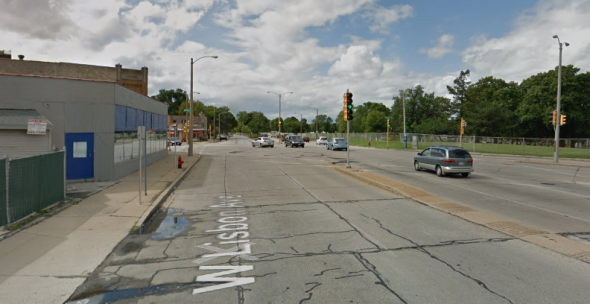 While the city has seen small bumps of population growth throughout the 2000s, overall, the population in Milwaukee has decreased since the 1960s by nearly 200,000 people.

“There are streets that were built for when we had 200,000 more people,” said Wineberg. “Atkinson is super wide and people can go really fast down it ’cause there aren’t as many users on the street anymore.” 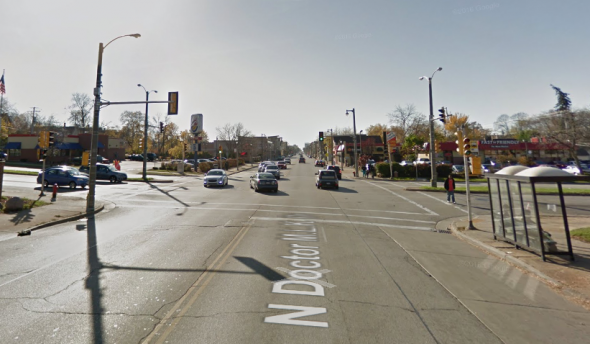 Wineberg says wide and empty streets equate to more instances of reckless driving. “Pedestrian deaths are much more common on four-lane roads and that’s often because people are driving faster,” said Wineberg. “Those 4-lane roads are in minority communities.” She added “You don’t see someone going 70 [miles per hour] on Oakland Avenue.” (Oakland is located in a wealthier part of the city.)

Milwaukee has seen an increase in carjackings and thefts leading to high-speed car accidents as well in the last couple of years. Wineberg says this is one of two factors for the increase in pedestrian deaths.

Professor Schneider says these large roadways are the result of Milwaukee’s rapid urbanization from the 1920s to 1940s.

“As suburbs developed, there was demand to get to one part of the region from another,” says Professor Schneider. While suburbs developed and people relocated to the suburbs, people had greater need for a fast, efficient way to get to Milwaukee sans freeway systems.

“The design philosophy was to move cars as fast as possible… it was very automobile-oriented” said Professor Schneider. “That philosophy was translated to local streets such as Lisbon, Dr. King Drive, and Forest Home.” These three streets run directly through North and South Side communities.

Professor Schneider’s Urban Planning students have conducted similar research to MilWALKee Walks. The department analyzed census tracts, or neighborhoods established by the Bureau of Census, to show which Milwaukee neighborhoods are most plagued by pedestrian deaths.

Professor Schneider’s team found that households with a median income of less than $30,000 make up 20.8 percent of the Milwaukee County population, and 31 percent of pedestrian crashes. This is part of larger research that shows pedestrian deaths are increasing nationwide and specifically, that people of color in the United States are 54 percent more likely to be killed by car drivers while walking.

University of Wisconsin-Milwaukee research also shows the degree to which drivers are at fault for not yielding to pedestrians. An additional study observed 473 pedestrian crossings at 20 uncontrolled intersections in Milwaukee and found that, of these crossings, in 364 instances, drivers had an opportunity to yield to a pedestrian. Final results showed only 60 of the drivers or 16% yielded.

In Wisconsin, Department of Transportation records show an increase by the thousands for car crashes. They also found a small decrease in fatal crashes from 2013 to 2014, with a steady increase from then to now.

It’s Time for Change on Milwaukee’s Streets and Sidewalks

Tatiana Maida was dropping her child off at school. After leaving Bruce Guadalupe, a southside school located on 9th Street between Washington and Mineral Street, Maida noticed a mother struggling to get her stroller over bumps and cracks on the sidewalk.

“Across the street was the mom with the stroller. You know how cracked the streets are; you need to go up and down with the stroller,” said Maida. “The stroller flipped over and the mom ran to see the kid hit his head, face down… This is just unacceptable, I was super upset.”

Maida works at the Sixteenth Street Health Center on Milwaukee’s South Side. She’s in charge of organizing meetings with community members and presenting the Complete Streets policy in search of feedback.  She says community members are in favor of this policy.

“They really need the streets to be safer and they thought that this was a good policy that would make the job of redoing and constructing new streets in a way that respects pedestrians,” said Maida. She will be hosting six community meetings between April and May to introduce the idea of Complete Streets to members of the South Side communities.

Implementing the policy, however, could prove just as big a challenge as passing it, Wineberg notes, and it could take years to get all Milwaukee streets up to speed with the new standards.

“Every neighborhood cares about this, not just Bay View or the East Side,” said Wineberg, referencing two higher income areas of Milwaukee. “We’re hoping this passes in July.”

This story was originally published by Strong Towns.