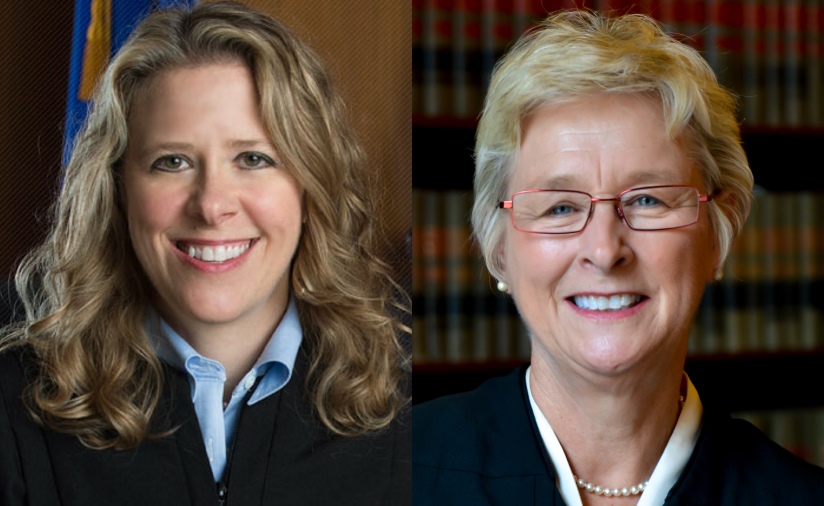 Spring is when thousands of families look forward to the summer and fall use of their waterfront cabins and cottages.

This year, owners of waterfront property in the state’s 260 flowages should be aware of a state Supreme Court decision that stopped a Price County couple that own Sailor Creek Flowage property from putting a pier on the waterbed — the land under the water — owned by their neighbors.

The pier that Jerome and Gail Movrich want is “inconsistent” with the property rights of their neighbors, David and Diane Lobermeier, a Supreme Court majority decided.

According to court records, the 201-acre Flowage was created when a dam was built in 1941. Lobermeirer family members were deeded waterbed rights in about 2000; the Movriches purchased their waterfront property in 2006, and while they are located adjacent to the water apparently have no ownership of the water bed adjoining their land.

Writing for the court majority, Chief Justice Patience Roggensack said Gail Movrich and David Lobermeier are sister and brother and their families jointly used a dock near Movrich property for years. But, Roggensack added, several years ago “the families had a falling out, at which point Lobermeiers began to assert that they have exclusive rights to the waterbed at issue.”

Under the Public Trust Doctrine, which holds that everyone has an equal right to use public waterways, the Lobermeiers conceded that the Movriches could use the flowage for “recreation and navigation,” Roggensack added.

Price County and Court of Appeals judges agreed with the Movriches, forcing the Supreme Court to decide these questions:

*Could the Lobermeiers’ ownership of the waterbed prevent the pier sought by the Movriches? Yes, the four-justice majority decided. Despite the Public Trust Doctrine, “Title to the property under the flowage may remain with the owners.

*Does the Lobermeiers’ waterbed ownership mean the Movriches cannot even enter the water from their waterfront property, but must instead use a public access? No, the court found. The Movriches “own property rights are sufficient to access and exit the flowage directly from their shoreline property.”

The January court ruling generated little news, but the top lawyer for the Wisconsin Realtors Association (WRA) said it set a major precedent. The decision could “impact thousands of waterfront property owners by limiting their use and enjoyment, and decreasing the value of their property,” said Thomas Larson, who filed the WRA’s legal brief in the case.

“The ability to place a pier adds value to waterfront property,” Larson said, adding: “This case is significant because it creates an exception for flowages to the general rule that waterfront property owners are presumed to have riparian rights, unless the deed to their property says otherwise.

“Under the new exception,” he noted, “waterfront property owners along a flowage are not presumed to have riparian rights unless their deed explicitly says so. Very few existing deeds contain such explicit grant of riparian rights.”

But the Lobermeirers’ attorney, Brian Formella, disagreed. “The sky is not falling,” Formella said.

The Supreme Court only upheld the “deeded, titled” property rights of the Lobermeiers, Formella said. “Other situations will factually differ from the present one, with different outcomes expected.”

“The common law of property rights has not been changed,” Formella added. “Rather, the importance of common law property rights and controlling cases to our system of jurisprudence have been respected … and reconciled with the Public Trust Doctrine and riparian interests.”

But the majority ruling was criticized by two Supreme Court justices — one seen as a conservative, the other as a liberal — who warned it would have broad, controversial consequences.

In their dissent, Justices Rebecca Bradley and Ann Walsh Bradley said the decision not only “extinguishes the property rights of thousands of waterfront property owners along flowages”, but also jeopardizes property rights “on all bodies of water in Wisconsin.”

They added: “A change in the law of this magnitude should come from the Legislature, not this Court.”

“The financial impact of pier rights to waterfront property values will likely be significant,” Larson said.

“Some homeowners have invested thousands of dollars on piers, boats and other recreation vehicles with the expectation they could be used to enjoy their waterfront property,” he added.

“Moreover, some businesses have likely purchased property along a flowage with the expectation that their customers will be able to access their business directly from the water.”

Larson had this advice for owners of waterfront property in flowages: Check the language of your deed. Carefully.

Steven Walters is a senior producer for the nonprofit public affairs channel WisconsinEye. His family owns property on the Sailor Creek Flowage, but it is not close to the properties involved in this lawsuit.