How to Choose An Income Tax Preparer

Tips on how to find a good professional and avoid shady operators.

By Elliot Hughes, Milwaukee Neighborhood News Service - Mar 11th, 2018 10:11 am
Get a daily rundown of the top stories on Urban Milwaukee 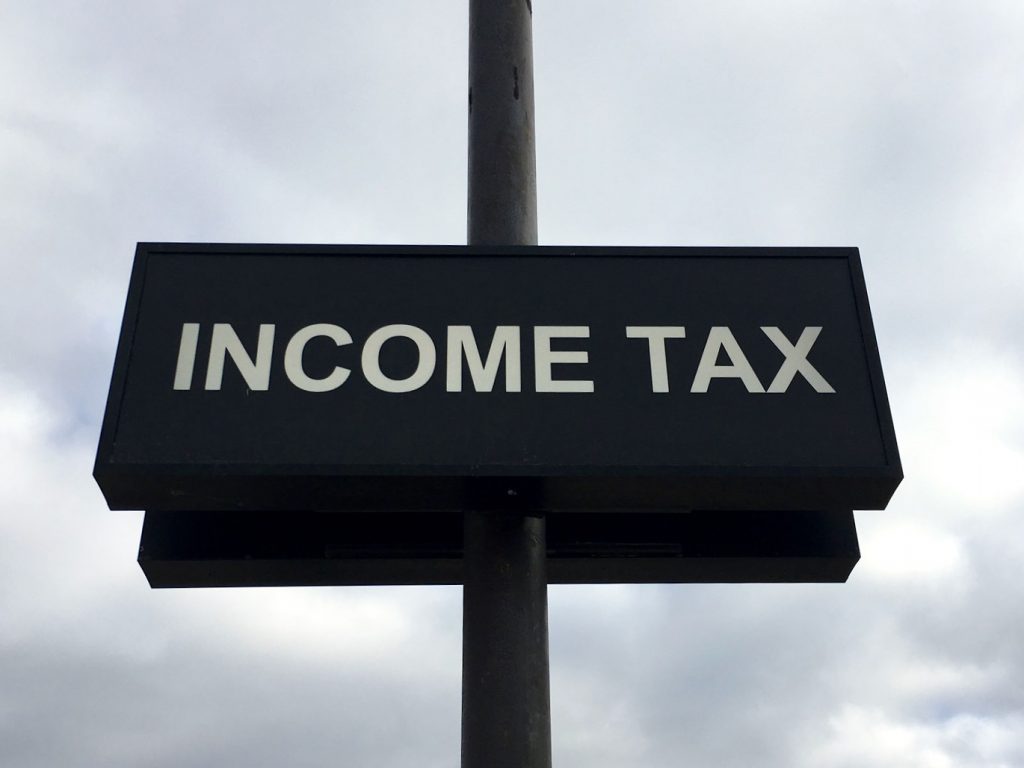 A sign advertising a tax preparation service in the Capitol Heights neighborhood in Milwaukee. Photo by Elliot Hughes.

Seven years ago, Ruby walked into a commercial tax preparation service and walked out thinking she got a sweet deal.

She saw advertisements for a $99 special that would cover the cost of preparing her tax forms and would also give her an advance on her return. The preparer estimated what her return would be and gave her more than 50 percent of it up front.

A couple weeks later she returned for the remainder and learned the deal was not so simple. Fees were hidden in her agreement. She ended up paying $340. And she eventually learned that the preparer made tax claims that shouldn’t have been made, which set the IRS on her and slapped her with $2,800 in penalties.

“It was a disaster,” said Ruby, a 48-year-old telecommunications professional who asked that her last name not be used.

Ruby, the mother of two college-age students, said it took her several years to recover from the unexpected payments. 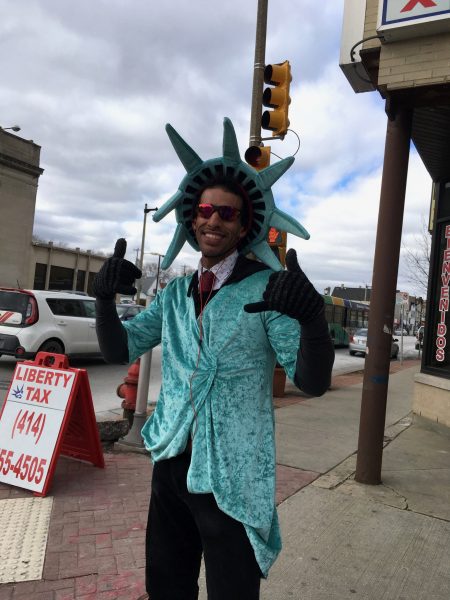 A man dressed as the Statue of Liberty dances outside a Liberty Tax Service outlet at 1336 S. Cesar E. Chavez Drive. Photo by Elliot Hughes.

“You couldn’t have moments where you could just be spontaneous,” she said. “ ‘Oh, let’s just go out to Cheesecake Factory.’ That’s a dream.”

Every tax season, when people are looking for help to file their income tax forms, low-income individuals are forced to navigate through services that pop up in their neighborhoods and may offer predatory loans, hard-to-notice fees and a mistake-prone tax return.

With little more than one month remaining before the federal filing deadline of April 17, now is the time when many people will start booking appointments with preparers without much consideration, according to Diane Robinson, who runs a free tax preparation service at the Social Development Commission.

According to a report by the Progressive Policy Institute, predatory tax preparation services open their storefronts in low-income areas because those residents are eligible to receive Earned Income Tax Credit (EITC) funds, which are a crucial supplement ($2,400, on average) of low-wage earners’ incomes and require complicated paperwork.

ZIP codes with the highest concentrations of EITC filers have about 75 percent more tax preparation storefronts per filer than moderate EITC ZIP codes, the report said.

In Milwaukee, some commercial preparers will charge up to $500 for a service that SDC, on average, would charge $250 for, if its program were not free, Robinson said.

There are multiple outlets in Milwaukee that offer a free tax preparation service for middle- or low-income households, but there are not enough for everyone, Robinson said. Here are a few tips to keep in mind when choosing a commercial preparer:

Below are sites in Milwaukee offering free tax preparation services for eligible taxpayers. For more options and details, go to the IRS website.