So many ways to eat it, though other dishes are tasty, too. 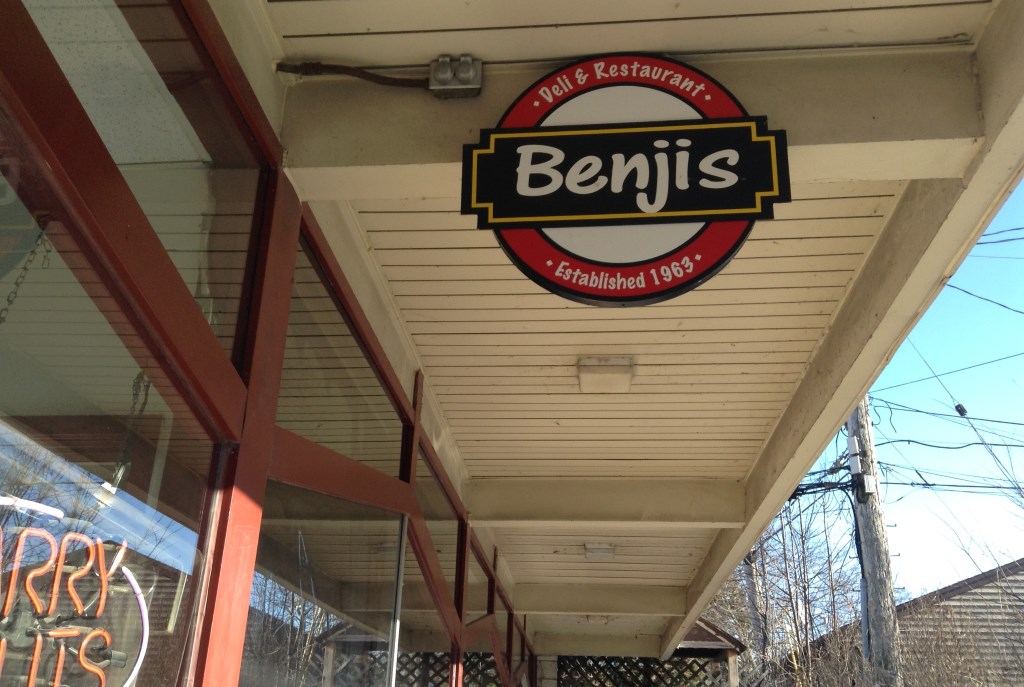 When you come to Benji’s, famous for corned beef since 1963, corned beef, of course, dominates the extensive menu, five pages to be exact.

But on a first visit we started instead with Mish Mosh, chicken broth with the works, served in a bowl that overflowed with flavor. It defined what a bowl of chicken soup should be, made with a rich broth that could stand as a meal on its own. “The works” referred to noodles, a Matzo Ball as big as a snowball, one Kreplach that resembled a wonton, and lurking at the bottom of the bowl, a layer of rice. Even though that solo Matzo Ball looked like a dumpling, it was impossibly light, yet infused with flavor from the broth.

Other soups on the menu included Chicken with one addition, not four, Cabbage Borsch, Mushroom Barley, Chili, and Creamy Tomato Parmesan served with a Grilled Cheese Sandwich.

From Benji’s Favorites, we couldn’t resist Potato Pancakes, crisp, nicely browned, made with potatoes that had been through a ricer. That gave them a firm texture, a perfect platform for the accompanying applesauce and sour cream.

From Signature Sandwiches we tried The Epiphany — yep, that’s what they call it. It’s made with grilled pastrami, swiss, and sauerkraut, stuffed in between two of those crispy potato pancakes. Was that the epiphany? It was certainly a mouthful, requiring utensils to reduce it to crunchy bite size chunks, a pastrami sandwich transformed from ordinary to unique.

The Classic Reuben lived up to the corned beef hype. It bulged with juicy, thick sliced corned beef with enough cheese and sauerkraut to set off the meaty flavor. Even the 1000 Island Dressing, served on the side, had better than average character. We liked it so much we asked for more to smear on the potato pancakes and The Epiphany.

If you read the fine print underneath the Sandwiches, you find an option for light eaters, a half sandwich available for half price plus seventy-five cents.

Now to acknowledge Benji’s claim to fame, there are many corned beef choices to ponder: the Reuben Roll, a classic reuben wrapped inside a crisp wonton; corned beef in a salad along with turkey, roast beef, and cheese; a slab of corned beef on top of a burger plus swiss, and sauerkraut; corned beef served with cabbage and potato; or corned beef in several breakfast specials. For an extra special Breakfast Special, come on a weekend for a Reuben Benedict.

On a second visit, with corned beef on my mind, I chose Corned Beef Hash. The menu read, “Served with two eggs,” but the scrambled eggs coating my hash apparently came from a giant chicken. Under this mantle of eggs, the chopped corned beef and potato hash had small pieces of meat, not the chunks I prefer. I found it slightly greasy but that didn’t spoil the flavor. The hash came with a bagel and a large cup of coleslaw. You might not expect coleslaw to pair well with eggs, but this sweet and sour vinegar-forward slaw helped cut the grease in the hash.

If you order the Bagel with Lox, it’s a do-it-yourself project. All the parts are on the plate; you assemble them as you wish. There’s a toasted bagel along with thick sliced Nova Lox, sliced red onion, lettuce, tomato, pickle, cream cheese and even a little cup full of capers.

There’s plenty more on that All Day Breakfast Menu: omelettes; Pancakes; French Toast; and Blintzes made with three cheeses. That’s also where you’ll find Hoppel Poppel, a traditional dish often used to rid the kitchen of leftovers. In my family we called it “Eggs and potatoes.” At Benji’s they make it with scrambled eggs, fried potatoes and salami. For the Super Hoppel Poppel, they add peppers, mushrooms, onions and cheese.

If you’ve read this so far, you know why Benji’s deserves its reputation as a local icon: there are no surprises, just large portions, friendly service, and plates full of abundant, hearty, not especially heart-healthy, comfort food. 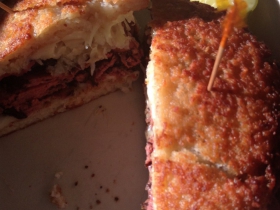 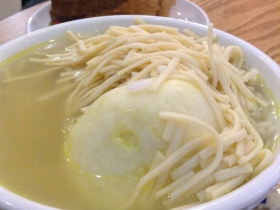 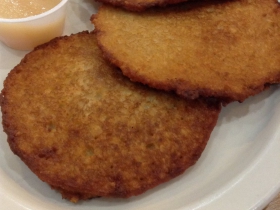 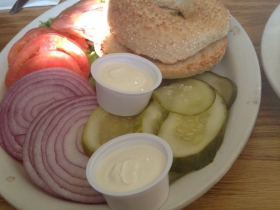 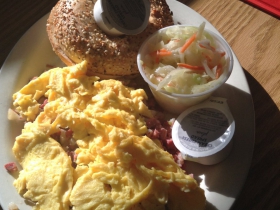 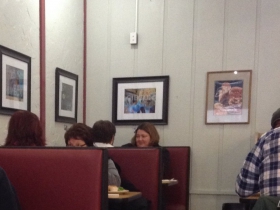 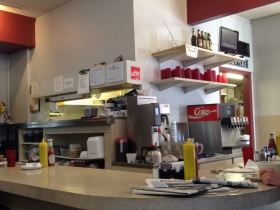 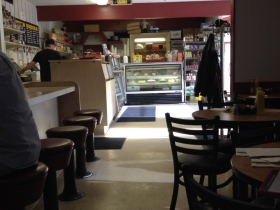