Spreading the Gospel of Solar Power 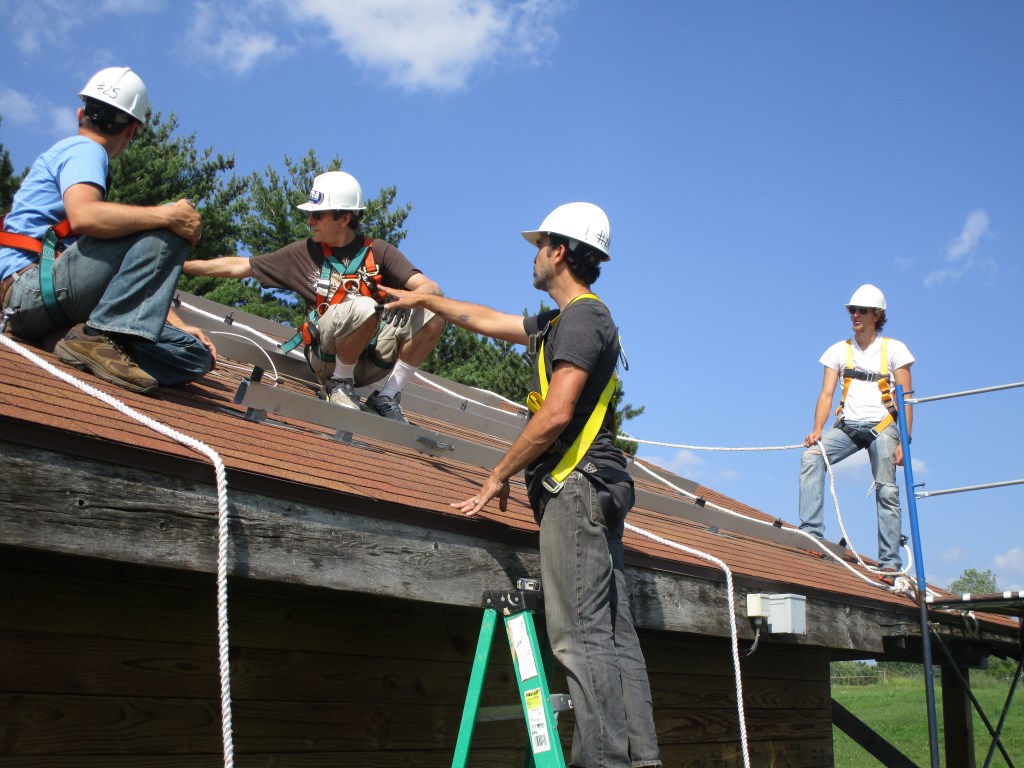 Cal Couillard, the president of Componex, a precision manufacturing company based in Edgerton, WI, was long interested in solar power. So last year, after seeing the price of solar continue to plummet, he decided to install a one-quarter megawatt solar power system at his company, which makes precision idler rollers for the web handling and converting industry.

The results were pretty spectacular. The new system produces about 280,000 to 300,000 kilowatts of energy per year, he told WUWM: “I would estimate I use about 240,000, so we will produce more electricity than we use. So it gets sold back to the utility.”

That led Couillard and his wife, Laurie Couillard, to provide $125,000 in funding for a new program called “Solar for Good,” which allows RENEW Wisconsin to provide grants to help Wisconsin non-profits and churches fund solar energy projects.

The grants are not meant to fund entire solar energy projects, but to provide 10-20 percent of project funding that groups can use as leverage for the rest. As RENEW Wisconsin notes, Solar for Good grants are flexible and can be used to match dollars from other donors, fill gaps in existing budgets for solar energy or reduce the amount of loans needed to cover a project. “This grant program has the potential to leverage nearly ten times its original value in solar installations,” says RENEW Wisconsin’s Engagement Manager Katherine Klausing.

RENEW says the program is designed for “mission-based organizations,” like religious groups or those that work with low-income people. The idea is to help these groups “join the solar movement,” Klausing says. “Investing in solar panels means they can lower their operating costs, save money to reinvest in their missions, and align their energy dollars with their values.” Public schools, government agencies, and municipalities are not eligible to apply for grants.

Beyond helping these groups, the idea is to use them to help spread the message about the benefits of solar, says Cal Couillard: “The idea is that if we can install solar panels on churches and other nonprofits, then all the people that are going there will also see this happening.” Recipients of the grants are required to educate their community members about solar energy.

Before applying, organizations were required to get a site assessment from one or more reputable solar companies to identify the potential size and cost of their project. For those applicants that could not afford to pay for site assessments, RENEW also made technical assistance grants available, which contribute $250 toward site assessments and $500 towards engineering reviews.

The initial application deadline was November 13, and according to RENEW, they received 23 applications requesting a total of $220,000 in funding for new solar projects. Though the initial available funding was just $125,000, RENEW did some further fundraising so that they could offer a total of $142,000 in this round of grants.

RENEW will not award funds to any group until they have secured the rest of their funding and are ready to proceed with installation. Each organization has a twelve-month deadline to complete their fundraising and solar panel installation, though in special circumstances this can be extended. RENEW requires each group to give them a fundraising update after six months to show that their project is on track. If they are having trouble meeting their fundraising goals, RENEW will either help them with fundraising strategy or cancel the project.

RENEW announced that they will hold another round of Solar for Good grant funding in Spring 2018, and are welcoming donations here.