The Legacy of Marc Raskin 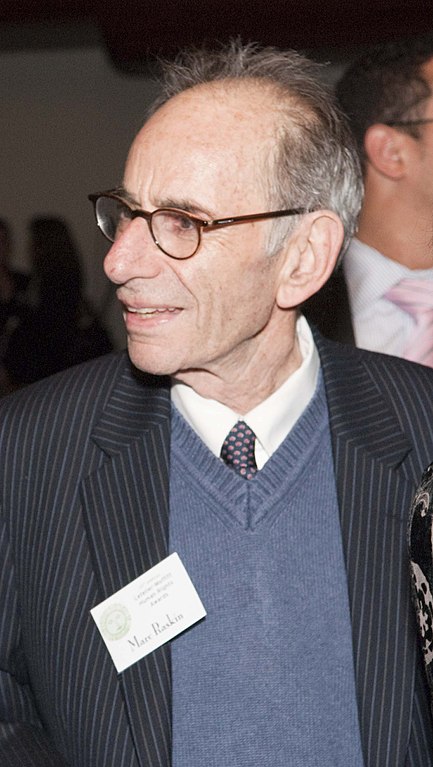 On Christmas Eve, Marc Raskin’s big heart finally gave out. Raskin was a passionate, tireless and visionary luminary. He was my hero, teacher and close friend. Marc grew up in Milwaukee, making an early mark as a musical prodigy. As his assistant in D.C. I accompanied him to piano practice. Wow! Marc was an unusual synthesis of an artist, scholar and political leader.

Washington overflows with people seeking power, status and wealth. They want to impress. However, Marc was impressive because he came to D.C. to make the world a better place. He fought for economic-social justice, an end to war and the abolition of nuclear weapons. In his quest for social change Marc served as an intellectual, moral and political guide for an entire generation. It is no surprise that he once worked for Wisconsin Democratic Representative Bob Kastenmeier. They were on the same page.

Under Bob’s leadership Marc organized members of Congress to sponsor “The Liberal Papers”. This pathbreaking anthology called for an end to the Cold War and arms race as well building a more equitable and just society. Kastenmeier, a political giant in his own right, had spotted an emerging leader. Marc left Capitol Hill for the White House to work for McGeorge Bundy, National Security Adviser to President Kennedy.

Marc once told me that Bundy had confided that he wanted Marc to be the “social conscience” of the National Security Council staff. Bundy became one of the architects of the Vietnam War. Later he and others brought the U.S. to the brink of nuclear war during the Cuban missile crisis. A disenchanted Raskin had no place in the White House under Bundy.

In 1963, Marc and Dick Barnet founded the Institute for Policy Studies (IPS). It was a trailblazing think tank that would speak truth to power on domestic and foreign policy. Soon IPS became a hub of opposition to the escalating and murderous Vietnam War under LBJ and later Nixon. LBJ’s Justice Department indicted Marc for his outspoken criticism of the military draft. Raskin was exonerated. Nixon sought worse.

Marc, Wisconsin Democratic Senators Gaylord Nelson and Bill Proxmire, along with Kastenmeier and Erwin Kroll of “The Progressive” magazine were all placed on Nixon’s “enemies list”. A White House aide said: “we can use the available federal machinery to screw our political enemies”. The Nixon Administration repressed its opponents through spying, threatened IRS audits, litigation and prosecution. And, a paranoid Nixon also placed Bundy and Defense Secretary Robert McNamara on the list.

Marc never forgot the senseless and devastating human cost of the Vietnam War. When McNamara released his memoir Raskin said: “He (McNamara) has begun his purgation but it will never be enough. Let McNamara find a way to help the thousands of Vietnam War veterans, whose lives were destroyed by his decisions and who walk the streets as broken and devastated individuals. They are McNamara’s shadow.”