By Jacqueline Kelly, Great Lakes Echo - Jan 2nd, 2018 11:19 am
Get a daily rundown of the top stories on Urban Milwaukee 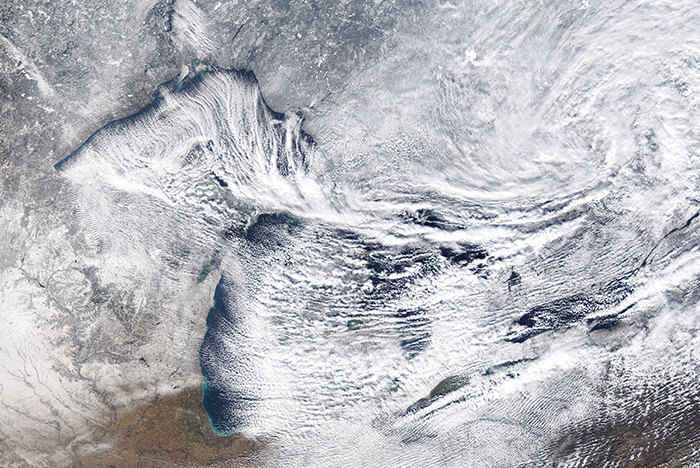 It’s likely that everyone in the Great Lakes region has experienced unexpected weather, especially in the winter. 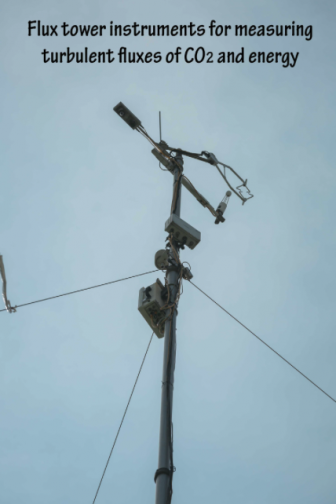 What the flux towers look like close-up. Image by Lindsay Fitzpatrick.

When was the last time you recall a meteorologist telling you that there would be only 2 to 4 inches of snow when the 12 to 14 inches that came were blamed on the deceptively friendly-sounding “lake-effect” snow?

That uncertainty could be a thing of the past, said Lindsay Fitzpatrick, an atmospheric data analyst with the Cooperative Institute for Great Lakes Research in Ann Arbor, Michigan.

She and her team are looking for ways to more accurately predict that lake-effect snow and give more advanced warning of it before it hits. Lake-effect snow strikes many areas of the Great Lakes region, but it hits northern and western Michigan and western New York the hardest.

Each tower has instruments that measure temperature, wind speed, wind direction, solar radiation and other meteorological variables. They also measure heat flux–the amount of energy transferred to and from a surface. That is useful in measuring evaporation. And that’s important because the greater the evaporation from the lake, the more water goes into the air.

And the more water in the air, the more likely it is to fall as snow. 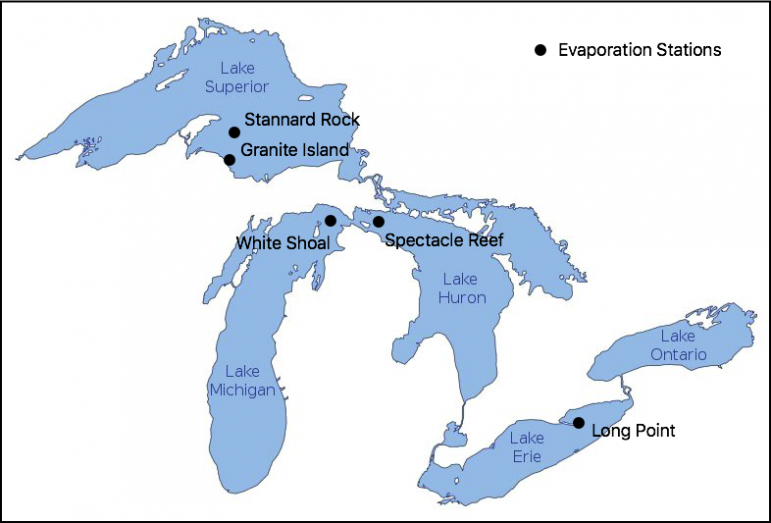 Map of all five flux tower locations on the Great Lakes, also referred to as Evaporation Stations. Image by Lindsay Fitzpatrick.

The instruments are on top of five offshore lighthouses–two on Lake Superior and one each on lakes Michigan, Huron and Erie. There are none yet on Lake Ontario.

“Without their observations, we would have no way to gauge how well current models are actually working,” Fitzpatrick said.  “With more measurements, we can fine-tune current models to create more accurate predictions of lake effect snow and ideally down the line, all weather that impacts the Great Lakes.”

The trouble is that there aren’t enough of them to fine tune the models well enough. Fitzpatrick figures two to three towers on each lake would give meteorologists the lake-wide measurements that they need.

Weather experts say the investment is worth it to develop computer models needed to better predict lake-effect snow. 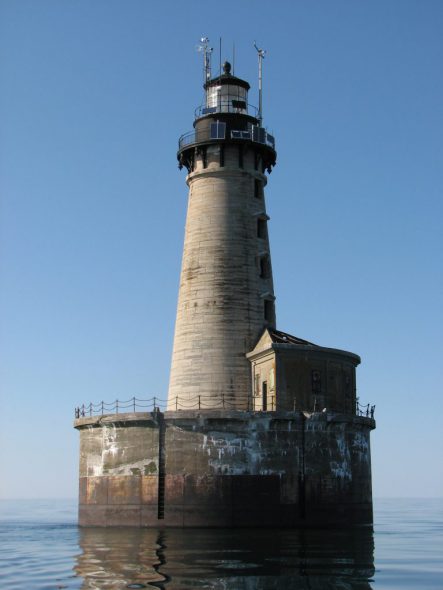 “As we begin to incorporate these new observations to our current models, we will be much better prepared.” said Jeff Andresen, the state climatologist at Michigan State University. “The towers provide single site observations, but these observations allow us to have a greater understanding of the entire lake since they should represent the entire lake climate.”

It is difficult to predict lake effect snow because the models haven’t captured finely enough the elements that cause it, he said. Even so, understanding them has improved with the towers that exist now.

“The flux towers are very important because they quantify the fluxes of energy and water taking place between the lakes and the atmosphere above something we really couldn’t do very well until the towers went up,” he said.

The U.S.-Canadian International Joint Commission funded a project to build the first flux towers in 2008. The others were supported by subsequent projects and grants.

“These towers require constant monitoring, which requires bigger teams, and if we want to be able to rely on these towers for predictions, we need to have more on every lake,” Fitzpatrick said.

Her team recently published a study in the American Meteorological Society’s Journal of Hydrometeorology  about the turbulent heat fluxes in Buffalo during a lake-effect snow event. They say they hope  the study will help others see the importance of these towers.

The study measured latent heat fluxes, or the amount of energy (or heat) needed for evaporation. That helped the researchers estimate the amount of evaporation at the lake’s surface and to study whether such measurements help forecast lake-effect snow.

And they may also give a glimpse of what’s ahead as the climate’s air and water temperatures rise, Andresen said.

“Collectively, they should help better determine what lake-effect precipitation patterns might be like in the distant future.”