In Toronto the Streetcar is King 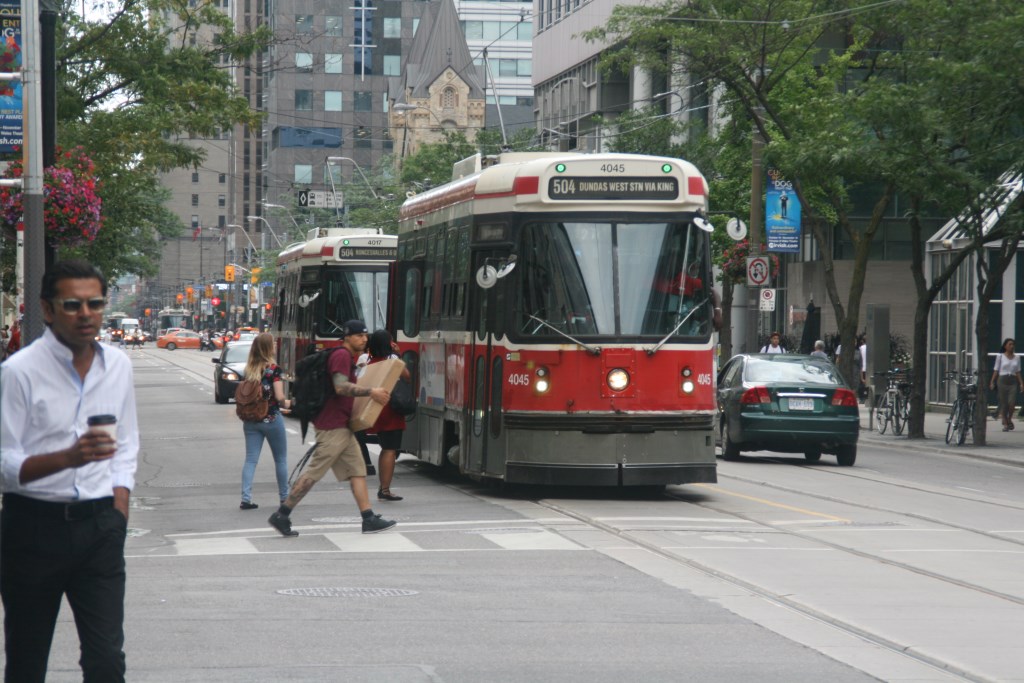 Increases in car-free living: While many of the cities with large numbers of car-free residents are in the places you would expect, some mid-sized cities have actually seen larger increases in residents without cars. Many of them are places you might not expect, such as Davenport, Iowa and Peoria, Illinois. However, this might simply be an indicator of increased poverty. (Governing)

Apple’s design head is frustrated by criticism: Apple’s head of product design Jony Ive is frustrated by criticism of the new Apple campus from urban planners and other observers. In a recent interview, he stated that the building was designed for the company’s use, not the general public’s — ignoring the fact that a $5 billion campus that needs access from the outside world for employees might in fact impact the lives of others. (Business Insider)

Food hall follies: In 2010, not many people might have known what a food hall is. (For the uninitiated, a food hall is a building or store containing several stalls occupied by different purveyors of local fare.) Some retail analysis indicates it’s the next big thing, but those who work there are bothered by being seen as an amenity to a development rather than an establishment of their own. (New Yorker)

Boomtowns are lacking boom: The places with the most jobs used to attract the most population growth — think Houston during an oil boom and Detroit during the growth of the auto industry. Now that’s not the case, as cities experiencing job growth aren’t growing much at all, or at least as much as economists think they should. (New York Times)

Dedicated lanes lead to reliable travel: A pilot project on King Street, Toronto’s busiest streetcar route, gives priority to transit and has led to a five-minute reduction in travel times during the busiest periods of the day. Researchers also noted the unforeseen consequences of better travel times: increased transit ridership leading to a lot of crowding. (Toronto Star)

Quote of the Week:

For the first time in 40 years, power plants are no longer the biggest source of U.S. greenhouse gas pollution. That dubious distinction now belongs to the transport sector: cars, trucks, planes, trains and boats.

4 thoughts on “Urban Reads: In Toronto the Streetcar is King”