Bucks owner, other Weinstein board members knew Harvey was a predator, suit claims. 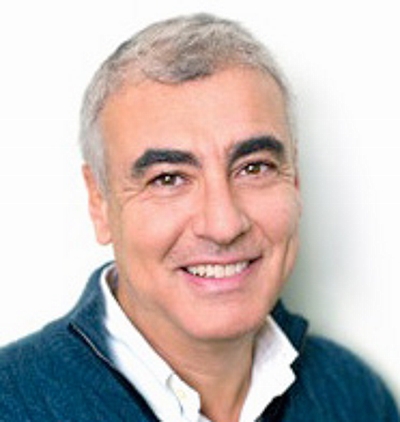 Billionaire Marc Lasry, co-owner of the Milwaukee Bucks, is among the current and former board members of Miramax and the Weinstein company who are named in an explosive lawsuit filed yesterday charging that Lasry and others worked to “perpetuate and conceal” movie mogul Harvey Weinstein’s “widespread sexual harassment and assault,” a cover-up that amounts to civil racketeering, as the New York Times reported.

Also named in the suit is another NBA owner, New York Knicks owner James Dolan, a friend of Lasry.

“In a joint statement, the six plaintiffs filing the lawsuit said, ‘We are but six women representing hundreds’ who have been harassed or assaulted by Mr. Weinstein,” the Times reported. More than 80 women have so far accused Weinstein of sexual harassment and/or sexual assault.

“Harvey Weinstein is a predator,” and his brother and partner Bob Weinstein “knew it,” the joint statement says. “The board knew it. The lawyers knew it. The private investigators knew it.”

Weinstein, a longtime movie producer, was fired by his company after an eruption of accusations by women in October, when The New York Times and The New Yorker reported that Mr. Weinstein had paid off sexual harassment accusers for decades.

Lasry is a principal owner of the Bucks along with Wes Edens and Jamie Dinan, and served on the board of the Weinstein company for 16 months, from mid-2016 to October 2017. “Lasry knew of Weinstein’s pattern and practice of predatory sexual conduct toward women from both his personal relationship with Weinstein and his position as a (company) director,” the suit charges.

“Lasry and Weinstein were neighbors in Westport, Conn., and according to a source familiar with the situation, they and their families regularly socialized together,” a story in Fortune magazine reported. “They also shared a bond as major fundraisers for the Democratic Party.”

Lasry was a top advisor and donor to Hillary Clinton and Chelsea Clinton worked as an associate at Lasry’s company, Avenue Capital Group, for three years. Weinstein was a contributor to Democratic candidates, helped raise funds for Clinton and was a big donor to the Clinton Foundation.

Lasry has declined to comment on the suit. Weinstein’s lawyers said in a statement that Mr. Weinstein “has never at any time committed an act of sexual assault,” the Times reported.

A spokeswoman for Mr. Dolan, who was on the board from mid-2015 to mid-2016, said: “Mr. Dolan is confident that he acted appropriately in all matters relating to his time on the Weinstein board,” according to the Times.

Dolan was replaced on the board of the Weinstein company by Lasry in mid-2016. At the time Dolan, who is a friend of Lasry’s, also described himself as a “close personal friend” of Harvey Weinstein.

The allegations against Weinstein have gotten increasingly serious. “The police in New York, Los Angeles and London are investigating a range of sexual assault allegations against Mr. Weinstein,” the Times reported, and the suit charges that many people involved with the company knew of his transgressions.

The lawsuit charges that “Each participant in the Weinstein Sexual Enterprise had a systematic linkage to each other participant through corporate ties, contractual relationships, financial ties, and the continuing coordination of their activities,” the story noted.

“Weinstein allegedly employed an ‘army of spies’ to track and intimidate journalists and his alleged victims, the New Yorker reported last month, which plaintiffs’ attorney Steve Berman said is the basis for the RICO allegations,” the Daily Beast reported.

This army of spies, Berman told the publication, allowed Weinstein to continue his illegal activities over the years, and “covered it up. When you’re using wires and mails —which are governed by the Racketeering Act — for the illegal purpose of raping and sexually harassing, that falls squarely within RICO,” he charged.

The Fortune story, which ran on November 19, examined the role of Weinstein company board members, describing it as “a corporate backstory about how a group of billionaire board members from the worlds of Wall Street and entertainment let Harvey Weinstein stay in power” and “oversaw an almost unimaginably toxic corporate culture built and led by their friend… In an extraordinary case of governance-gone-awry, these distinguished figures—brilliant in managing their own ventures—allowed themselves to be deceived by a charismatic mogul, whose blatant business abuses, including allegedly spending millions of dollars of (company) funds on his own personal projects, mirror his serial alleged abuse of women.”

Dolan had been brought on to the company’s divided board “to tip the balance in the Weinstein brothers’ favor,” a story by the Hollywood Reporter noted, but Dolan served only a year and was then replaced by Lasry, a longtime Weinstein friend. The Fortune story suggests Lasry joined the board just after a crucial vote by members where Weinstein might have been let go but wasn’t.

After the accusations against Weinstein hit the headlines on October 5, there was an emergency meeting of Weinstein company board members that evening, the Hollywood Reporter recounted. It was “a scream-filled session of infighting among members” with Weinstein present. “The board members are said to have challenged Harvey Weinstein directly, and the mogul fired back that he would survive the scandal.”

The next day Lasry announced he was resigning from the board.