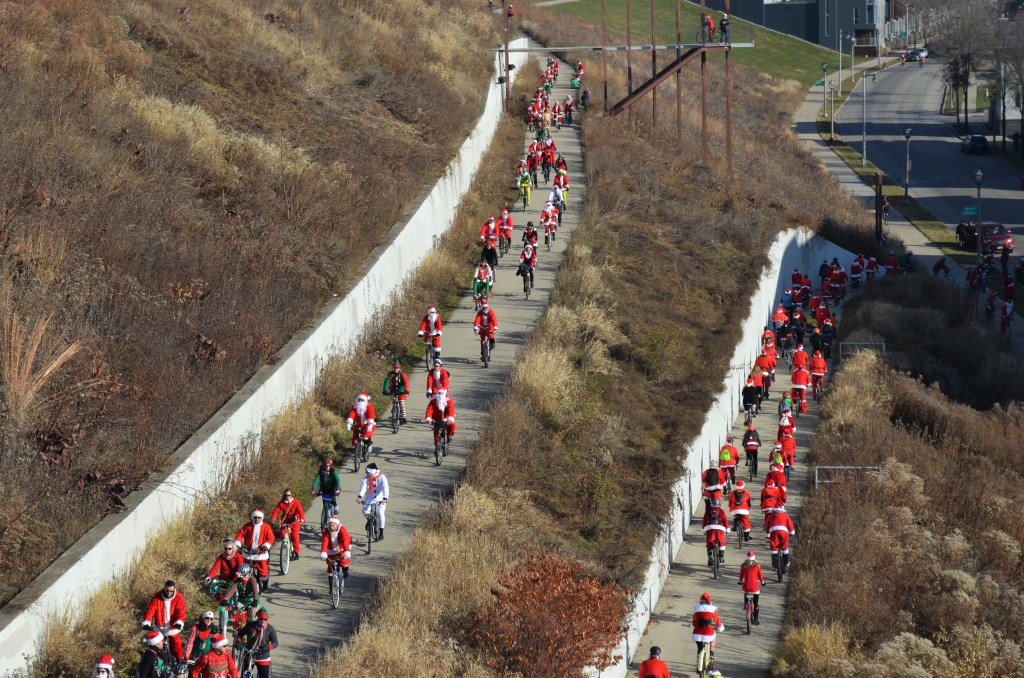 A legion of Santas invaded the bike lanes and taverns of Milwaukee over the weekend.

At least, that’s what it looked like for anyone witnessing the hundreds of bikers dressed as Santa and other holiday icons who were part of the Wisconsin Bike Fed’s Santa Cycle Rampage 2017. The bikers began at Cranky Al’s Bakery at S. 69th St. and W. North Ave. in Wauwatosa and made the five-mile trek to Lakefront Brewery on N. Commerce St. Santas could also ride to and meet up at any of the Santa gathering places such as Great Lakes Distillery, Belair Cantina, both Cafe Hollander locations, Nomad World Pub, and more. The businesses also sponsored the ride with donations to the Wisconsin Bike Fed.

The event, which began 16 years ago, looks to encourage support for local businesses, but especially to encourage people to try biking in the winter. It was a perfect day for the event with plenty of sun and a high of 53 according to AccuWeather.

Participant Jamie Vos, a safety materials manager at the Association of Equipment Manufacturers, told Urban Milwaukee that he came to the event after a friend asked him to join. He’s been living in the metro area for seven years, but this is the first time he joined the rampage. He bikes all year round because it’s a great way to exercise and build up stamina, commitment, and discipline. He said that Milwaukee is one of the best biking cities he’s seen – second only to Madison – because of its great biking lanes and trails. He especially loves biking along the lakefront.

“Biking in Milwaukee is almost religion,” he said. “A lot of people just love getting on the bike and riding throughout the year. I think it’s getting more common to do that with events like this that support that.”

Biker John Gerek, a security awareness consultant at Northwestern Mutual, told Urban Milwaukee this is his fifth or sixth year at the rampage. Going to the event is a tradition for him and his coworkers. 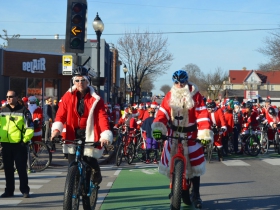 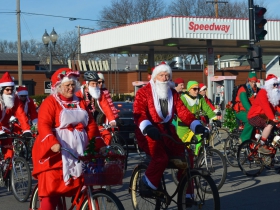 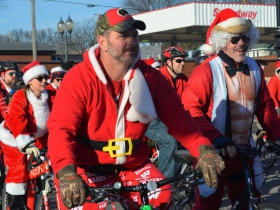 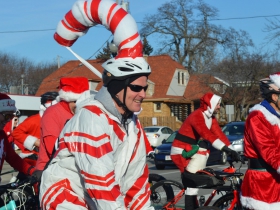 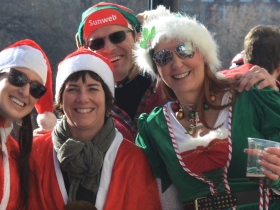 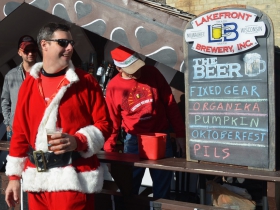