Stores need more notice, they decide, on ordinance requiring locks on all carts. 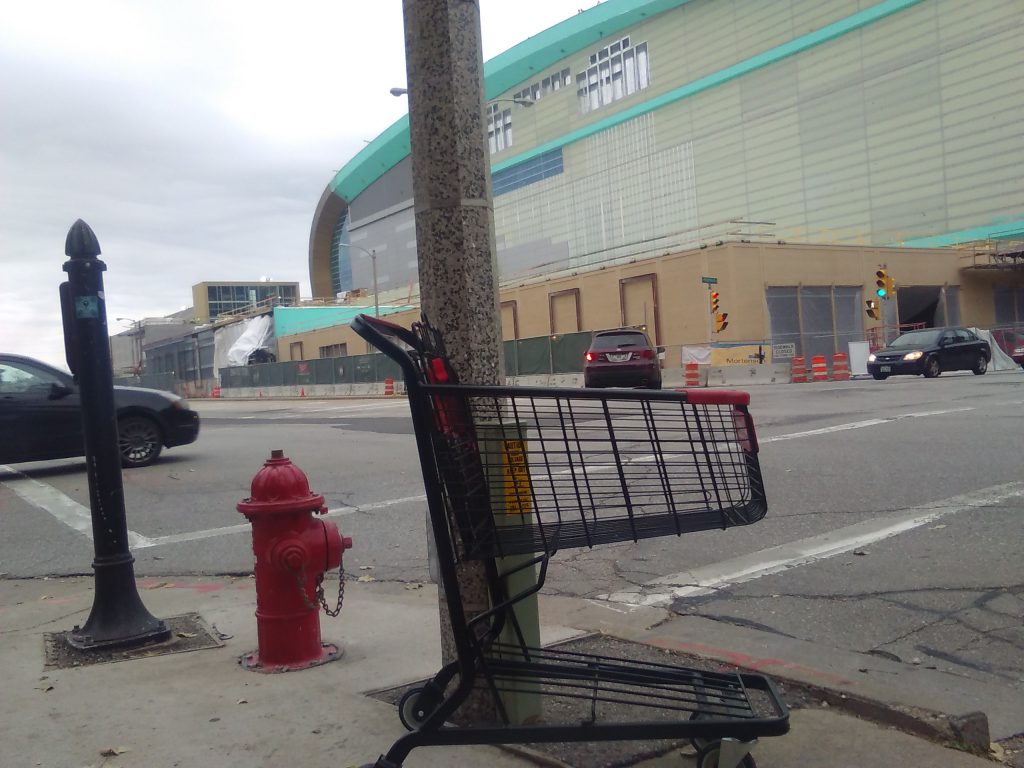 A proposed ordinance that would require shopping carts in the city to have a locking mechanism was sent back to the Public Safety & Health Committee for further debate. The legislation, introduced by council newcomer, Ald. Chantia Lewis, was referred back to committee because many Common Council veterans couldn’t believe there wasn’t widespread opposition from stores.

Lewis sponsored the measure because she has found that recovering abandoned shopping carts has become a daily activity for the Department of Public Works. “This is in response to the shopping carts that have become an unnecessary blight on the community,” she explained. Using the example of a Save-A-Lot store in her district, she said the up-front cost of the carts is from $125-$150/each, while the security system costs $25 per cart. “This is not a costly investment to protect your investment,” the northwest side alderwoman said.

The Save-a-Lot grocery store at 6410 N. 76th St. adopted a security mechanism commonly associated with Aldi’s grocery stores, a mechanical 25 cents deposit that is released by the cart when it is returned. It typically costs a store $25 to install this mechanism. The result is a win-win according to Lewis, who said “we have better things for our city services to do.”

The council has previously debated such measures, but had backed down from passing any proposal because of overwhelming opposition according to longtime council member Robert Bauman. The downtown and near west side alderman, who asked to be added as a sponsor on the measure, said “why they don’t care about these carts is beyond me.”

The legislation would authorize the city to impose a $250-per-cart fine on stores that fail to install the locking mechanisms. Ald. Nik Kovac asked Lewis if the measure would allow the city to fine stores that don’t comply, but still fail to lose a cart. She replied that it would, however, the legislation specifies that one of the acceptable prevention measures allows stores to comply with the law and not install a locking mechanism. It reads: “Assign personnel employed directly or indirectly by the cart provider to be primarily responsible for preventing removal of shopping carts from the cart provider’s premises.”

Other security options listed in the legislation include the security deposit method associated with Aldi’s, the installation of bollards or other barriers to prevent their removal or the installation of “devices to disable and render inoperable any cart removed from the cart provider’s premises.” One such device used by some Milwaukee stores is a magnet that locks on the cart when it crosses an invisible barrier on the property’s perimeter. Lewis notes those locks have varying degrees of success.

“I recognize the problem and sometimes solutions can create new problems,” Kovac said. He along with many others on the council advocated further debate on the measure.

Council members Michael Murphy, Robert Donovan, Bauman and Kovac all said they weren’t sure if written notice had been given to those potentially affected by the legislation. With no formal answer available other than Lewis’s assurance that she hasn’t received negative feedback, Kovac and Donovan both moved for the measure to be referred back to the Public Safety and Health Committee and affected parties to be properly noticed of a public hearing. The move unanimously passed.

The legislation will likely have a public hearing at the Public Safety and Health Committee on December 7th. If the committee takes action on the item, it could be back before the full council on December 19th.

Current regulations in the city require shopping cart owners to mark the carts with their name and address. Abandoned carts recovered by the city become city property after five days if they remain unclaimed. 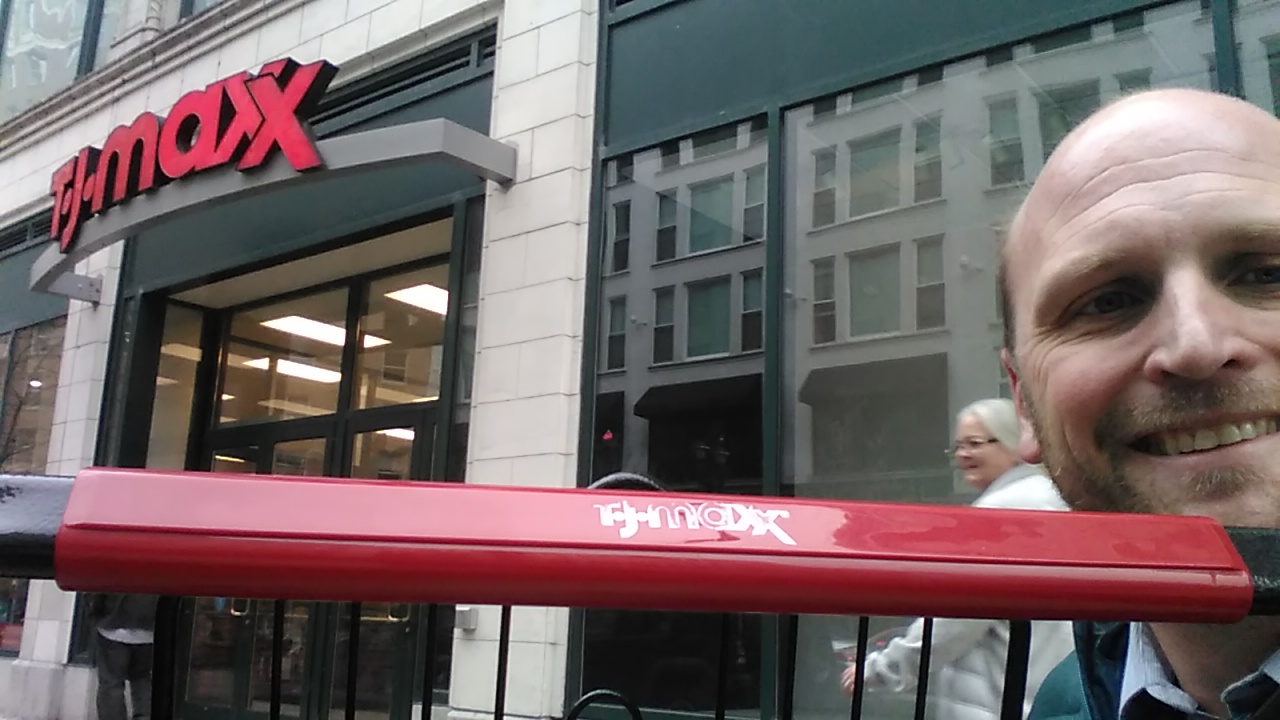 Kovac with the saved shopping cart. Photo by Nik Kovac.

One thing that Lewis referenced repeatedly in today’s meeting was a cart that has sat for days on the corner of N. 6th St. and W. Highland Ave. Kovac, in a moment of levity, promised to go claim it before lunch.

He had previously told the council that his second job was at Otto Wenz‘s Sentry on N. Downer Ave. (now a CVS store) and that he enjoyed the diversion of being dispatched to retrieve carts Wenz would spot in the neighborhood.

True to his word, as I finished my lunch Kovac was texting me photos of the cart being returned to T.J. Maxx at the Shops of Grand Avenue. The alderman is on the job.