A blueprint for change or too vague and hard to understand? Council members wrangle. 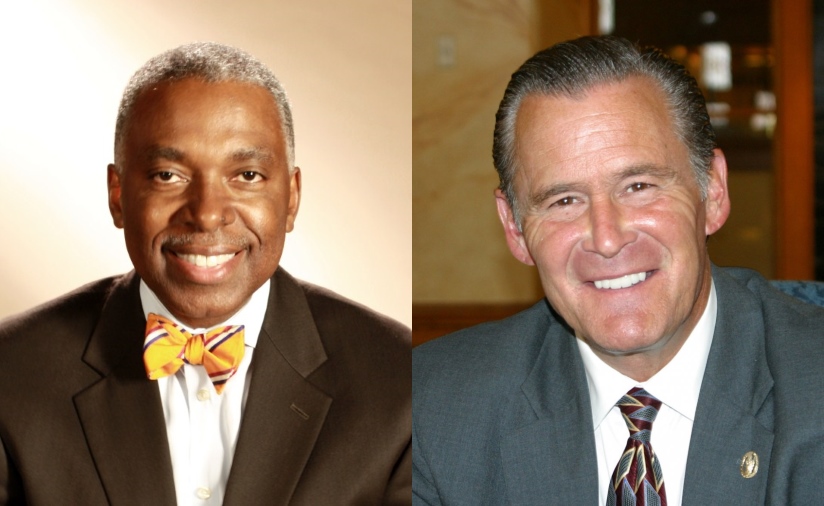 There is now a blueprint for public safety in Milwaukee. Unfortunately, not every member of the Common Council agrees with it.

The Blueprint for Peace, introduced before the council’s Public Safety and Health Committee on Monday morning, was met with support from council president Ashanti Hamilton and Ald. Chantia Lewis and intense scrutiny from council members Robert Donovan and Mark Borkowski.

Moore told the committee that more than 150 stakeholders were involved in creating the report, and that the group surveyed thousands of people to guide its structure. Angresano added “By the time you get to homicide data, the homicides have already happened and it’s always bad data…  What we haven’t had is a collective and coordinated program to address these issues.”

While the report is intended to guide citywide policy, it identifies 10 neighborhoods for priority treatment, all but two of which are on the north side of the city. The neighborhoods of Old North Milwaukee, Harambee, Franklin Heights, Silver Spring, North Division, Amani, Sherman Park, Historic Mitchell Street, Lincoln Village and Midtown are singled out based on Milwaukee Police Department data and other city information sources.

Recommended strategies are attached to each goal and range from concrete ideas like forming specific committees to track and coordinate on issues to more abstract ideas like “Build capacity and collaboration across priority neighborhoods in citywide implementation.” The goals and recommendations make up the bulk of the report and are colorfully displayed in a wide array of lists.

That’s too much for Ald. Borkowski. He told the packed room: “It reads like a doctoral dissertation. There is a lot of stuff. It’s almost overwhelming.” He went on to suggest of non-profit groups in town, “We have a lot of agencies in this community who feel they are entitled, entitled to whatever monies are available… Honestly this is just Mark Borkowski talking, call me what you want.”

Committee chair Ald. Donovan piled on, stating “I ran into more than a few paragraphs that I had to read two, three or even four times to fully understand what I was reading.”

He went on to complain, “I’m a little disappointed that we didn’t get more information in advance. The mayor gets briefed on this in advance. The mayor gets copies of this in advance. If the council does not, and we’re listed as partners on this effort, are we or are we not?” Baker responded: “Our intent all along has been to make certain that this body not only has a chance to review, but to direct this initiative.” Earlier in the meeting, Hamilton had said “it was always the impression for me, and it was always the discussion we had at the implementation committee, that this would be a living document.”

Donovan then pivoted to querying about the cost. Baker declined to cite a specific number, noting that the effort would take years and due to its nature as a public private partnership would have funding coming from a variety of sources, many of which already exist. He noted that Bader Philanthropies had just pledged $100,000 to a violence prevention measure.

After a lengthy response from Baker that cited Minneapolis, Oakland and New Orleans as positive planning examples, Donovan responded: “You ought to run for office, commissioner; you talk a lot and don’t say too much.”

The comment drew a swift rebuke from Hamilton, who said “I’m a little frustrated that it’s not sitting with you well. I think it’s important for everyone to understand all the things we’ve done to get to the point of a damn blueprint.”

The council president, who just a year ago was collaborating one-on-one with Donovan on a similar plan, went on to refute the southside alderman who has long demanded more cops on the streets. “If you don’t tie job creation efforts to the sustainability of any violence prevention efforts, then you’re not talking about anything,” Hamilton declared. “But to put a number on it is impossible.” He then summed up the situation, saying “We are in an impossible fight and we are going to win anyway.”

But Hamilton, who estimated that only $85 million to $100 million of every $1.5 billion city budget goes into alleviating poverty and inequity in the city, conceded that Borkowski’s concern over evaluating performance of any plan was important and should be done.

After a substantial back and forth between Donovan, Hamilton, Baker and Moore, Ald. Lewis jumped in, stating, “I just had to say something because I was over here fuming. We are tired of being on a list of places for worst place for African Americans to live and worst place to raise a family.” She called the anti-violence plan “an all-hands-on-deck response.”

Donovan’s retort: “Everyone here, including myself, is interested in preventing violence across Milwaukee. We also have an obligation as elected officials to adopt the best, most successful effort to do that. I’m just concerned that we may, by just blindly adopting this, and moving forward with a rah-rah mentality, that we will create a false sense of hope in this community. I think we have an obligation to scrutinize this as we do.”

Perhaps sensing the debate was starting to go in circles, Ald. Terry Witkowski jumped in and motioned the report be placed on file given that it didn’t require any committee action beyond receiving the report. That motion carried.

Eventually, for the report to have any impact, the council must vote to adopt the plan and allocate resources towards initiatives within it.

The report is available online.