Why Does GOP Want To Raise My Taxes?

And why do I get nothing back in return but a bigger federal deficit? 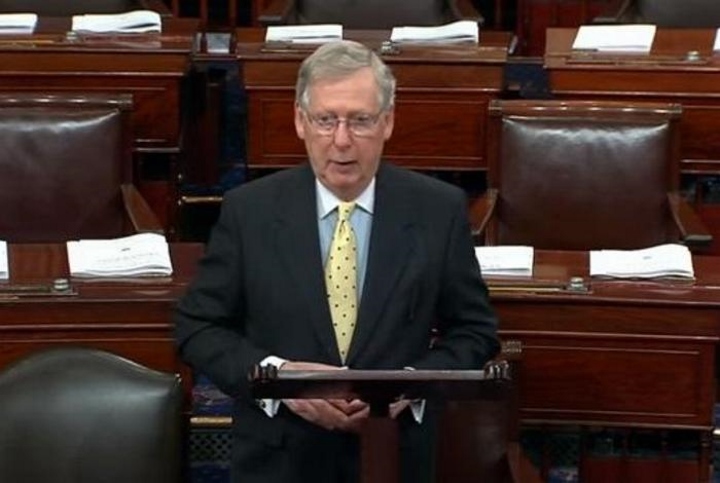 Its sponsors call the current Republican plans to blow up the deficit and lower taxes on billionaires “tax reform.” Others, less enthusiastic, call it a “tax cut.” After reviewing how the current proposal would have treated me had it been in effect during 2016, I look at it as a “tax increase.” I suspect that many other members of the Wisconsin middle class, reasonably comfortable financially but hardly wealthy, will also experience it as a tax increase.

This conclusion is odd because normally there is a tradeoff between deficits and taxes. Taxes can be lowered by increasing the deficit or raised to reduce the deficit. This notion is summed up in the saying, “You can pay me now or pay me later.” To both increase taxes and grow deficits at a single stroke is hard to manage. However, the authors of the Senate’s tax plan have achieved that remarkable feat.

Both columns started with the same adjusted gross income. After that, the columns started looking different. Using current law, under which state and local taxes could be itemized, itemizing led to lower taxes for me. Under the Senate’s proposal, however, with state and local taxes (other than sales taxes) no longer deductible under the proposal, itemization is no longer an advantage. Even using the new, higher standard deduction, taxable income for my family increased by about $9,000.

Oliver Wendell Holmes, Jr., in a dissent, famously commented that “taxes are what we pay for civilized society.” His friend Felix Frankfurter, recalling Holmes, wrote:

He did not have a curmudgeon’s feelings about his own taxes. A secretary who exclaimed ‘Don’t you hate to pay taxes!’ was rebuked with the hot response, ‘No, young feller. I like to pay taxes. With them I buy civilization.’

Normally I agree with Frankfurter. However, the Senate’s tax proposal is designed to create a new type of anti-tax curmudgeon. It would be one thing if my taxes were going up to reduce poverty, to draw down the government’s deficit, or to build a network of bike trails. While no one likes to pay more taxes, I would agree that those are worthy goals.

The goals in the Senate plan are hard to square with good public policy. First, there is the small matter of deficit expansion. After years of Republican warnings about the dangers of expanding deficits during the Obama administration, why do Republicans suddenly believe that deficits will create more jobs? When the economy was tanking, as it was in 2008, it made sense for the government to step in. After eight years of economic expansion, it is hard to believe the time is ripe to engage in a flurry of deficit spending.

Secondly, amidst growing concern about economic inequality, does it make sense for the government to engage in upward wealth redistribution that increases inequality? Most blatantly, the Senate proposal does this by doubling the minimum size of estates not subject to the estate tax; the House would eliminate the tax entirely. The Senate would also repeal the Alternative Minimum Tax, which helps assure that everyone, even those taking aggressive advantage of loopholes, make some contribution to the cost of government.

A third concern is how much the Senate proposal would increase the complexity of the tax code — despite claims to the contrary. It would add another income stream: payments from so-called pass-through entities, taxed at a rate much lower than ordinary income. Just as has happened with the lower rates for long-term capital gains, this is likely to lead to a whole industry to create dubious tax shelters whose sole purpose is to convert ordinary income into pass-through income. For example, many highly paid professionals will try to convert themselves from employee to consultant status.The government, in response, is bound to further add to complexity by issuing regulations aimed at preventing the most abusive of these tax shelters.

For a short time after the 1980s tax reform, both capital gains and ordinary income were taxed equally. Income from capital was no longer favored over income from labor. A friend observed to me that his accounting firm’s tax business dried up as a result. Since then the favorable treatment of capital gains has returned, and with it people needed more complicated tax returns.

A particularly nasty aspect of proposals to end the deductibility of state and local taxes (SALT) is that its supporters see this as a way to punish residents of blue states and beat them into submission. An Open Letter to Congress: Reduce Tax Rates for All Taxpayers by Eliminating Unproductive SALT Deduction makes this clear. Speaking of the blue states, the open letter claims that “abolishing SALT would force residents to take a much harder look at their state and local tax rates.”

The irony of this letter is that a number of studies have found that blue states, as a group, subsidize red states. By contributing more to federal programs than they receive back, blue states allow red states to contribute less federal dollars than they receive. Much of this disparity can be justified by the more dynamic blue state economies. Essentially the authors of the open letter, including a number of Wisconsin Republican legislators (including Senators Leah Vukmir, Alberta Darling, and Devin LeMahieu, and Representative John Nygren, John Macco, and Mike Kuglitsch) are trying to force Republican economic policy on blue states by raising the taxes their residents pay.

The major exception to the pattern of blue states subsidizing red states is the Medicaid expansion under Obamacare. Residents of the states that chose not to accept the expansion money—mostly states with Republican governors including Wisconsin—still pay federal taxes that contribute to this expansion without getting the benefits. However, this was never part of the plan. Governors like Scott Walker simply chose not to take the funds.

The basic rationale behind the deductibility of state and local taxes is that money that goes to pay taxes to one jurisdiction should not be taxed again by another jurisdiction. Without it money that is taxed by Wisconsin is taxed again by the federal government. It is particularly troubling to find this principle violated in an effort by a bunch of ideologues to force their views on an unwilling audience.

What is more even disturbing about this proposal than the increase in taxes on many in the middle class is the window it opens into the growing intolerance on the right, essentially saying “there is only one right way to do things and we won’t tolerate any deviation from that way.”

6 thoughts on “Data Wonk: Why Does GOP Want To Raise My Taxes?”