By Gretchen Schuldt, Wisconsin Justice Initiative - Oct 31st, 2017 12:28 pm
Get a daily rundown of the top stories on Urban Milwaukee 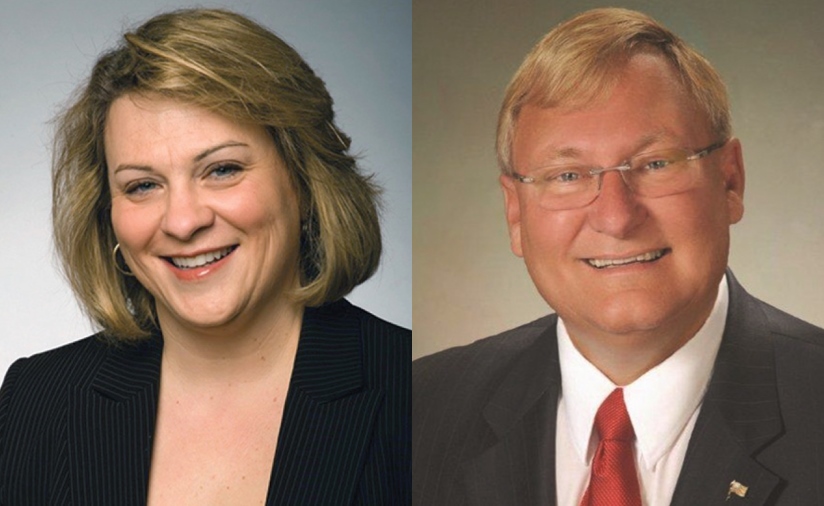 Police officers and firefighters accused of gross wrongdoing would stay on the job while he or she awaits a hearing before the Fire and Police Commission, under a bill introduced in the State Legislature.

The bill, introduced by State Rep. Janel Brandtjen (R-Menomonee Falls), and State Sen. Van Wanggaard (R-Racine) says that “no member of the police force or fire department may be disciplined by the chief of either of the departments except for cause and after trial ….”

Brandtjen is best known for advocating for aid cuts to Milwaukee unless the city took steps to cut crime.

The bill, according to a city Intergovernmental Relations Division memo, “would decimate FPC’s independence, create a local financial crisis, and severely erode community trust in the oversight of law enforcement” and “would add millions of dollars to the municipal budget and would create a dramatic financial burden that would reduce other critical city-funded services.”

The law now allows the fire and police chiefs to suspend employees for up to 30 days before a hearing.

The new bill would keep the officer or firefighter on the job for at least 10 days after a disciplinary recommendation. If the employee does not appeal before those 10 days are up, the discipline would take full effect.

It would cost about $1 million annually to fund police officer pay and fringe benefits while they are undergoing disciplinary processes, the memo said.

A new appeal path would be available for police and firefighters disciplined by the commission. Currently, appeals go to circuit court; under the bill, the appeal could first go to an arbitrator agreed to by both sides, then to circuit court. Arbitration and court costs would be at city expense.

The appeals process could take years, Curley said. “Meantime, the taxpayers are paying these folks,” he said.

Language in the bill would keep firefighters and police officers accused of gross wrongdoing on the job.

The bill also would impose a tougher evidence standard for disciplinary cases involving police officers or firefighters. The standard would change from “substantial evidence” that a rule or order was violated to “clear and convincing evidence.”

“Substantial evidence” means “such relevant evidence as a reasonable mind might accept as adequate to support a conclusion,” according to lectlaw.com; “clear and convincing evidence” means “the trier of fact must be persuaded by the evidence that it is highly probable that the claim or affirmative defense is true.”

The bill also would allow political parties to have more influence on the commission and the unions representing police and firefighters would each essentially have an appointment to the commission.

Current law prohibits more than three commission members from being in the same political party. The bill would require the mayor to select any members affiliated with a party from lists submitted by the “chief officer” of the Republican and Democratic parties.

The bill also would require the commission to meet in closed session with representatives of the affected union when the commission appoints either a new police or fire chief.

The bill even goes so far as to remove the executive director of the commission from the mayor’s cabinet.

An official office of independent monitor also would be created under the bill.

“This person acts as the principal staff of a first class city board, reviews certain situations or investigations involving the police or fire department, evaluates police and fire department policies and practices, and issues periodic reports to the public relating to the status and outcome of complaints that have been filed,” according to the Reference Bureau summary of the bill.

The independent monitor would serve at the pleasure of the commission and could not be removed by the mayor or the Common Council.

Under the bill, “a court or arbitrator must review the evidence independently and without deference to the board’s findings; must reverse the board’s decision if it finds that fairness or correctness of the action has been impaired by material or procedural errors; and must set aside or modify the board’s decision if it finds that the board erroneously interpreted a provision of law, or may remand the case to the board for further action that is consistent with current law,” according to the Reference Bureau report.

The court or arbitrator also would be required to reverse the commission’s decision if the board’s actions were outside of its delegated powers or were inconsistent with a board rule, policy, or practice,” unless the deviations were adequately explained.

The bill also allows a court or arbitrator to take additional testimony and depositions and to grant requests for additional discovery.

More about the Assembly Bill 606

8 thoughts on “Bill Keeps Accused Cops on the Job”